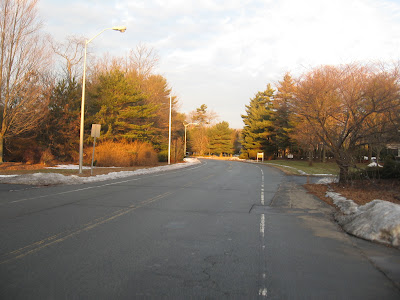 After finally realizing, (it took four years), that I could easily continue commuting by shortening my route, I managed to get two days of commuting before getting sick.

Those two days were pretty good, and actually being sick in January isn't all that bad. It would be better if the weather stayed below 50F, but it hasn't.

The shortened route has the dual benefit of daylight and very little traffic. As the daylight increases, so will the distance. Perhaps. Five miles is not a bad ride at 6:30 in the morning, and the quick return trip allows time to get to the Y for kick boxing classes.

Back to work on Tuesday probably, and that's about the time the temps will be a bit cooler.

This got my attention when I noticed a new building being constructed that looks like a clone of the one next to it, that is for sale. 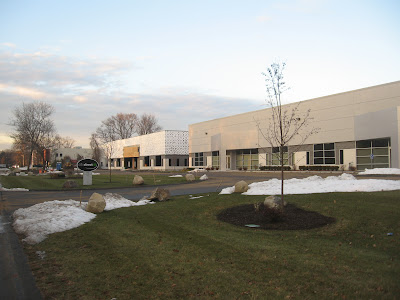 I struck up a conversation with the manager of the new department that was moved into the building. He came from Providence and was a regular bike commuter. I told him about my "dual mode" commute. (drive/bike). He showed some interest and we may ride together when he gets around to it. He is not union but sometimes we have to make concessions.

There is still room for at least a couple more bikes in the empty section of the warehouse. There is somewhere in the range of eight to nine hundred people in the building and four bike riders. If those who said "I would love to be able to do that" began riding, it would be hard to find a spot. 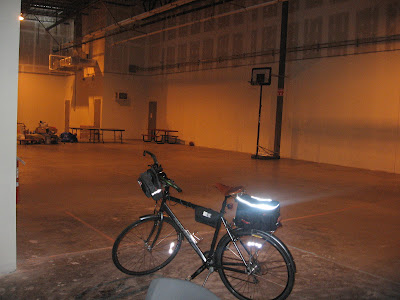 Personally, I don't know if I want all those people biking. It's kind of nice being the one singing off key and marching to that "other" drummer.
Posted by amidnightrider at 8:31 AM