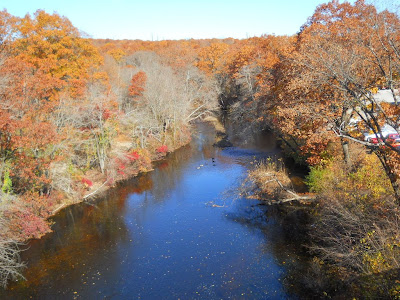 Heading south on Route 10, take the Cranston Street exit. Take a left onto Garfield Ave. and continue to the Lowe's plaza.


All the photos are HERE

The GPS route is HERE

It was a chilly start for this mid morning ride.  I found this route on a map given to me by the friends of the East Bay Bike Path last week.   It's around 30 miles round trip and it's a very interesting ride through some old mill towns of Rhode Island.  These mills were built of local stone and all of them have fast moving rivers with man made waterfalls which I suppose were used for power as well as a disposal system for the mill waste.  They were owned by men who immigrated from England for the most part which explains their resemblance to Castles of that country. 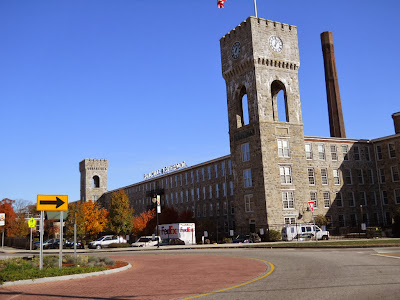 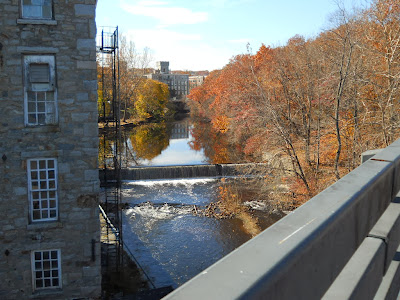 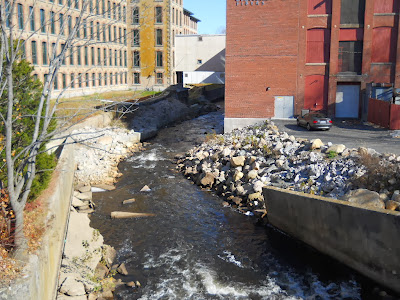 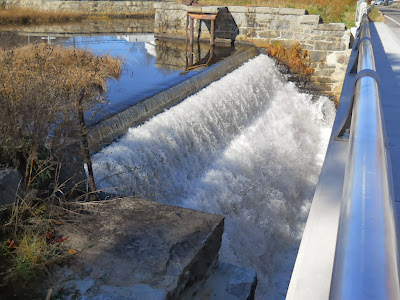 The first person I met was a man riding who had both knees replace. He said he was limited to around 30 miles on his bike, two or three times a week.  He was a local and gave me some good info on the area.   Sadly I didn't get a photo but decided after that to ask those I spoke to if they would agree to have their pictures taken.  I met two woman who were a hoot, but made me wait to take their pictures till the were satisfied their hair was in place.

Next I met the Coventry town worker who was responsible for keeping the path maintained.  He was just finishing up clearing the leaves and as you can see in the two photos, one would be hard pressed to find a leaf on his bike path. 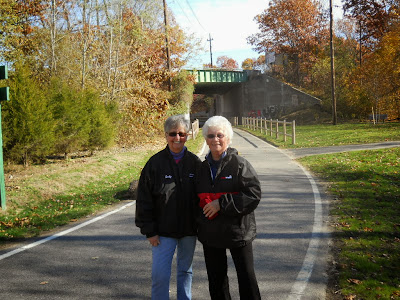 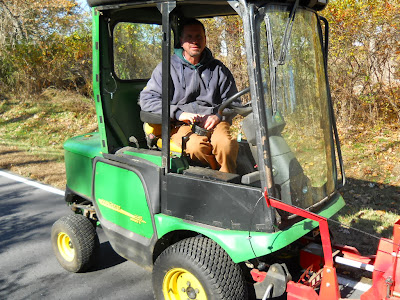 I was told by the locals that the path was being extended and would eventually make it's way to Connecticut.  Soon enough the closed sign appeared.  The path looked in good shape, there were no workers in sight, but there was a man and his dog up ahead walking the closed section.  He said it was probably OK to keep riding and confirmed that the best parts lay ahead.  Soon after I left them a town cop pulled up along side and I prepared to be chastised.  The officer was very friendly and asked if I had seen a suspicious character on the path.  I hadn't, and was relieved he made no mention of the path being closed.  Actually he warned me about some of the hazards of the construction up ahead and wished me a good ride. 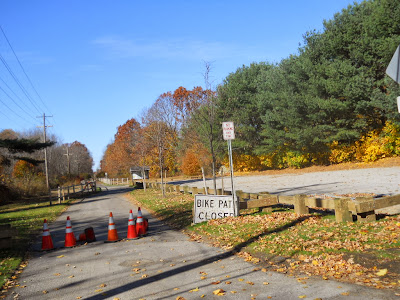 Kada and her human friend Sebastian 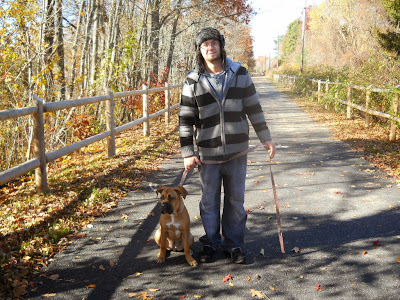 This is a beautiful path in the fall which retains lots of the rail structures and some very beautiful views bursting with character, color and small town New England charm. 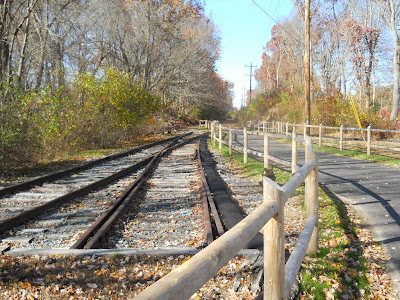 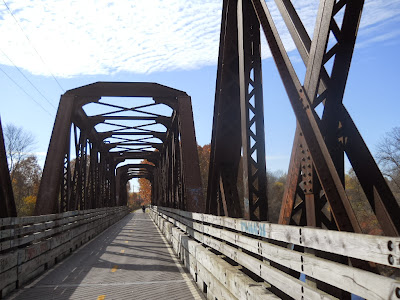 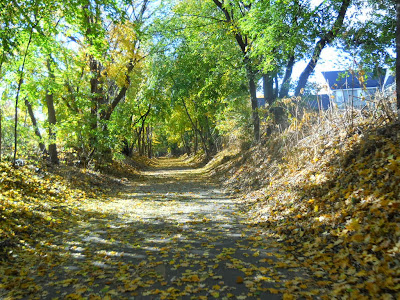 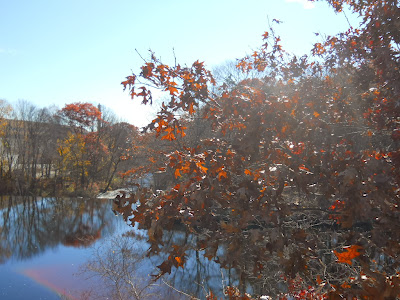 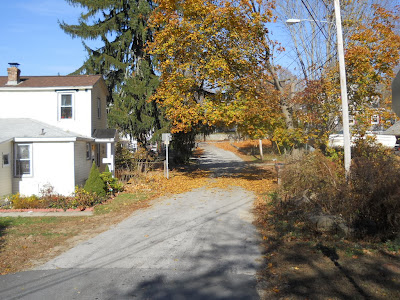 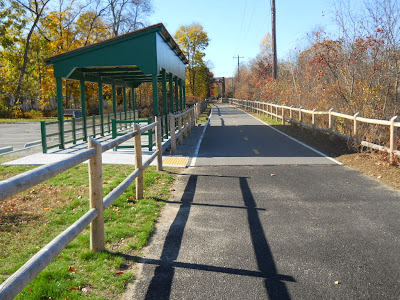 Posted by amidnightrider at 1:18 PM