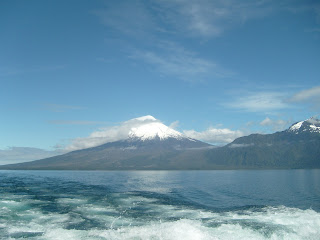 The second leg of our trip began with a two hour flight from Vina del Mar to Puerto Montt, Chile. At the airport we taxied the 20 miles to our destination where we had rented an apartment for the night.

Puerto Varas is one of Chile's most charming villages, located on the shore of Lago Llanquihue. Like Pucón, it is an adventure travel hub, and it is also the gateway to the Parque Nacional Vicente Pérez Rosales. Unlike its neighbor Puerto Montt, 20 minutes away, it is a spruce little town, with wood-shingled homes, a rose-encircled plaza, a handsomely designed casino, and an excellent tourism infrastructure that provides all the necessary services for visitors without seeming touristy. It can get crowded during the summer months, but not as busy as Pucón; seemingly because of its distance from Santiago. The city was built by the sweat and tenacity of German immigrants, and later it became a port for goods being shipped from the Lago Llanquihue area to Puerto Montt (mostly timber). Today most of the area's middle- and upper-middle-class residents call Puerto Varas home and commute to Puerto Montt and other surrounding places for work.

Todd and I decided to walk around town to see what it was about. The German influence was very obvious and we had read that this town was one of the place in Chile where Anthony Bourdainhad reviewed a quaint little place called Donde el Gordito.

You'll find great seafood here. Some of the fish is personally caught by the avid fisherman owner, El Gordito, who is usually on hand with his wife to wait tables and ring up checks. This little eatery, housed inside a downtown fishmarket, also has entertaining decor, some of it chosen by its owner and some of it given to him by the many tourists that luckily find their way to his food. 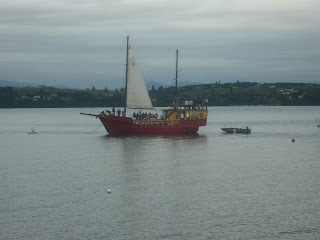 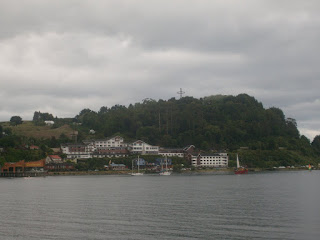 The German Influence in Puerto Varas 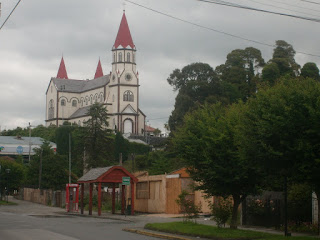 We boarded an eight am bus for the first leg of our  journey to Argentina. This tour is a very popular and highly recommend excursion. We stopped briefly at Parque Nacional Vicente Perez Rosales where we did a short hike to a white water rafting area.  I hesitate to use any adjectives because of what is to follow. 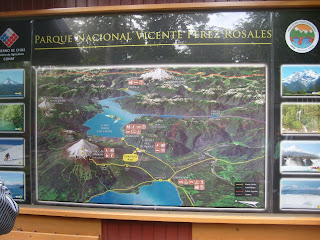 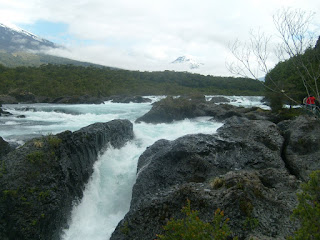 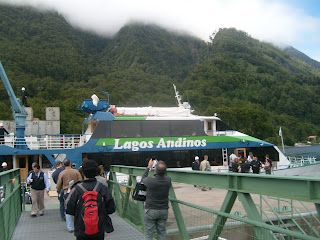 Our last stop in Chile 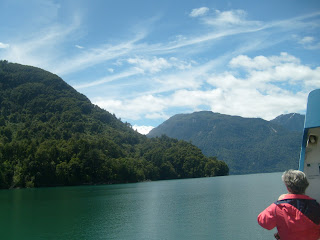 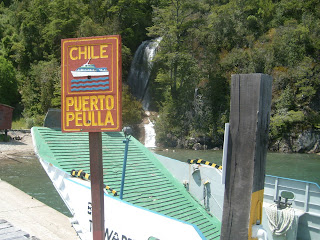 Puerto Puella was our transfer out of Chile.  After we passed customs we boarded a bus for the ninety minute, eleven kilometer crossing into Argentina by bus.  A dirt road was build specifically for this tour company to make the border crossing.  In reality the border is at the top of the Andes and special arrangements were made with both companies to accomodate this unusual crossing.  The Chilean driver and guide on our bus would make the trip with us, and change places with the Argentine driver and guide bringing people from Argentina into Chile at the Argentine border post.

This dirt mountain road was only wide enough to accommodate one vehicle. Visibility was only a few dozen yards because of the winding road through the jungle.   The drivers were in constant contact by satellite radio and an opposing bus always knew where the other was. If one got to a pull out cut into the road, the drive would pull over to the side and wait for the other bus to pass.   While traveling I did notice four different bicycle tourers making the trip from Argentina to Chile.  Except for bicycles, no private vehicles were allowed on this road. Only the tour company cars and buses with radios.

The bus made a couple of stops for us to take photos. 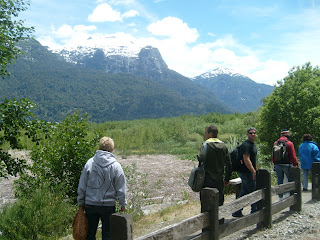 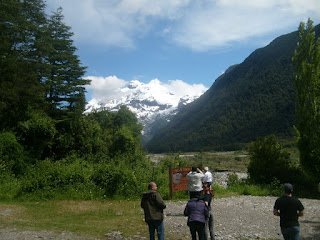 Border Crossing into Argentina
on a dirt mountain dirt road in the jungle
on a bus.   Nice. 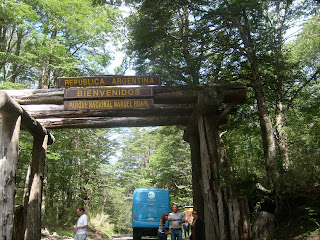 In Puerto Frio we passed customs and boarded another boat for a twenty five minute crossing to Puerto Blest. The total crossing from Puerto Varas Chile to Bariloche Argentina was four buses, four ferries and a three kilometer hike. 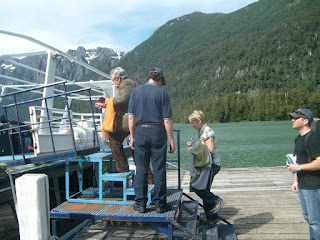 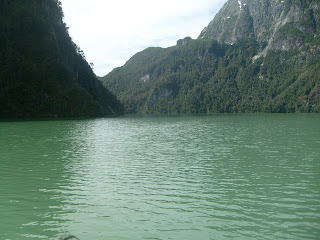 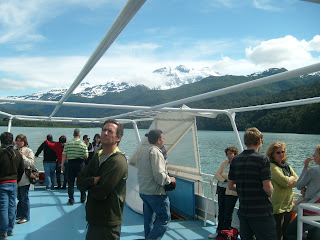 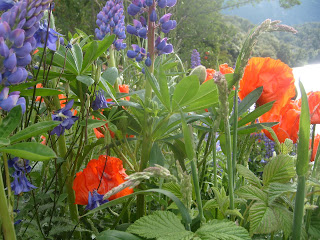 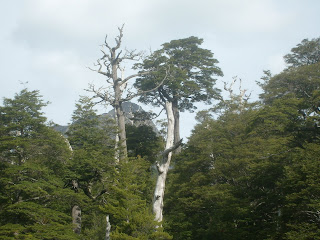 The Ferry for the Crossing to Bariloche Argentina 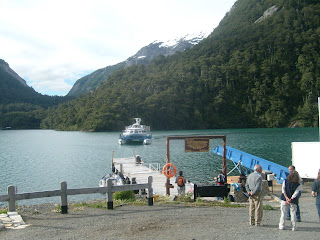 Thirteen hours after leaving our apartment in Puerto Veras we arrive in Bariloche.  A final bus ride will deliver us to our hotel and accommodations for the next four nights.  Bariloche will be our base camp for our hiking excursions into the Andes including a long moderate climb to Monte Tronador Glacier.

That will be the next installment.  For now I'm off to our room in the quaint Hotel Tyrol 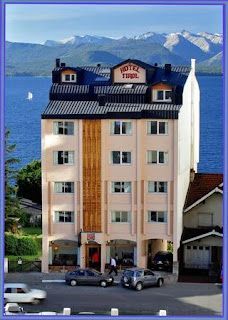