Sue and I took a local bus to Boston to begin our trip. We spent the day wandering around the city before catching an evening flight to Miami. After that three hour flight we had time to relax a bit before boarding for a nine hour trip to Chile 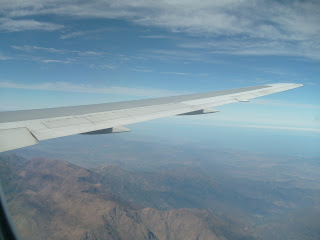 Flying into Santiago was quite a sight. During final approach the mountains came into view and it looked like we could reach out and touch them. The boys met us at the airport and took us to lunch at a very eclectic Vina Intomita winery
Vina Intomita 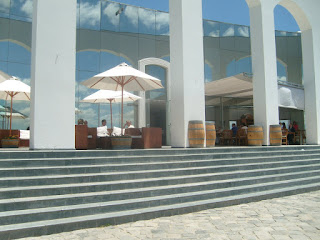 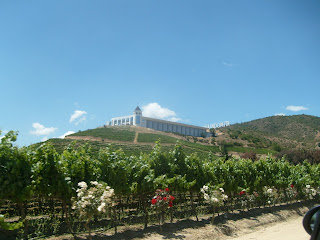 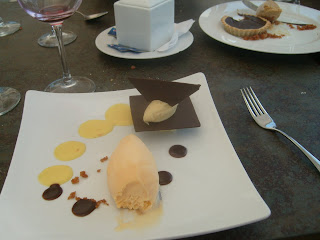 We are staying at Cap Ducal which is a ship replica and a very cool hotel. We got the top floor and that is considered the penthouse. It. seems kind of pretentious but it´s cheaper than getting two rooms. 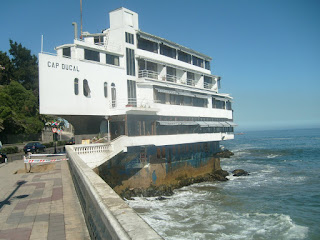 The San Francisco of South America. If you like hills this is the place for you. And bicycles. Chile is full of them but every one ride on the sidewalk.

The city does not make a good first impression. It takes some getting used to for sure. We took one of the many trams to the top of the city where there are two very distinct districts. German and English. As usually there is lots of walking on our trips and after doing that for a couple of hours we lunched at a recommended place in the English section. We could hear a concert going on and we moseyed on down to the sound of music and ended up in a very hippie-ish festival. At first Valparaiso was big, busy and different and it took a couple of hours to relax and really start to appreciate and enjoy the city. 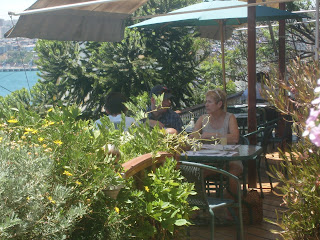 Housing in English section of Valpariso 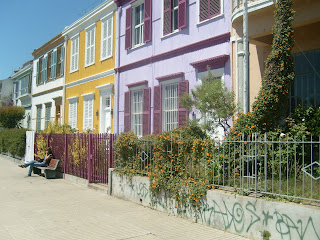 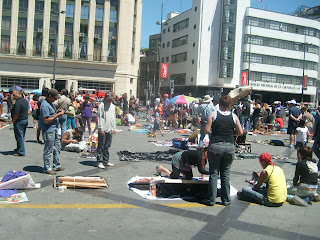 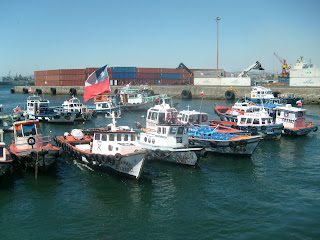 This day we traveled down  the Chilean coast to Concon. We spent most of the day in the yuppie town of Cachagua. It looks a lot like a Spanish Newport R.I. Lots of rich high school kids were beginning their summer vacations a meeting on this surfing beach. 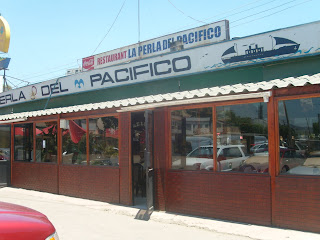 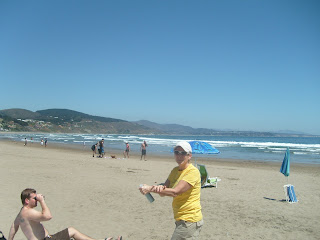 On the drive back to Vina del Mar we spotted a commotion on the ocean. Seals were herding fish toward the shore and tens of thousands of birds got a fest. The most interesting were the huge pelicans making their dives. As soon as they surfaced they were overwhelmed by small birds picking at the fish in their beak. They had to do some fancy foot work to be able to swallow their catch. 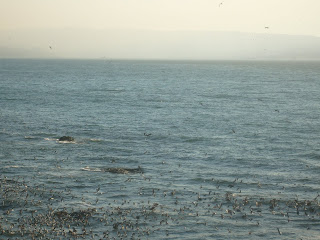 Day four is New Year eve and we don´t dare move our car out of fear that we will never find another parking spot. It a three fer today. New Years eve, the blue moon and the bicentennial of Chile. Our rental was is good hands in the lot with Ricardo. Evey time we drove up he would greet us, direct us to parking and offer to wash the car.  Being a rental, we had no reason to wash it, but I did tip him daily to keep an eye on it. 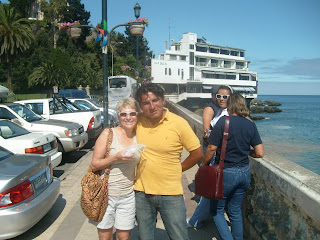 Since it is impossible to get any kind of reservations anywhere, and at the asking prices it´s a good thing, we decided to go it on our own. We trekked into town and bought an electric grill. Keith met a friend who bussed in from Argentina and they shopped for food. The hotel sent up plates and silverware and we will set up a barbecue on the deck outside our room.

When we booked this room in June the hotel was very hesitant to sell it to us. We had no idea how big a celebration this would be. New Year, full moon and the bicentennial of the country. The kids will be leaving for Valparaiso soon after dinner and ma and pa will hang out near the hotel. We have to leave early to catch a noontime plane to Puerto Montt on New Years day.

Sun set´s around 9:30 pm this time of year and you can bet the party will be in full swing long before then.

New Year Eve Vina del Mar, Chile
We hosted a party at our suit that was an international success. Ecuador, US, Chile Canada and Holland were represented. The surprise guests were two young traveling Dutch women. Both were twenty five and had spent the last few months hiking many of the South American countries. It's amazing and refreshing how someone so young can travel alone in often times third world areas and try to avoid the tourists areas, preferring the beauty of nature in the remote sections of places like Peru, Ecuador and Uruguay. There was also a young Californian gal who is working as a river guide in Chile. All three were invited by #1 son Keith who has spent the last few weeks traveling in Central and South America before meeting up with us.

The fireworks display was fourteen barges space out in the harbor and spanning three cities. The synchronized display drew locals by the tens of thousand to the waterfront and the aftermath made the area look like a bomb had gone off when we departed on New Year's morning.

There was plenty of food and drink to go around and our rooftop deck was the ideal place to watch the activities. Overlooking our humble barracks was the President of Chile in her summer retreat.
When we left for our next destination we gave the grill to Ricardo. He was thrilled.

Fireworks on the Harbor 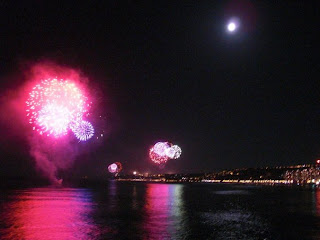 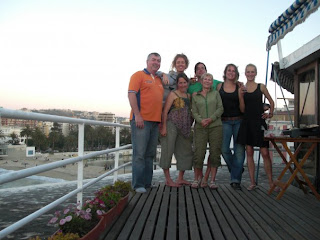 Puerto Varas
The next stop was Puerto Varas, Chile for a one night layover before traversing by land and lake to Argentina. The highlight of this town was dinner at Donde Gordito a quaint little place that was featured on the tv show "No Reservations" with Anthony Bourdain.

The journey to Argentina was a spectacular combination of bus, ferry and hike, from Puerto Varas, Chile to Bariloche, Argentina. The photos will tell the story in part 2.  Journey to Patagonia