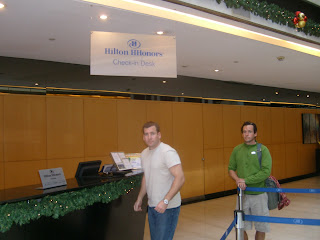 We boarded LAN airlines in Bariloche for the two hour flight to the Atlantic coast of South America, Buenos Aires.  Todd does a ton of business travel and is a Hilton Platinum member.  With that we were able to get five star accommodations in the city for a three night extravaganza to put an exclamation point on our trip. 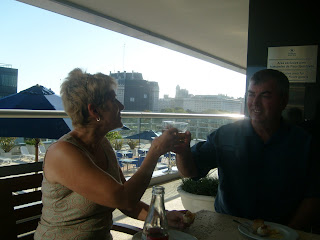 The Hilton has second happy hour at 6PM.  Our ritual was to meet at the bar, have a couple or three bourbons, some light tapas and check the internet.  Then it was time for a two or three hour siesta before going to town for a 10:30PM dinner.  We chose restaurants that were recommended by friends who had visited Buenos Aires and a couple from different tour books we had.

Day 2 in Buenos Aries we taxied to the Boca district specifically to tour the Boca Jr. stadium.  To say that Boca is one of the premier sports teams in the world, their stadium left a lot to be desired. As a matter of fact, our local amateur pitch would give it a run, if your don't count the game atmosphere of course.

Louis who gave the tour was gracious enough to repeat everything for the four English speaking fans, (us).  He told some really off beat stories, for example. 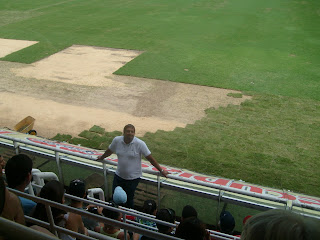 The visiting team enters through a very small doorway, the locker room is tiny and there is no hot water provided. Many times the teams arrive in uniform, and shower back at their hotel.

Ma and Pa at La Bombonera 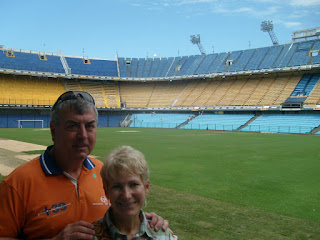 The Stadium at gametime

We ventured into the Boca district nd lunched at the artisan section. Tango dancers entertained while we tried to eat very bad food.  Overall the experience was a good one. 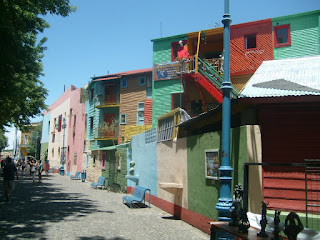 Dancers entertain while we lunch 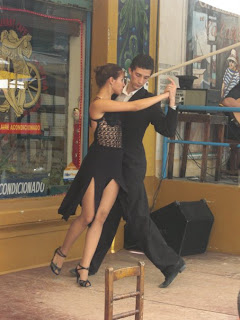 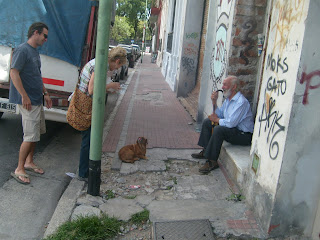 Day three was more sightseeing.  After visiting the art museum and the exhibit of Andy Warhol we visited a very funky cemetery in the Recoleta district, which is a bit like the Upper East Side of Manhattan.  Here is a the cemetery where Evita Peron is buried. The grave are mostly above ground, like New Orleans but these are big and gaudy. They could be the tombs of kings or queens. The caskets and their inhabitants are visible through the glass doors of many of these "little palaces."  This is a neighborhood, a barrio, exclusively for the dead. Necropolis, where one can also see stairs going down into semidarkness where you can just make out more shelves holing more inhabitants. Probably where previous generations "live"

There are long avenues of "buildings" in varied architectural styles--art deco, classic Greco-Roman, gothic, modern--block after block, and entire metropolis just for the dead, built on a slightly reduced scale from the real city outside the high wall that surround the cemetery. 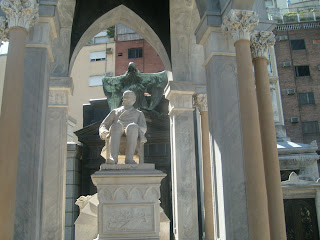 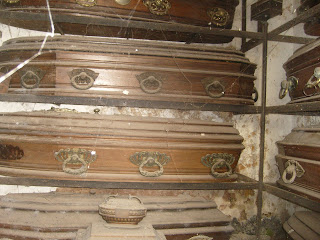 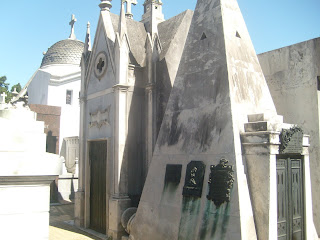 We had a 9:30 PM flight to JFK and the day for a walking tour of the city.  This day the temperature soared to 97F with high humidity.  When we were out in the sun it was stifling.  The shade was a welcome reprieve.
When we looked at a map of the city we realized how tiny an area we were able to experience in four days. Pretty much two grids on a giant map.

Buenos Aires is the Paris of the south, due to its wide avenues, cafes, and nightlife. Avenida 9 de Julio is the widest avenue in the word. If the obelisk wasn't set in the middle of this boulevard you could easily land a 777 in the middle of the city. Located in the temperate zone the Argentines tend to see themselves as more European, and more sophisticated than their Brazilian and Chilean neighbors.  It's felt and seen in the Argentine architecture, cuisine and clothing.  I have to say the the women dress very sheik and the men handsomely.  I rate Buenos Aires four stars for class, and the Patagonia of both Chile and Argentina get my highest rating.
Pedestrian Bride at Puerto Madero 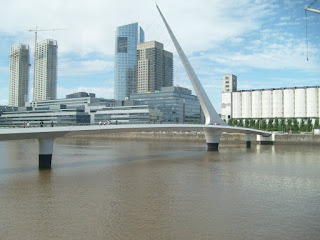 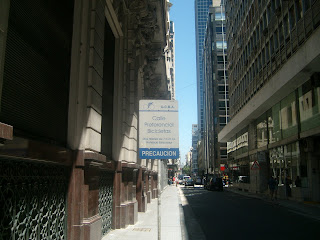 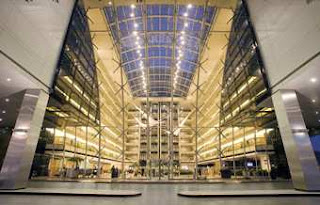 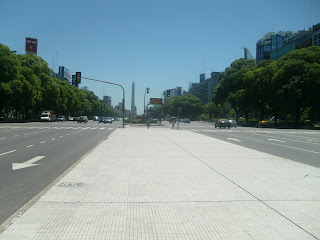 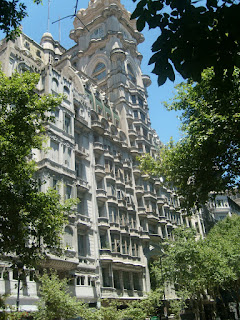 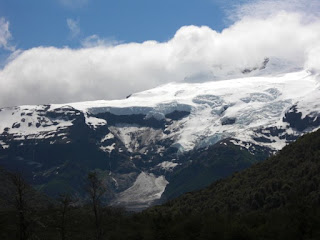