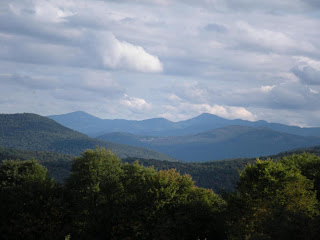 Do you know of Adventure Cycling? It's a place where bicycle touring people post their rides and it's a great resource for those like myself who are researching rides, pretty much anywhere in the world. Except Canada. That's probably because of me no doubt. I don't want to seem paranoid, but the world is against me.
The original plan was to drive to Albany, NY, take the Adirondack Amtrak to Montreal and ride to Toronto. From there we would ride around lake Erie to Niagara Falls then Buffalo NY. The Erie Canal route would take us from Buffalo back to the car in Albany. The glitch is that Amtrak does not accommodate bikes from Albany to Montreal.

We looked at the C&O/AT ride from DC to Pittsburgh and also the Natchez Trace from Mississippi to Nashville. Crazy guy journals dissuaded us from both of those rides. Then along came the Adventure Cycling magazine. That's where I saw a couple of rides just around 400 miles. One in Vermont and one in Upstate NY. Both look like they are right up our alley. Also a repeat of the Erie Canal tour of 2008 is a possibility.

I just ordered one of the maps from Adventure Cycling, the Adirondack Park Loop.

Here is a link to a few journals of that route. As you can see, the ride has a few rollers and at least one mountain to climb. 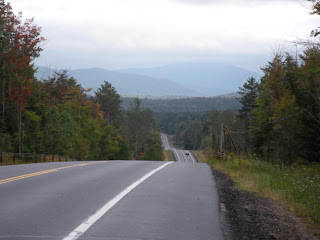 As usual, the plans are constantly changing.  We have a route set in stone, then either something about it sours our desire, or a ride more interesting pops up.  In 2008, we did not decide on which area to tour till we were pretty close to leaving home.  This summer, it's the Adirondak loop. And that's final.

Unless we do the the Green Mountains Loop 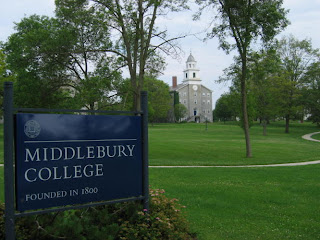 Posted by amidnightrider at 5:27 PM 8 comments: Links to this post 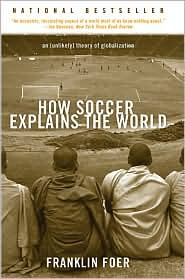 All of the bicycle books have been read and it's time to move on to other subjects.  The only sport I watch is football or as us yanks say, soccah.

One of the boys got me this book as a Christmas gift and it's a page turning eye opener.  This may replace my favorite soccer book "Fever Pitch" I'm not far into it, and it's really got my attention.

Franklin Foer travels the world from Brazil to the Ukraine with plenty of stops in between probing and observing. The stories he tells demonstrate how trends in soccer are a reflection of globalization. The book shows the effects of globalization at a cultural and national level as well as its effect on the lives of individuals. The individual stories are the glue that holds the overall narrative together.

Posted by amidnightrider at 12:28 PM 2 comments: Links to this post