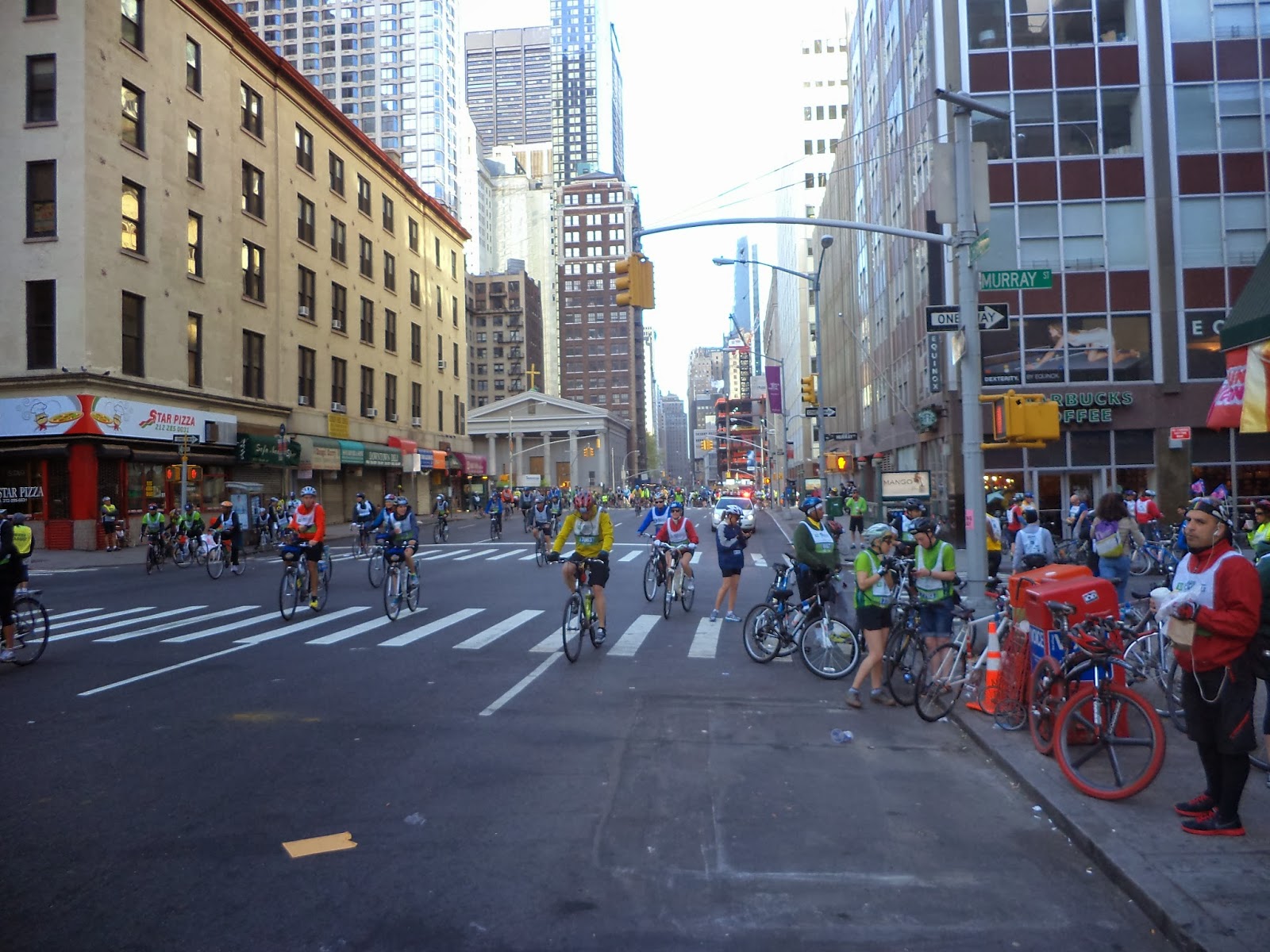 -Explore the Cape on quiet back roads.Follow the Buzzard's Bay shore to Woods Hole, then on to Falmouth, heading back past ponds and pine woods, finishing with a run along the Cape Cod Canal. The long ride crosses railroad tracks several times - take care on the acute-angled crossings

-This ride is close to home, yet very scenic with some fine stretches of farmland. Short ride goes through Arnold Mills. The longer rides go by the Diamond Hill Reservoir, and the Big Apple orchard in Sheldonville. 50-miler heads north to Medway, returning thru Franklin and Wrentham.

-This is one of the Narragansett Bay Wheelmen club rides.   Lots of rolling hills through northwestern  Rhode Island.

-The TD Five Boro Bike Tour Presented by REI offers 32,000 cyclists the opportunity to bike through all five boroughs–Manhattan, The Bronx, Queens, Brooklyn, and Staten Island–on streets totally free of traffic. The event is co-produced by Bike New York and the New York City Department of Transportation.

Ride Into The Sunset

- Ten Speed Spoke bike shop in Newport R.I. sponsors a really nice ride around the island annually on the Thursday closest to the Solstice.   They provide pre-ride fruit and drinks and post ride pizza, water, soda, and this year ale.  You got a ticket for two drinks after signing the waver with the ride rules.

-Starting in Swansea, the ride travels into Somerset along the

Taunton River. In Berkley head to Dighton Rock State Park.
The rock itself is an 11-foot high “glacial erratic” boulder,
Covered with petroglyphs of ancient and uncertain origin
(explanations range from Portuguese explorers, to Vikings,
to Native Americans). The rock once rested on the shore
of the Taunton River but is now enclosed in a museum
(open to late September). Thanks to Bob Paiva for
the 50 mile extension.