It's Not Only About Biking.

Three of us spend last Sunday hiking the Blue Hills.  I had such a great time I did it again today with Sue.   There are a couple of steep climbs but they are not long and all of us can traverse them with a moderate amount of exertion.   The Hills are a 40 minute drive which puts them well within the range of a spur of the moment hike. 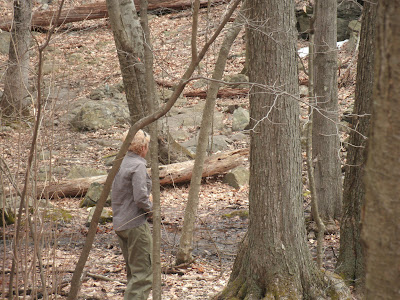 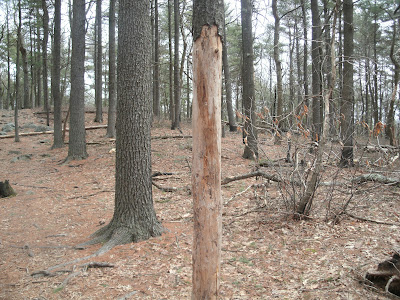 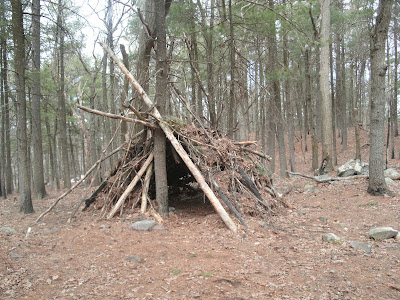 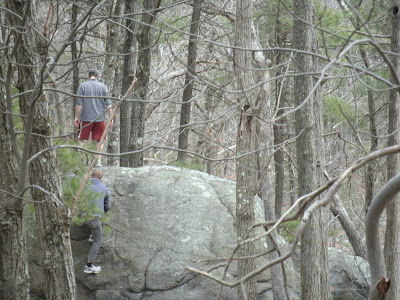 The highest point is always the lunch spot.  Very often, passenger planes buzz us on their final approach to Logan Airport in Boston.  Not this day though. The wind was not favorable for this approach pattern. 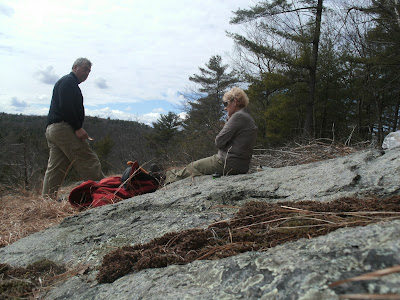 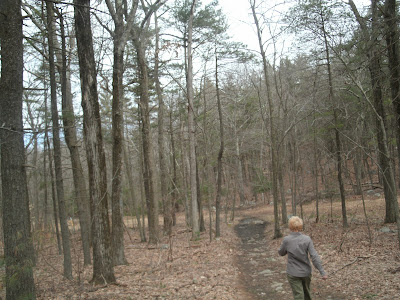 Spring Hike In The Snow 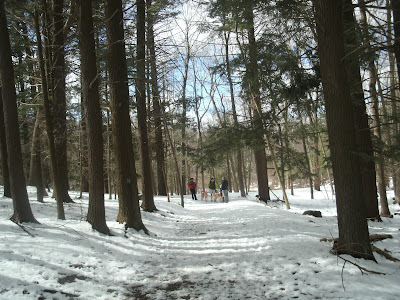 We wanted to go to Boston to visit the International Bike Center where I had been a few years ago and was awed by the size and scope of the place.  Two floors of bikes and bike gear was like Nirvana for me.

David said, "Nah, I'll pass".
I saw David a couple of days later and suggested we go for a hike in the Blue Hills near Boston.

"After the hike we are going into the city to look at bikes at International Bike Shop.   Is that OK with you? "

"Sure, I have nothing going on Sunday", said David.

I had gained a few pounds over the winter and was worried how I would handle the hills during the hike.  It all worked out just fine.    The bike shop was disappointing.  It wasn't as big as I remembered and the selection was limited to Trek bikes and a couple of very high end professional bikes, one was on sale for $14,000.    In the future we will stick to REI in Cranston R.I. and Travis Bike in Taunton, MA.   REI has a much better selection and the prices are much better that International. 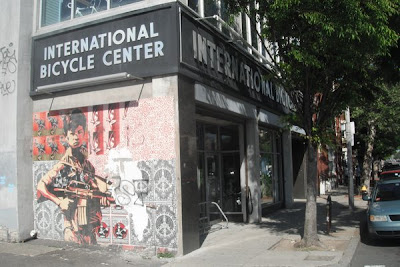 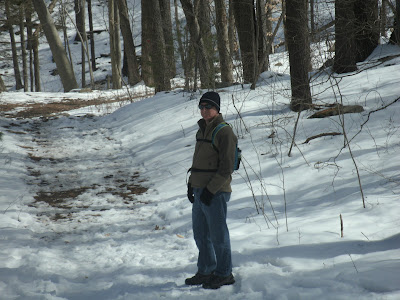 Lunch at the top of Skyline Trail 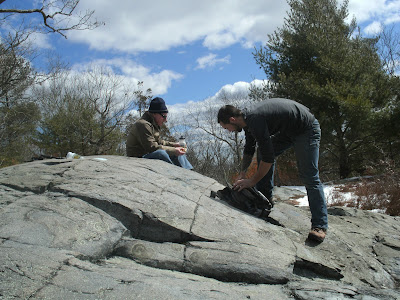 Sometimes we were hiking in the snow 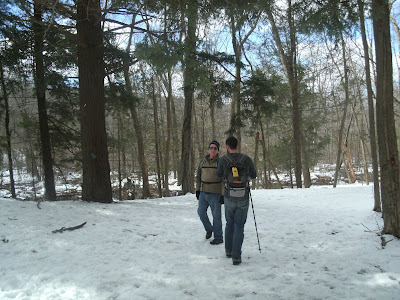 Most of the trail was free of snow but not dogs. 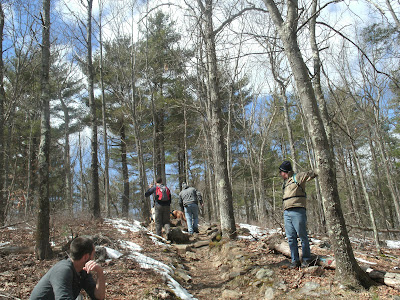 The trail got steep in places. 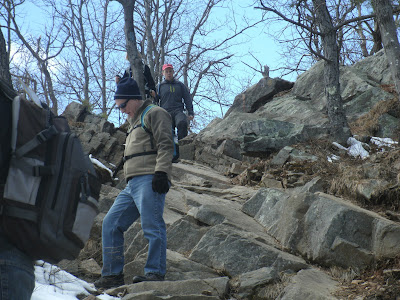 Posted by amidnightrider at 4:39 PM 2 comments: 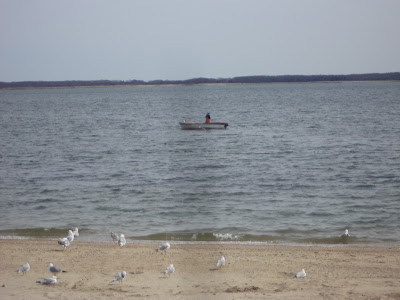 The weather is not great but it's good enough to substitute biking for cardio at the gym.  After a decent workout with the weights and a nice hot shower, it's time to hop on the beater bike for a 15 mile round trip jaunt to the south end of the city.

After a lengthy stop at the coffee shop I decided to continue south along the beaches of the peninsula.  I spotted the lone quahauger digging off East Beach.  It seems the standard time photographer had the same idea but he decided to put the lighthouse in the photo.  I went for a different look and purposely left out any landmarks.  (or river marks).

On the return ride home while passing through the Staples Lot in Fairhaven, I noticed this "Lark" at the drive in window of McDonald's.  I had to double back for this shot. 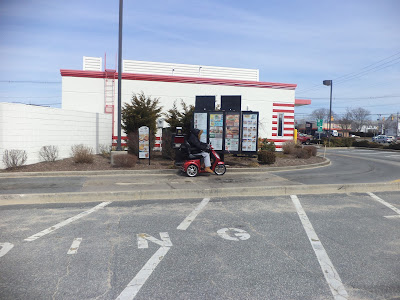 The Orpheum  theater in New Bedford's south end was quite the cat's meow in it's heyday.
See the documentary HERE 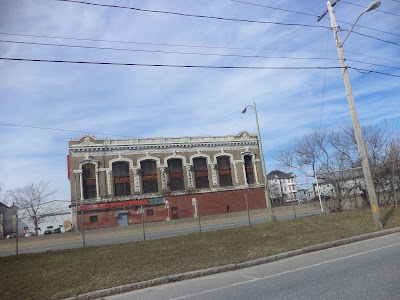 Posted by amidnightrider at 7:55 AM 2 comments: 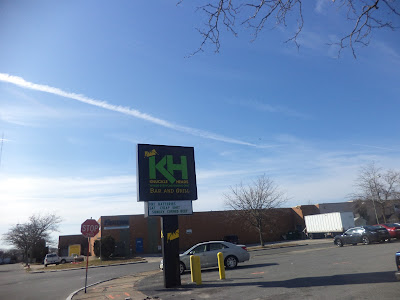 I wanted to hang around downtown New Bedford for the half marathon, take some photos and meet up with friends at the finish line.  I took the bike to the south end of the city for coffee at the Center Cafe where I always run into someone I grew up with and only see there.  Not this time though.


Gifts to Give in New Bedford 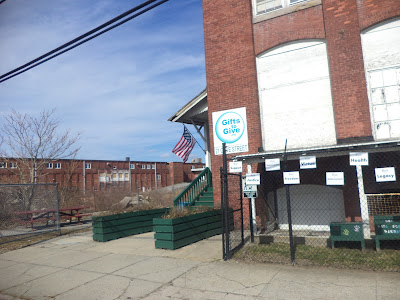 I began the return trip to the city and when I got into the open section along the beach the wind hit.  Yeowza was the first thing that came into my mine.  It was windy and cold.  The race hadn't started yet but this section is notorious for being the worst part of the run because of the wind.  Add the 34F temperature to a 20 MPH wind and you can imagine being out in that in a t-shirt and iddy bitty shorts.  After running into a cold headwind the participants have a 1/2 mile of flat protected turf before the long 2 mile climb to the finish line.   They piss and moan here along the water,  but at the end, they are so proud they finished. 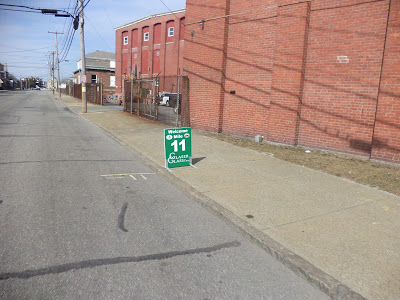 I was happy to get back into Fairhaven and happier when I got home.  I felt like a Popsicle by the time I pulled into the garage. 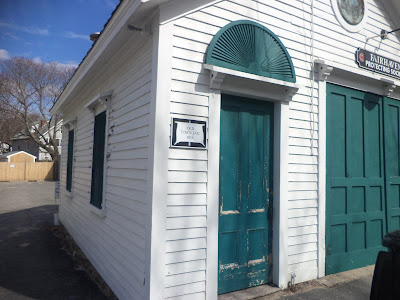 Today will be marked at the first day of the 2013 biking season.   After spending an hour at the fitness center doing weight work, I decided instead of doing cardio on a stationary machine, it would be a better workout to go on a long bike ride.

The single speed was a good option to ride into the city, (New Bedford, MA) and head down to the peninsula and the Center Cafe.  It's a quiet little place where the locals hang out.  Spring was definitely in the air with the mild weather and to top things off during the ride,  I ate my first bug of the season.  mmmmmm.

On the ride into the city just missed getting over the bridge before it opened to boat traffic. People on bicycles or walking lose about 5-6 minutes.  Those in motor vehicles can lose up to 12-15 minutes because of the traffic backups.

Heading out to sea 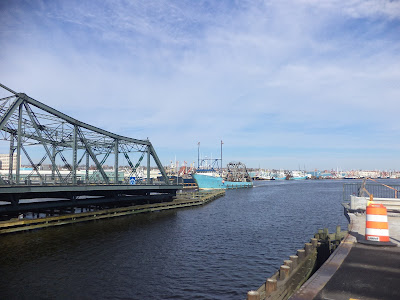 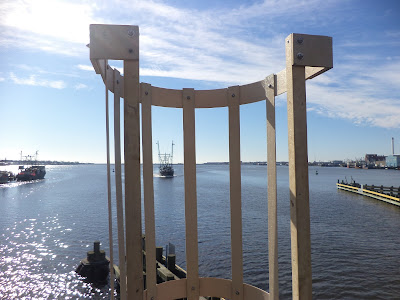 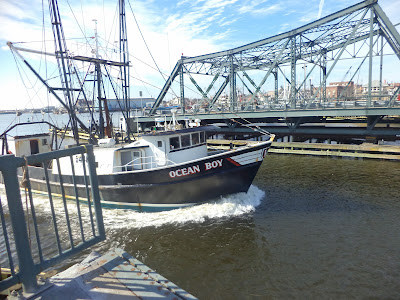 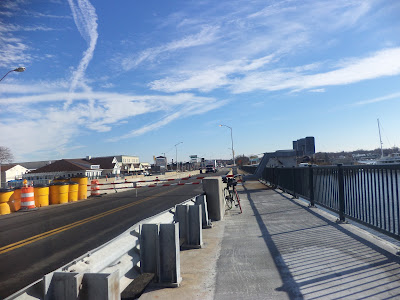 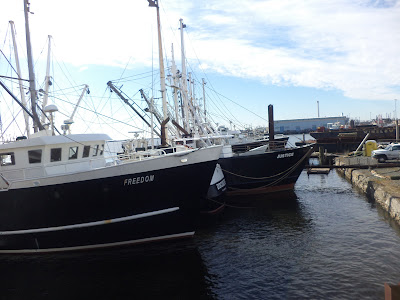 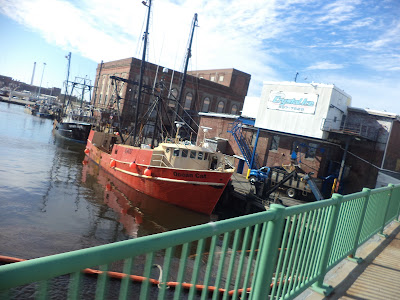 I don't usually say this publicly, but I know both of these guys.
Big Al, everybody's pal, protector of women and Dave. 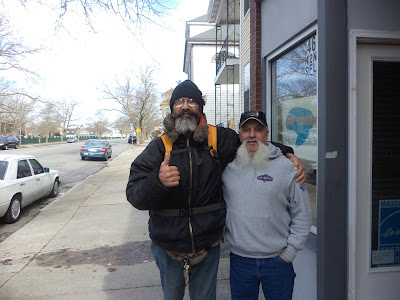 I spent so much time riding the bike and chewing the fat at the cafe that it was time for lunch.  Hungry Heroes used to be a chain sub shop til the owner got fed up with all the rules of running a franchise.  He oped out and opened his own place and offers a much better product. 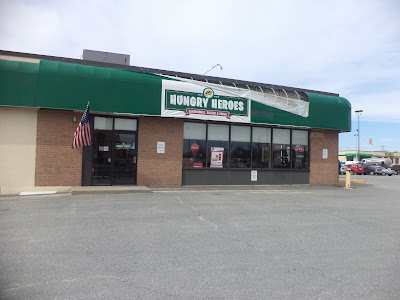 Posted by amidnightrider at 12:05 PM No comments:

Any Day Now. Any Day

Just when things were looking up for riding weather, another storm dropped a few inches of snow.   It will be in the 40's for the next few days which will put a good melt together.   Then the riding will begin.   Till then I'll play the Jeopardy jingle in my head over and over and over again.