After the New Bedford Bike Committee yesterday, a couple of us talked of the line of sight video.  It's a full length production and the first time I watched it I moved around the video to see what this was all about.  I finally sat down and watched it end to end.    You should also.  It's good. 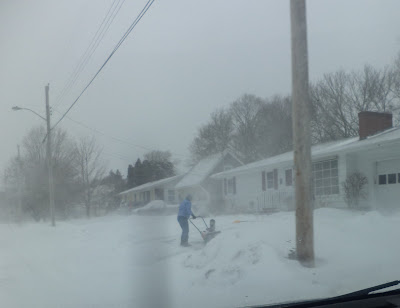 My neighbor using a snow blower in 40 MPH winds.
Click any photo for big.  Click again for bigger.


In between the snow storms there was enough warming to clear the way for some bike riding.  It wasn't long rides but were the jaunts around town to run errands, go to the gym and stuff like that. The January total of 130 miles is about double the combined January miles from 2005-2012. 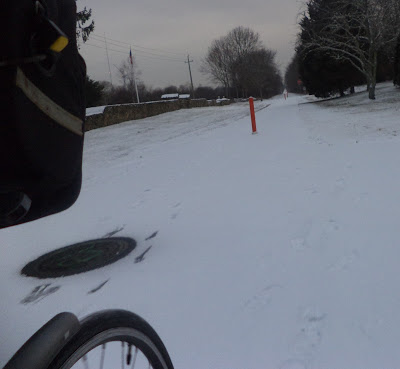 Soft fluffy snow is pretty easy and lots of fun to ride upon.

I missed the great blizzard of 2013 because I was attending a wedding in Florida.  I was pining to be back in the Massachusetts during the storm until the power grids began to fail.  Number 3 son was home and rode out the storm and the 22 hour power outage.  He said it wasn't that bad and the ice cream in the fridge survived nicely. I was stuck in West Palm Beach getting sun burned.  Oh the humanity. 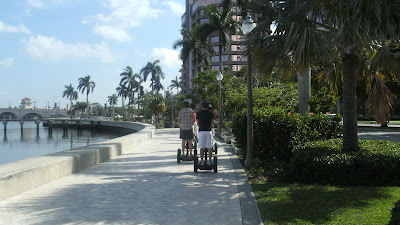 We came across a dog festival in West Palm.  Doggypalooza was an awareness feast for dog adoption.  Normally one would only see the small pampered dogs in the Palm Beach area. They are often all dressed up and it's not unusual to see them being transported in doggy carriages.   During doggypalooza however lots of the big boys came out.  Both Sue and my favorites, the pit bulls, were well represented here.   When treated and trained correctly, the pit bull is one of the best dogs to own.  In the olden days of Spanky and Our Gang, the pit bull was considered the nanny dog because they would be so protective of the toddlers and children. 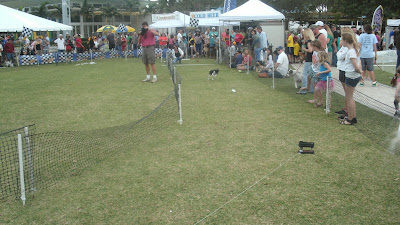 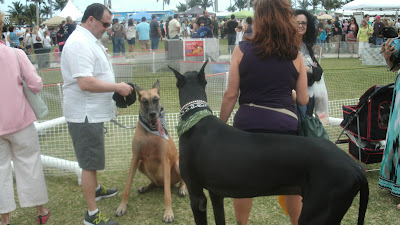 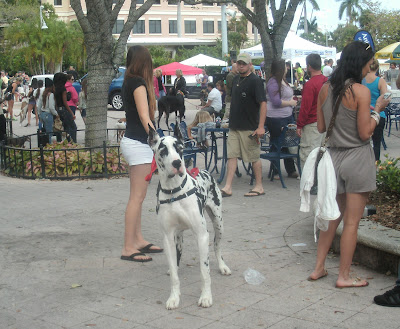 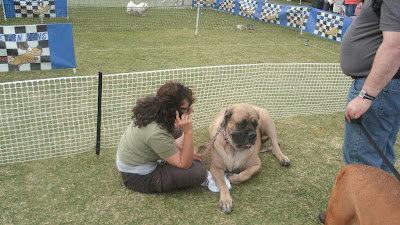 For now, it's back to the winter wonderland.  And I'm happy to be back because I really like winter in the Northeast. 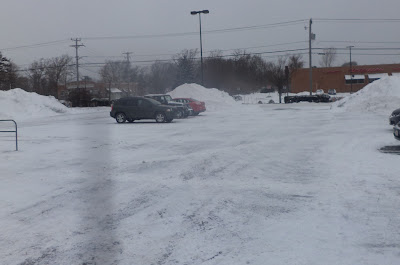 Posted by amidnightrider at 4:21 PM 2 comments: