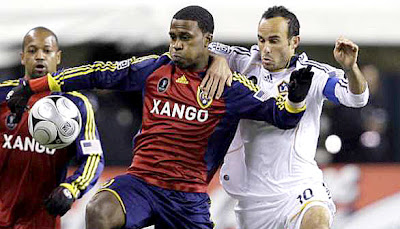 Donovan misses one penalty in his career and it's for the World Championship.
Posted by amidnightrider at 5:19 AM 3 comments: Links to this post 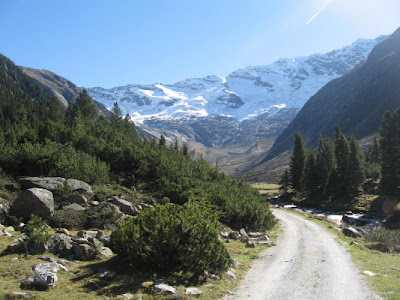 Touring on a bicycle allows us to do and see things that usually pass us by if we are using another mode of transportaion. The slowness of bike travel allows the rider to see hear and experience things in a whole different way. It can get dicey but in general it's one of the best vacations a person could have.

The Crazy Guy on a Bike website has been a boon for those who tour on bicycles. The journals can be entertaining, a good source of research and a place to fantasize in the off season. Another important benefit is that it can also eliminate a tour choice. That was the case with DC to Pittsburgh, where every journalist complained mightily about the condition of the trail. Rain makes the canal impossible to ride. 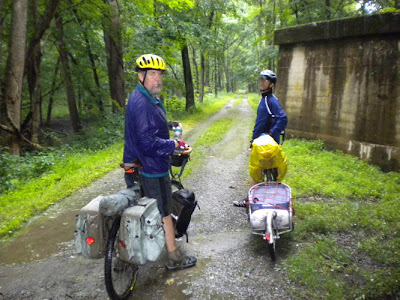 We soon discovered the The Underground RR bike route. This is a 45 day ride from Mobile Alabama to Owen Sound Ontario. Just over 2000 miles. 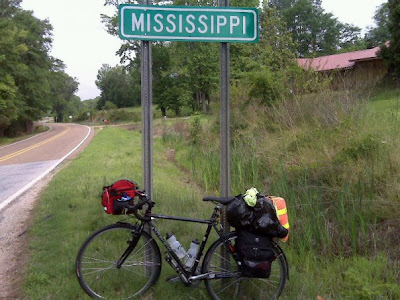 Next came The Natchez Trace bike route. We were talked out of them by people who had done journals and both seemed like the only reason to do them was to say you did them. The C&O can turn into a mud pit very quickly and the Trace and URR present challenges that personally neither of us care to undertake. 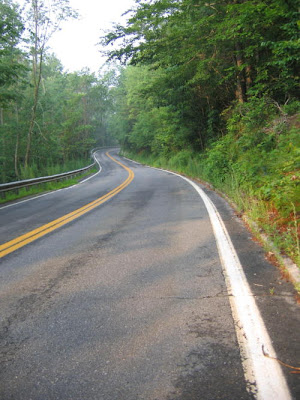 We have things narrowed down to three rides. Two are door to door round trips and one is 5 hour drive on top of a six hour train ride. The later is the Erie Canal, which we did in 08. We want to do it again but differently. We had a time constraint that forced us into too much rushing. 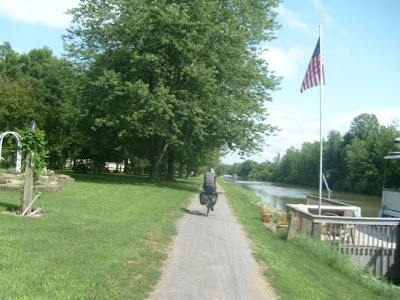 Another choice is riding Cape Cod and Martha's Vinyard. This one is really easy for us and although we will be out riding and camping for a week, we will never be more than 80 miles from home.

Crossing the Canal on the Bourne Bridge 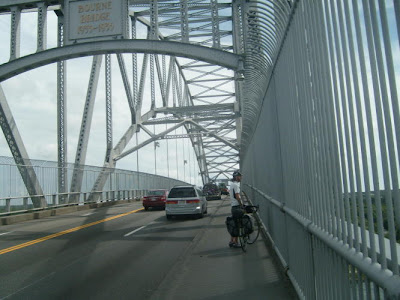 The top of the list right now is Cape Cod to Montreal. It looks like a moderate, not easy yet not that hard, ride. Just over 400 miles each way and we figure we can do it in two weeks or less. A viable option is to take a train or bus back to Boston from Montreal, and ride the 50 remaining miles home. This journal is the one that put the bug in our pants to do the Montreal ride.

Posted by amidnightrider at 6:18 PM 3 comments: Links to this post 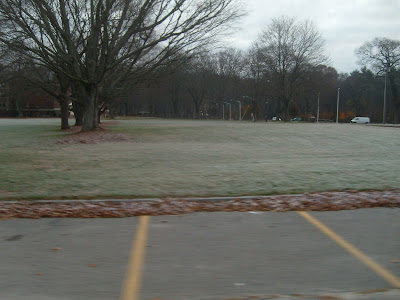 Living so close to the water in Fairhaven Ma. there is an ocean effect that keeps us cooler in the summer and warmer in the winter. It was 43F pulling out of the driveway, and as the 30 mile commute inland progressed the temperature kept dropping. While packing for the final few miles at the Park and Ride in Taunton the drop in temps to 32F became very noticable.

Seeing all the cars with frosted windows during the commute brough on a chuckle. A tee shirt under a long sleved riding shirt under a wool sweater were fine, as long as the head and face were covered.

Traffic is always light for the am commute. Evenings can get busy but most of the route is out of traffic. When the ride merges into the commuters it's dog eat dog.
Keep the head and face covered 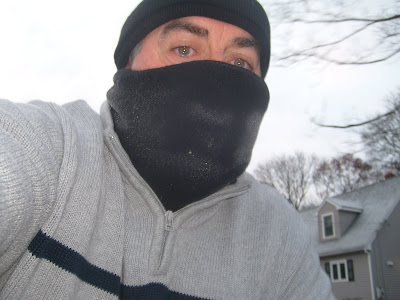 Racing dusk on the evening commute 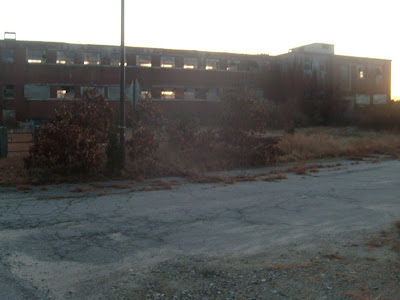 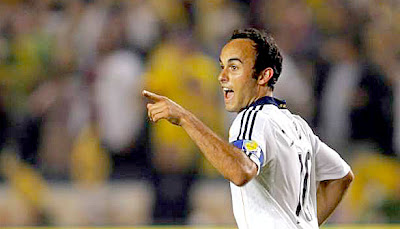 A great back and forth match. Beckham and Donovan were both at the top of their game. The back four of LA put the kabutz on Chivas' potent offense.

It's so much better than the Revs who have become as boring as watching the NFL.
Posted by amidnightrider at 5:36 AM 6 comments: Links to this post

Ideal for 3-season camping, the REI Camp Dome 2 is durable, trustworthy and a cinch to pitch—and it's offered at a sweet price!

What Is Your Gear Style: Comfort Driven

I have used this tent for two years while bicycle touring. We have been through some very stormy nights together without any issues at all.
Every time I was in a torrential rain, it reinforced my decision to buy this tent.

Get it, you won't be sorry.

Posted by amidnightrider at 12:56 PM 7 comments: Links to this post

Visiting Far Away Galaxies Under a Full Moon 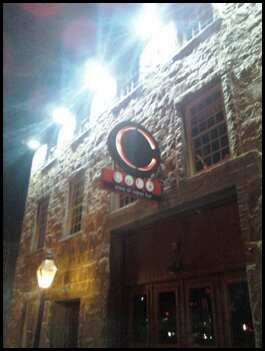 We were going to meet friends at Cork Wine and Tapas Bar and left early so we could visit the Hubble traveling exhibition downtown.
MORE

Posted by amidnightrider at 6:24 AM No comments: Links to this post 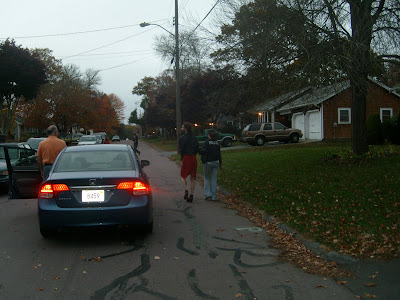 As usual we got overwhelmed with kids on Halloween. Many travel from the city to find a friendly place to bring the kids trick or treating. The neighborhood is three streets that are down and back. Cars must loop back to exit the area which means there is no through traffic. Perfect for walking on the street. During the peak time from 7-8:30 the street is filled with monsters, movie stars, cartoon characters and frazzled parents.

We bough enough candy for 200 visitors. When we closed up at 8:30 there were five left.

The talk of the neighborhood was this couple. 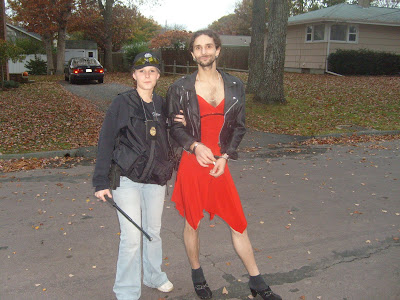 Posted by amidnightrider at 11:25 AM 8 comments: Links to this post