Bet you love this one.

Put on your headphones and go full screen.  Turn it up. 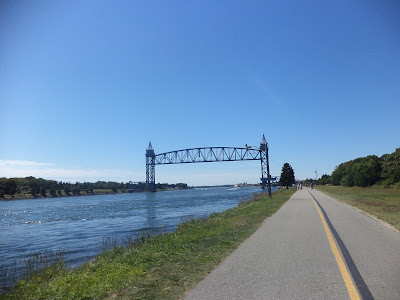 I was about to leave for the Le Tour de New Beige when John called and wanted to join us if we were doing  our usual Sunday ride.   That gave me an out for the tour which was all 20 something year old riders on fixies and single speeds.  I was not an age appropriate rider.    Brandon did place third in the race and won himself a koozie and a bike lock.  Now we need to put some beer in the fridge so he (we) can get good use out of the koozie.

We chose to ride to the Cape Cod Canal again.  This is one of our preferred rides because of mix of the quiet country roads, coastal streets and there is a bit of commando riding through traffic.  Not much, just enough to get the heart rate up a bit.

Every now and then someone driving a car refuses to give us the room we need to keep things safe.  The car that will not cross the yellow center line but tried to tap the funny bone of the riders left elbow with their side mirror.  By the way, the reason they call it the funny bone is because when you whack it, all your friends get a real laugh out of it.   Or could it be because it's Latin name is the humorous?    What evahhhh.  Today it was a guy on a motorcycle that tried to force John over.  John held his ground not out of spite but because he didn't see him.  I have to wonder what the biker would have done if someone in a car did it to him.

Deke was sluggish from not riding much.  I was a little less sluggish from a virus I'm recovering from, and John was feeling good.   Many times John cut loose and pulled away from me, while I  pulled away from Deke.  If John rides with us more and Brandon is along there will be a change in the leader board.  Brandon will still be in front, being a CAT II rider and 25 years younger than John but John will probably ride the #2 slot moving me and Deke to fight for the #3 slot.   I usually have it on road rides, but on tour Deke is #2 by a long shot. I carry five water bottles on tour which slows me down considerably and that's the only reason I'm in last place.  The only reason.

Deke and John at our lunch stop in Buzzards Bay, MA. 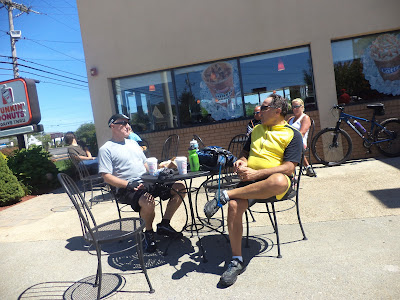 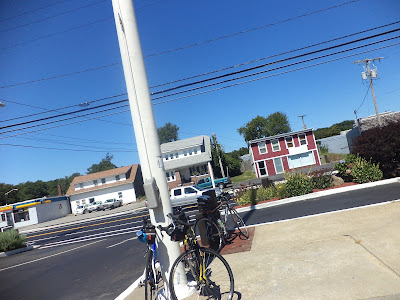 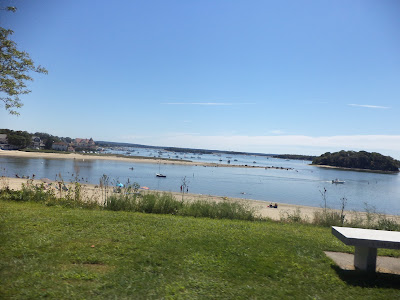 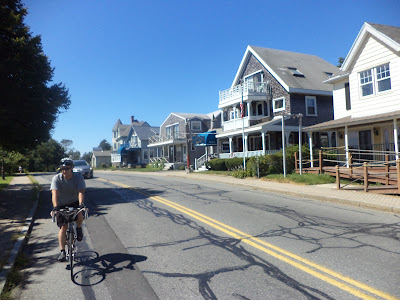 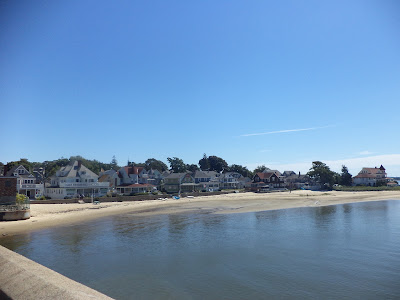 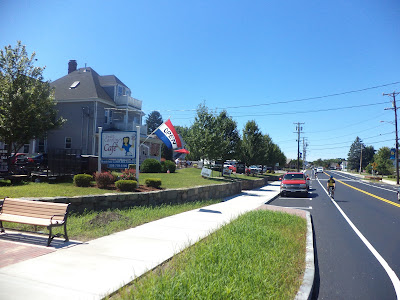 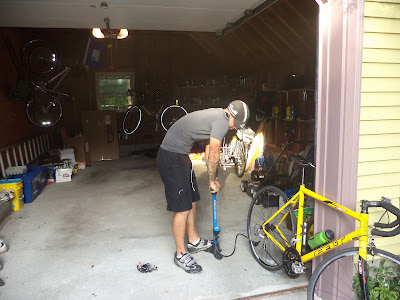 Brandon and I are both recovering from different virus infections.   We set out to do a 25 mile ride but at 9 miles we agreed to cut it short, and did 17 miles.  Personally, I couldn't wait to get off the bike.  That hasn't happened in years.

After the ride we went to a local Bistro for appetizers and a bottle of Pinot Noir.  All the effects of any ilness soon evaporated. 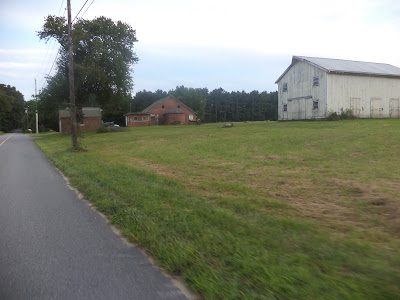 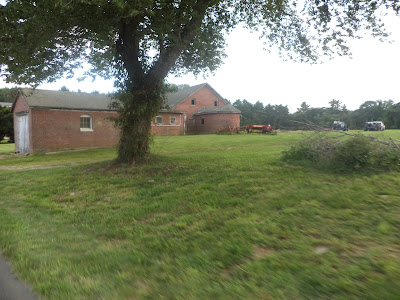 Posted by amidnightrider at 7:33 PM 3 comments: 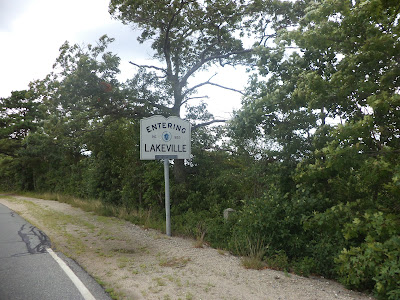 Deke suggested we do something different and ride out to Lakeville and the reservoir area.  The humidity had dropped substantially from the high of 85% during most of the week to a comparatively comfortable 78%.

We made our traditional stop at a Dunkin Donuts for lunch.  Most of the ride was on deserted country roads  but we did hit some fast traffic on a couple of short stretches of rt 18 and rt 105 in Rochester.

Thing get hectic beginning tomorrow.  Our annual week long high school soccer camp runs Monday through Friday evenings. The following week double sessions,  an invitational tournament and a couple of scrimmages then it's full tilt till the middle of November.  It gets crazy and that makes the next three months little more than a blur.  If your a coach or player you know what I mean when I say,  "we love it". 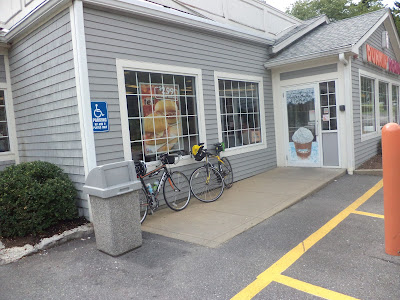 We were the only traffic for most of the ride. 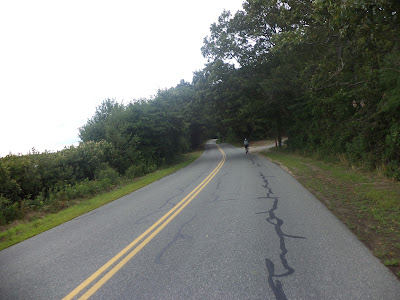 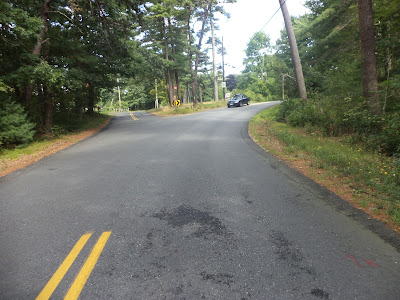 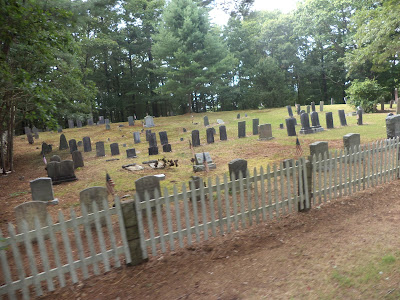 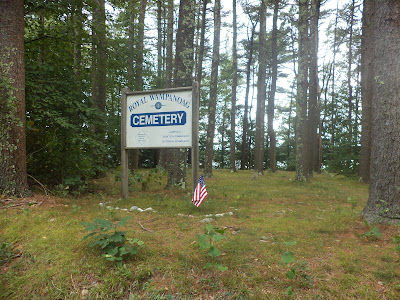 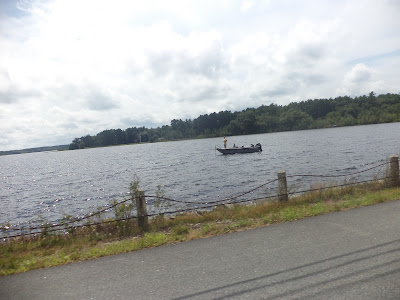 Did you hear the one about the llama and the sheep on the farm? 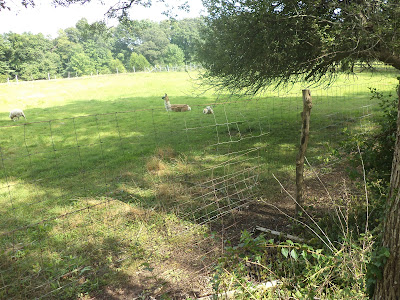 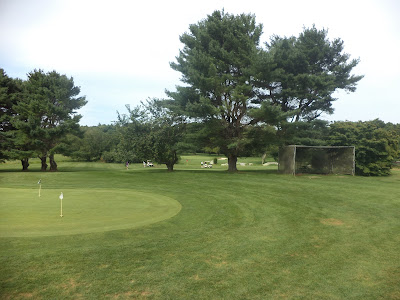 The humidity broke after a very difficult two weeks which made a very nice Tuesday afternoon ride.  Mid afternoon also saw very few vehicles on the back roads of the South Coast towns of Massachusetts.   I stopped at the golf course where I learned the game so many years ago.  It's also a game I gave up 6 years ago.   The amount of time I spent on the golf course is still one of my life's regrets.  Not the biggest regret though, not by a long shot.

The old state highway rt 105.  All the bike tours and events use this road to Cape Cod.  It's around 15 miles to the Cape Cod Canal from this spot. 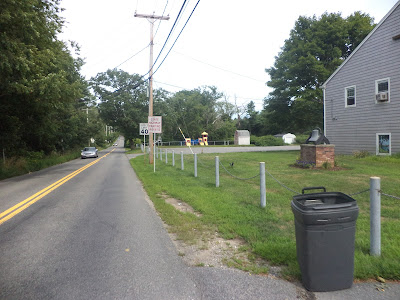 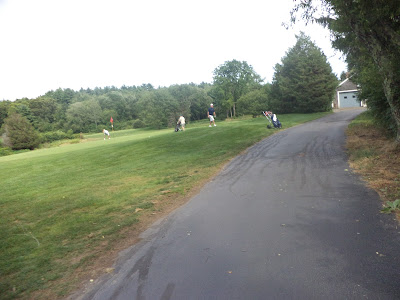 Corn season is winding down. 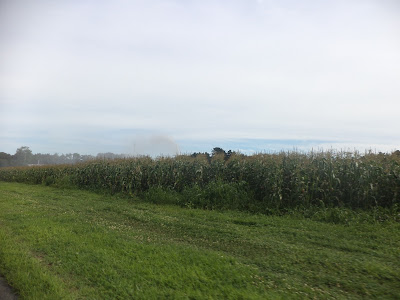 Posted by amidnightrider at 2:20 PM No comments: 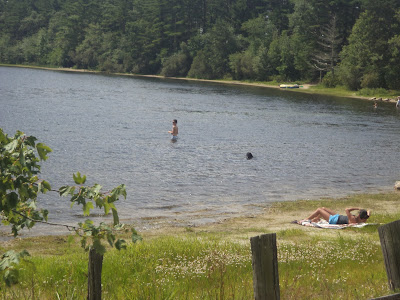 A hot Sunday morning ride.   I couldn't find anyone to ride so I went out alone.  There were lots of other bikers out today in the high humidity but it didn't look like anyone cared about that.    I did see one other guy riding without a helmet but when I pulled up along side to talk I realized he spoke no English.  Or he gave the impression he didn't.

I tried a bike app today with my Droid.  I am working out the best way to use it and so far I like it.

Only one of my varsity players was at the pickup game at the school but he assures me that the team is looking good.   I get to see them next Monday at Whaler Camp and will see then how we look for the season.

Lobster/clam bake this afternoon which should help undo all the good the bike riding did.


View Larger Map
Posted by amidnightrider at 9:37 AM No comments: