I am looking forward to the Academy Award Show on Sunday night. The biggest reason is to get some insight on movies that did not make it big, and the independent and documentaries that are unknown till academy night. I also like to see how my pics fare.

My top three. "The Reader", "Milk", "The Wrestler" and "Slumdog Millionaire".

I have to go with "Religious"

There were a few "wasted money" movies I saw as well as some pretty decent movies that did not get any nominations.

There are a couple I intend to see but it will be too late to rate for Sunday's Awards show. "Frozen River", "Frost/Nixon" to name a couple. There are also those that did not show any appeal to me personally, and I have no intention of seeing them. CIA/FBI shootouts, animation, war movies, kiddie horror, and animals. For those movies, I'll leave my seat for the younger generations.

I watch the Oscars every year, and am interested in the outcomes, but I really can't remember the last time I watched much of the show. I'll be using the "clicker" a lot.

Posted by amidnightrider at 6:56 PM No comments: Links to this post 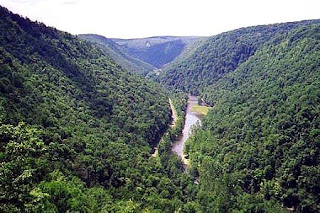 I have been baiting friends and family to do a bike tour this summer. Two years ago, wifey and I did Austria Last year #3 son joined me on the Erie Canal. Now however, I can't get anyone to commit or even ask the dates, which could be construded as a possibility.

I came across a group ride sponsored by The Rails to Trails Conservancy, and decided to take the plunge. The Greenway Sojurn, is a four day tour beginning in Williamsport, PA, riding an average of fifty miles a day, ending in Wellsboro, PA.

The route of the Greenway Sojourn will focus on the 64-mile Pine Creek Rail Trail, which parallels the creek through the heart of the Pine Creek Gorge. The rail-trail follows the path of a 19th century railroad that hauled lumber out from the valley.

A 2001 article in USA Today named the Pine Creek Rail Trail one of "10 great places to take a bike tour" in the world. Now in 2009, Rails-to-Trails Conservancy offers you and your family the opportunity to join us on a four-day adventure through this amazing natural area. 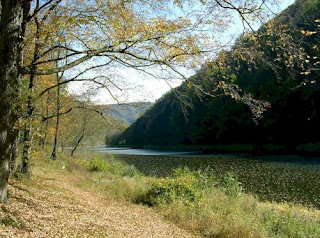 The Pine Creek Valley
Pine Creek itself is 82 miles of spring-fed, trout-laden water, the largest tributary of the West Branch of the Susquehanna River. The creek path meanders through a beautiful valley with mountains rising more than 1,000 feet on either side. Because of this extreme geographic setting, the valley is nicknamed "the Grand Canyon of Pennsylvania," a part of which is designated a National Natural Landmark and PA Scenic River. The waters of Pine Creek have been rated at High or Exceptional Value by the Department of Environmental Protection.

I may take in a visit to Susquehanna Hat Company


The tour is limited to 250 riders and I'm hoping my application was received in time to get me registered.
Posted by amidnightrider at 11:37 AM 2 comments: Links to this post 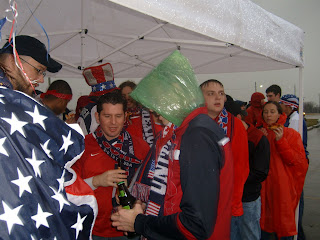 Columbus is a pretty neat city. This was my third trip but actually the first time I had seen the city, spending the day walking around taking in the sights. Very touristy if I say so myself. Unlike the past, getting hammered on booze, was not part of the equation. One bourbon on Tuesday night was the extent of it. However if I had gone to Ruby Tuesday's as I intended I would not have been caught in this For a little longer version check out this video, and imagine being out in the parking lot with no cover.

Back to the city for now. This really looked like a very bike friendly downtown. Wide roads, very little traffic, and the bikes I did see, were moving along just fine. 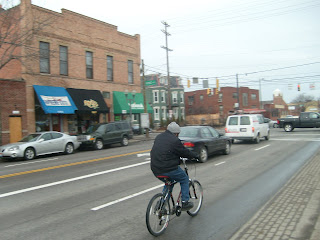 Oh, and the game? Strickmatic727 made a great video of the match

Posted by amidnightrider at 4:57 PM 2 comments: Links to this post

The Midnight Riders and American Outlaws will be joining forces in Columbus Ohio next week for the US/Mexico World Cup Qualifying match. Gamesmanship is always part of this tournament and the US plays it well. The weather and fan base in Columbus will give the US a very friendly venue that could not happen in places like Miami or LA, or Dallas for that matter. Boston and Columbus have always been the home field of US Soccer.

Many will be gathering Tuesday evening in the Brewery district for a bit of imbibing and the like. For example

Night Before (Tuesday night):
1. Ruby Tuesday Bar (not the chain restaurant) www.rubytuesdaylive.com
1978 Summit St, Columbus, OH?
---This is the local hang out of the Hudson Street Hooligans, which on Tuesday night will be hosting a band, with drink specials, pizza, $1 whiskey shots and $5 all you can drink bud light and amber bach. The bar is also youth friendly, which means any and all ages are welcome (obviously under 21 cant drink). This is where American Outlaws will be, if you are looking to pickup your tickets.

more about the gathering

This midnightrider is hoping to meet and have a cold one with our fellow bike blogger, Jamie in Columbus. Anyone else in the area is welcome to contact me. I'm always open the meeting new people especially under the influence of $1 shots of whiskey. Kind of "Old West" you know.

If you are a fan of any sport, you can appreciate "road games". And big games like this add that much more to the experience.

One of the intentions of US Soccer was to have the weather be a factor in the match. Last time Mexico played here in Feb 2001, temp at kickoff was 22F. This time however the forcast is for fifty and a chance of rain. But 2-0 at twenty two degrees is the same as 2-0 at fifty degrees. 2-0 is my predition BTW.
Posted by amidnightrider at 10:56 AM 2 comments: Links to this post