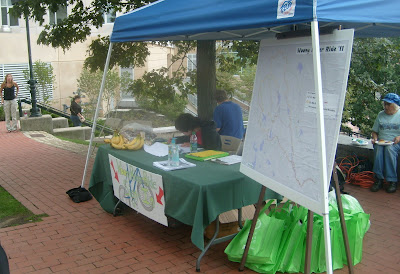 Click any photo for big.    Feel free to copy and use anything here.

We chose the 25 mile over the 50 mile this year because of the threat of rain.  Sleeping in an extra hour seemed like the thing to do on this day.  Dave and I arrived at the designated parking lot in Providence and the first thing we noticed was how many cars in the lot had multiple flats.  We were told there was a vandalism spree the night before and that it was the first time that has happened in this area.    Those Brown University kids.  Sheesh. 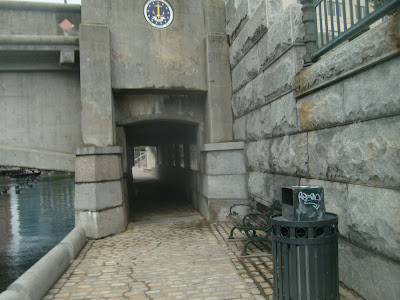 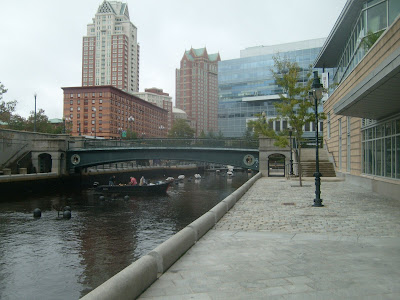 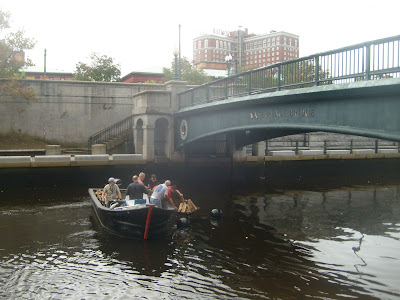 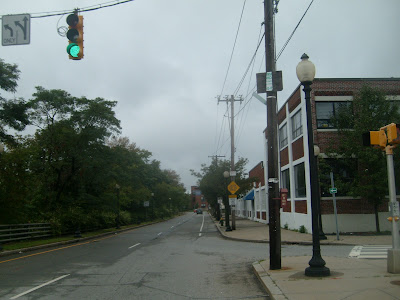 Your going to be famous 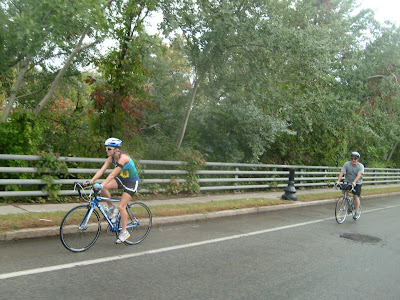 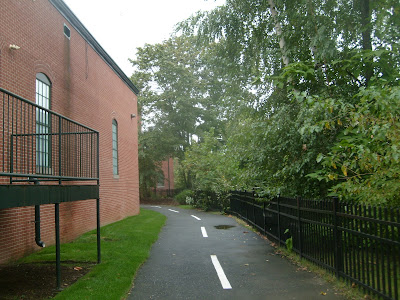 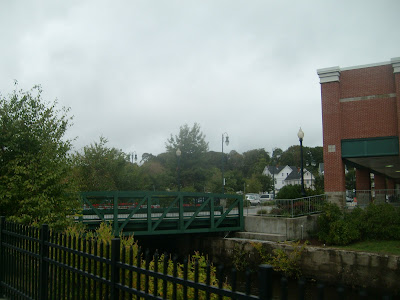 Riding the west side of Providence 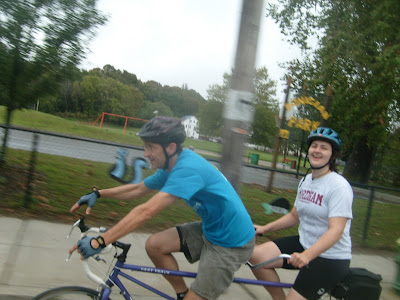 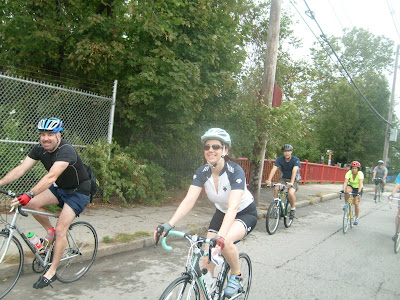 Low bridge, everybody down 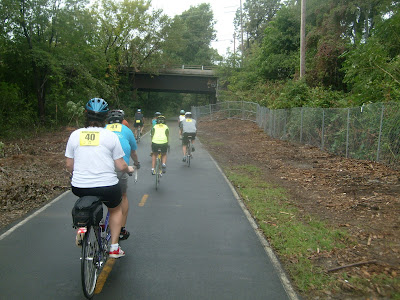 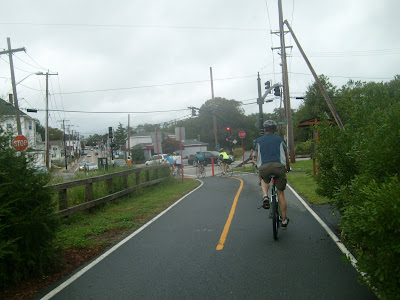 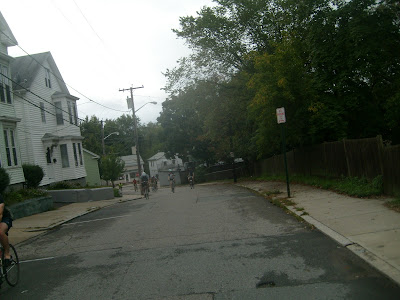 The temperature settled in at around 80F but the humidity was wicked, 95%.  The hills seemed much steeper and longer because the humidity sapped everyone's energy.  Fortuitously, there were only a couple of minor rollers after the halfway point and the return trip was a can of corn.


The humidity got to a few people on the hills 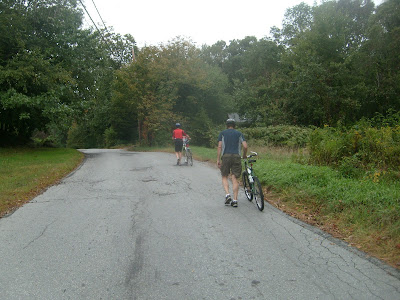 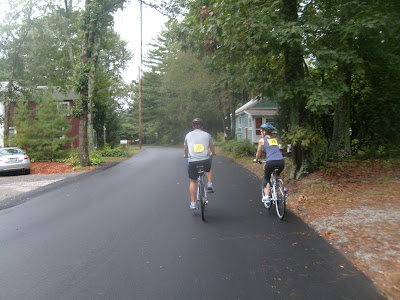 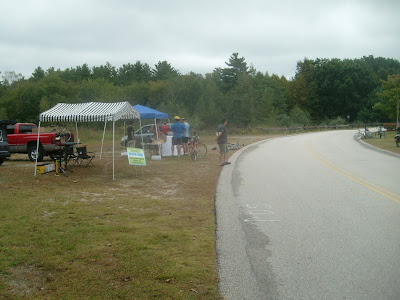 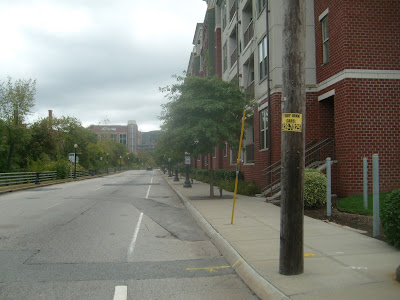 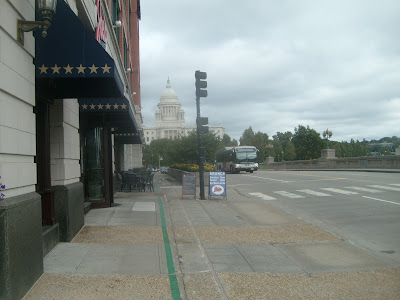 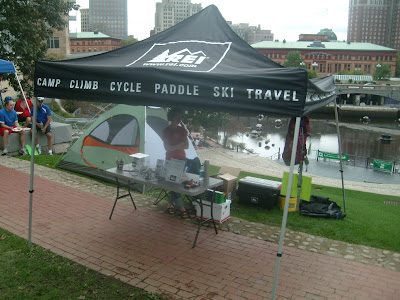 Everyone was treated to a pretty nice spread at the end of the ride.  Pulled pork, veggie burgers, beans, slaw, and yellow jackets were served.  A nice bag of "swag" was given to each rider and radio station WBRU had a spin to win game, giving away hats, Frisbees and other stuff.

This is a well organized ride on a moderately challenging route.  Put it on your calender for next year or better still book mark This link and sign up for their e-mails.  There is much more to offer in addition to this ride.
Posted by amidnightrider at 12:03 PM