Coming Down The Mountain 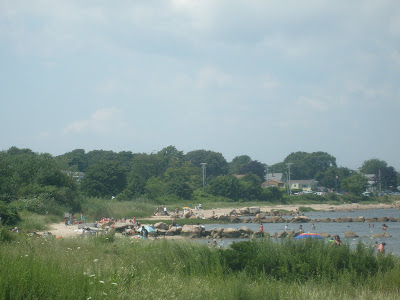 Wifey and I spent a couple of hours Saturday in our old neighborhood. I was born there and was kind of an Army brat. My parents owned a Luncheonette just outside of the main gait of Fort Rodman. All of the soldiers and officers on the base knew the little grade school kid from the store and allowed him and his bike the run of the fort. The beach above was inside the fort and I had a kind of exclusive access as a civilian. It was the beginning of my climb up the mountain.

Wifey grew up in the cluster of houses in the background, and my home was out of the photo on the left. We never did like each other as little kids, but obviously we kind of grew out of that. 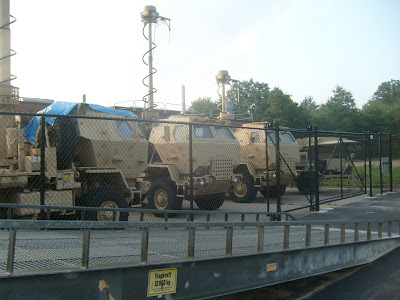 It's ironic that I cut through a military type place on my daily commute. The building across the street from my office is General Dynamics, a military contractor. I have been riding through there for so many years that all the managers and staff know the old guy and give him the run of the place.

I am meeting my financial guy next week in preparation for retirement.

It's almost time for that little eight year old to come down from the mountain.

The photo below was taken along side the tracks when this two engine train roared by during my commute. 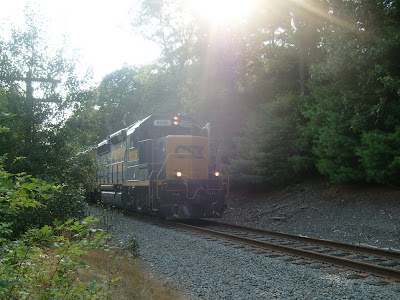 Posted by amidnightrider at 5:55 PM