Doubling Up The Commutes 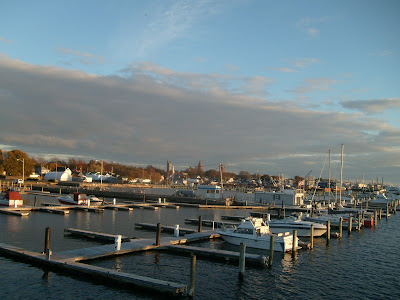 The clouds show the warm front moving into the area from the Atlantic. The straight line of the clouds is the giveaway that this is a front and not just regular clouds.
The first commute is to the shelter to cook breakfast at the cafe. 5:30 AM mostly on the MUP to New Bedford, MA.   The second commute is to the Salvation Army Headquarters to drive the van to pick up the bell ringers at the local markets. I leave the building at 3:30PM.  Both are five mile commutes and both take the same route. 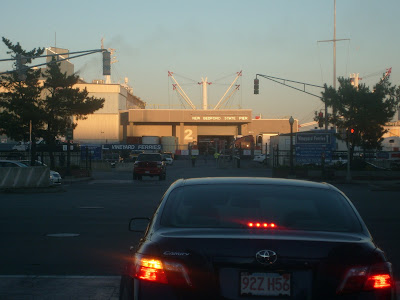 Evening commute riding toward the State Pier where the freighters unload. 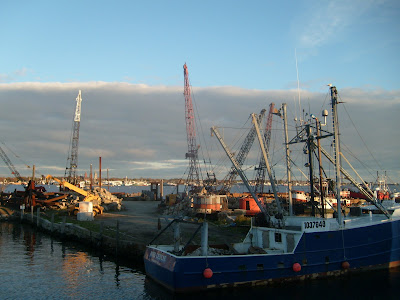 Popes Island clean up sight.  The boat in the foreground is waiting to pull up to the ice house to load it's holds for an upcoming trip. This also shows the the front moving into the area. Look at the clouds and how they show a distinctive line across the sky.
Posted by amidnightrider at 5:09 PM