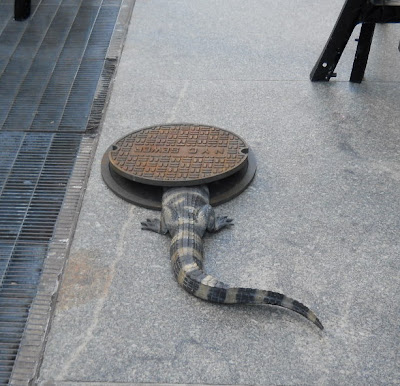 It was a last minute decision to spend a couple of days in NYC.  We took an early morning bus out of New Bedford for the 5 hr. ride to Manhattan.    I'll be returning at the end of April for the Five Boroughs Ride and did some scouting for things to do then while also enjoying the city now.  On this trip we stayed in the Upper East Side near Central Park and spent the evening in that section.  During the day however we toured the Lower East Side.

Naturally we took a walk through Times Square and other parts of Mid Town.  It's crowded, touristy, and hectic.  It's also one of those things you got to do when in Manhattan.   Last year we took a walk over the Brooklyn Bridge.  This year we walked the Williamsburg Bridge.  It connects the Lower East Side of Manhattan with the Williamsburg district of Brooklyn.   The Lower East Side is a really neat place to spend some time.  One of the highlights is the Tenement District National Park and we toured three different 97 Orchard St. apartments. Each told a story of a different era. 1865, 1901 and 1938.

In between tours we had time for lunch and walked to the famous Katz Deli. Here is the history.  Once inside we saw the size of the portions and decided it wasn't for us.  (Much too big).  We saw a Himalayan joint across the street and decide to eat there.  It was a good choice.

NYC is a "fit" city.  Walking is a major part of getting around.  Even getting to the subway requires lots of walking and stair climbing.   The other thing we notices is the lack of personal cars.  There were lots of taxis and buses and limos but not much else.   Another thing is that most restaurants show the calorie count for the meals.  A couple of times seeing the amount of calories in my preferred choice, persuaded me to change.  One pasta dish I was taking a liking to offered 1700 calories.


This guy was outside our hotel on Tuesday Morning. 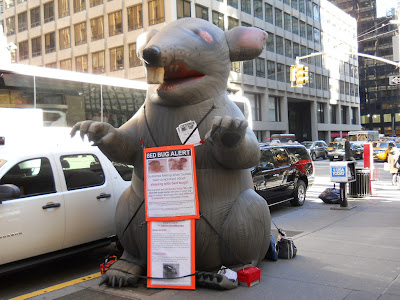 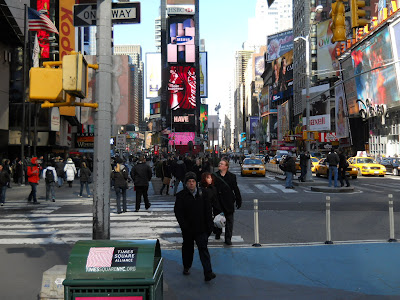 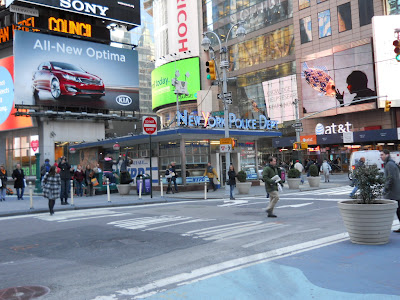 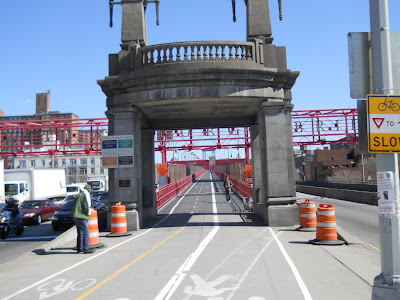 Bikes on the upper level, trains in the middle and autos on the sides 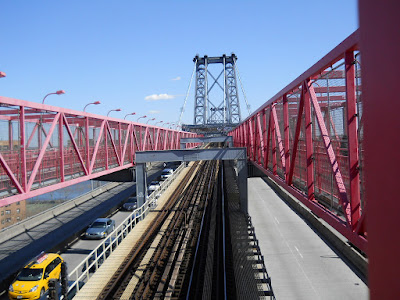 Empire State Bldg in the distance 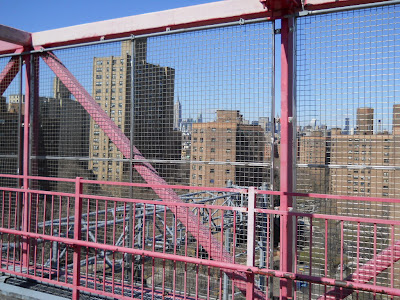 Upper lever is for bikes and walkers 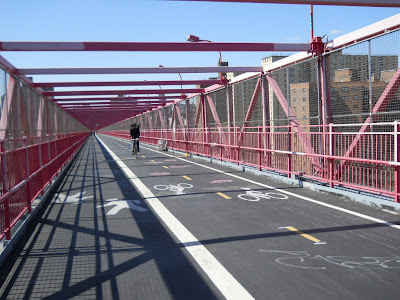 Katz Deli.  There was just too much meat on the sandwiches. 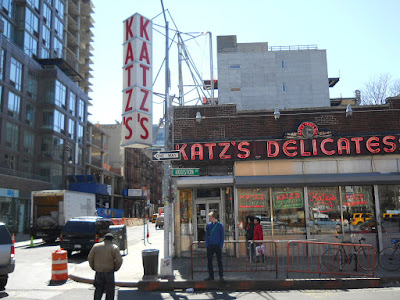 The perfect lunch spot in the Lower East Side 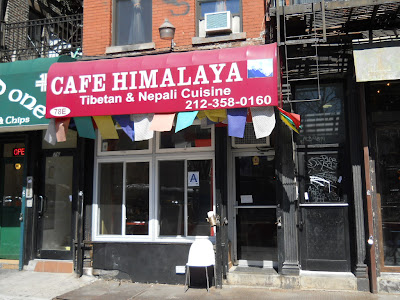 The Tenement District.  This was the next step up from Five Points (Gangs of New York area) 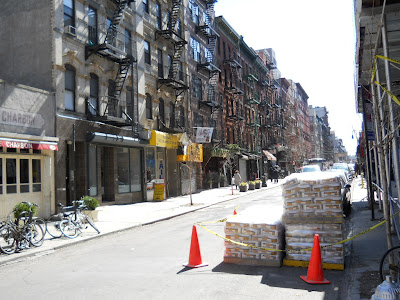 97 Orchard St.  If you go to NYC take this one hour tour. 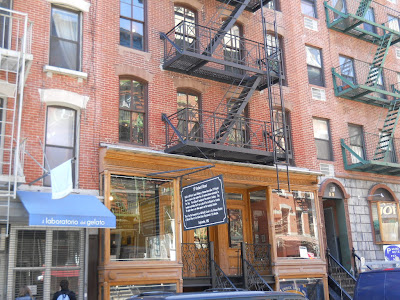 Posted by amidnightrider at 5:09 PM