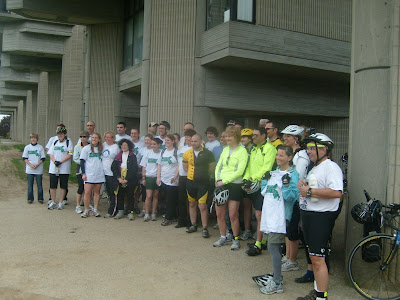 People on Bicycles Connecting South Coast Communities sponsored a bike ride to raise bike awareness in this part of Massachusetts as part of the Bay State Bike Week activities. The weather forecast threatened thunder showers and heavy rain.  There was a group leaving New Bedford and one leaving Fall River and were to meet at the University of Massachusetts Dartmouth campus.

Five of us hailed from Fairhaven which added a few extra miles to the trek.  The ride went off without a hitch and the weather also cooperated on the New Bedford side.  Fall River however got dumped on pretty good just as the riders were gathering.  That probably kept a few from participating and a couple of not so hearty souls were debating weather on not to do the New Bedford section also.  But we all left en mas from Fort Rodman for the twelve mile ride to the campus destination.

In Fairhaven  on the way to the ride I came across a fully loaded couple.  Being a touring cyclist I couldn't help but ask, "are you on tour".  They were, and had began in Connecticut three days ago and were on their way to Ottawa.  Yes that Ottawa, in Canada.  First they wanted to see Cape Cod and the islands and their next stop was Woods Hole.  We talked a bit about touring and went our separate ways.

At the end of the ride while returning from U Mass, I saw two more fully loaded riders.  Naturally the question arose,  "are you on tour".    "No, but we are training for one".   Two young women were training for their ride from Anchorage to New Orleans.   Yes, Alaska to Louisiana this summer.  We rode together and talked of touring for quite a while till our routes parted ways.  Naturally I now have the fever to pack up and ride off for a couple of weeks.  If only....

On their way to Ottawa via Nantucket 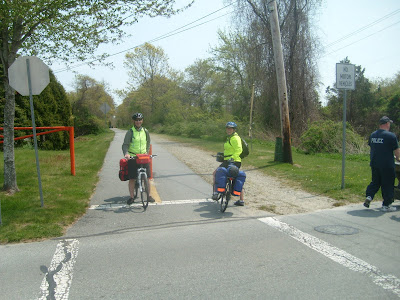 Anchorage to New Orleans in July 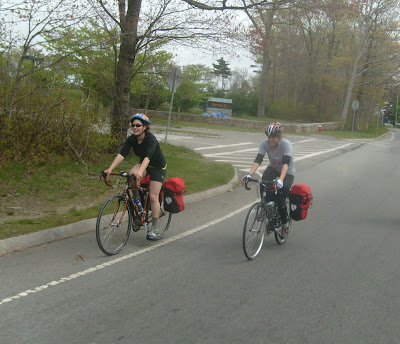 Here are some shots taken on the fly. 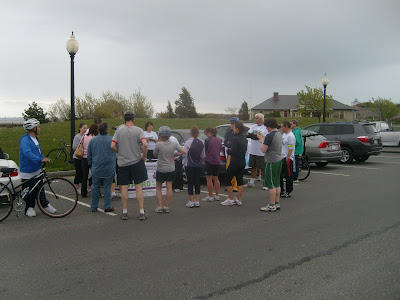 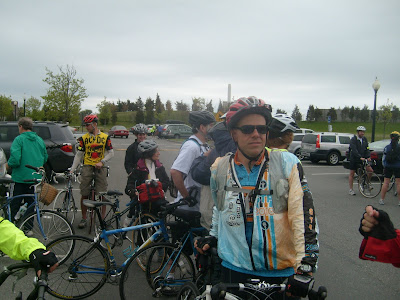 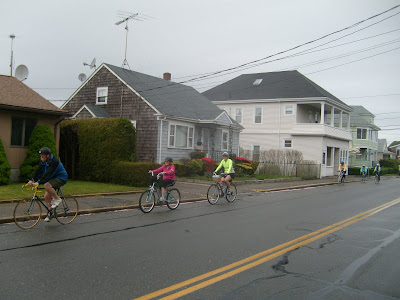 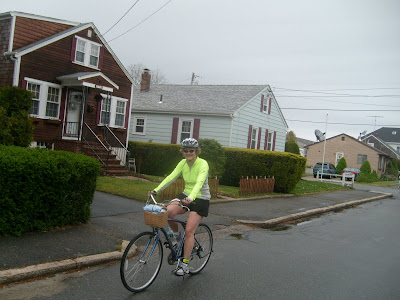 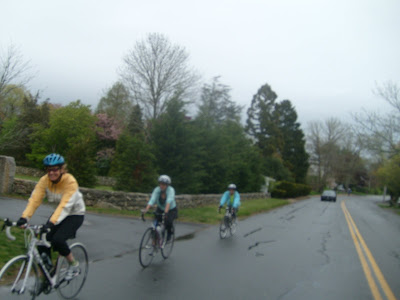 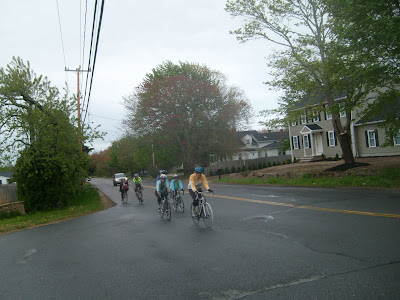 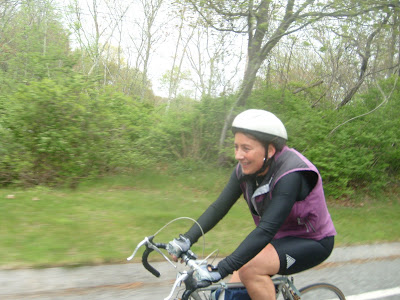 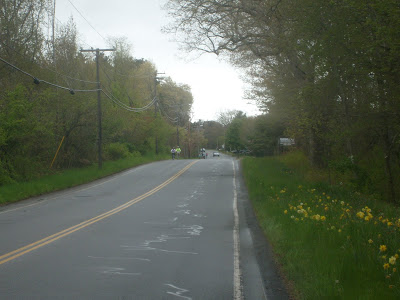 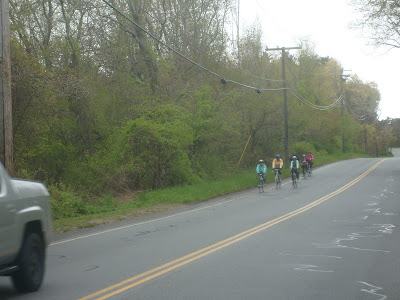 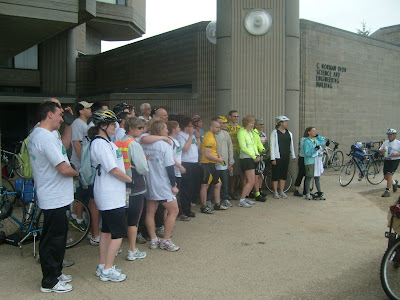 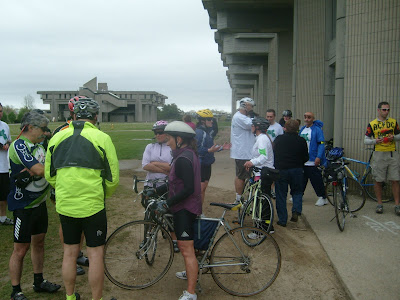 Posted by amidnightrider at 5:31 PM