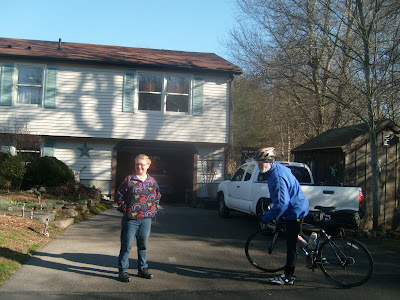 I offered to take Dave and Paul on a route neither of them had ridden before.  Fairhaven to Fall River and back.  It's a ride I had done a few times either alone of with "the kid" who now lives in Austin.

We did some urban riding in the city of New Bedford, but my mates were out of their comfort zone.  Both are relatively new riders and are "not there yet".  People who have been riding and especially commuting know what that means.


Crossing the bridge to do some city riding. 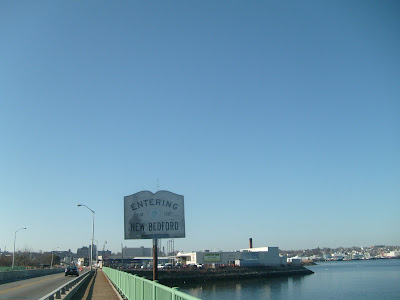 The streets were relatively quiet in the city. 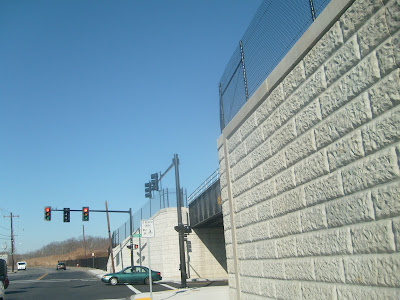 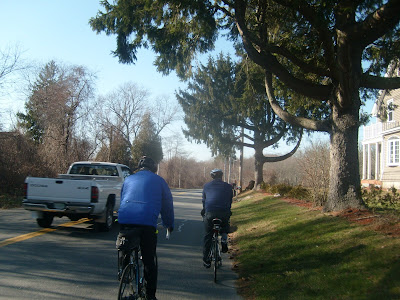 When we finally got beyond the airport things quieted down some and everyone was comfortable again.  We came upon a pond after a couple good climbs and stopped for a breather and to walk in goose shit. 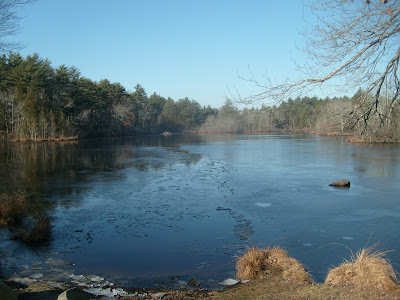 Paul posing for a candid shot. 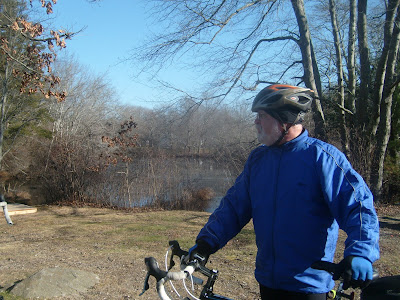 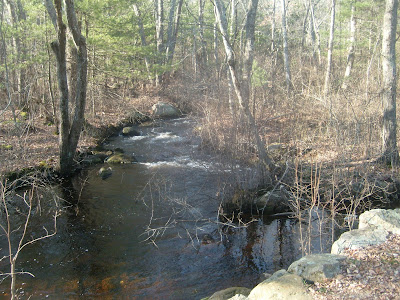 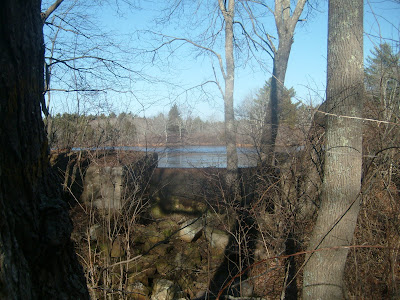 Did ya hear the one about the three Irish guys who walk into a bar in Boston? 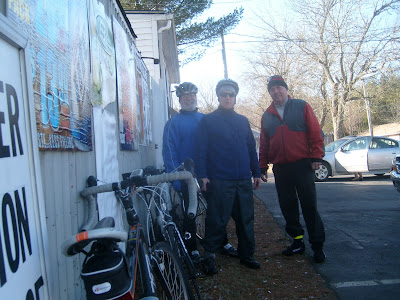 On the return leg we decided to take a side road and see where that took us.  It was 57F in the early afternoon on January 7th.  Weather like this is too good not to take advantage of.  I had a general idea where we were and said if we run into a sheep farm, we're good.
We were not really lost, just not sure where we were.  On a bike if you keep riding eventually you figure it out. 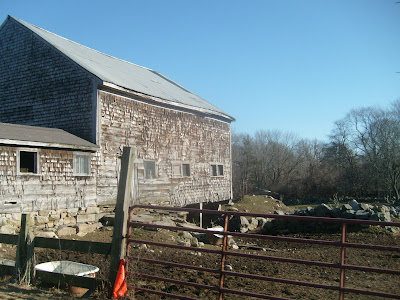 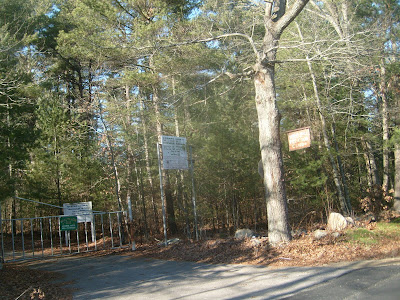 My next Woolrich jacket 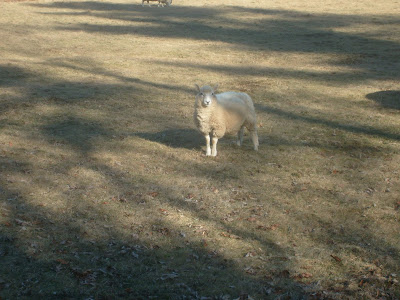 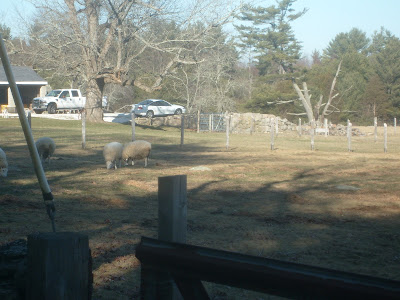 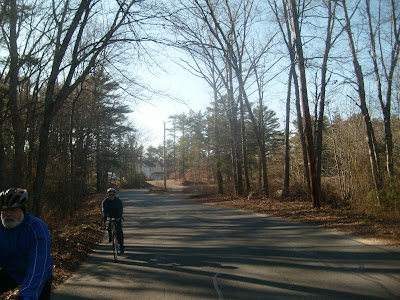 This road most likely leads somewhere 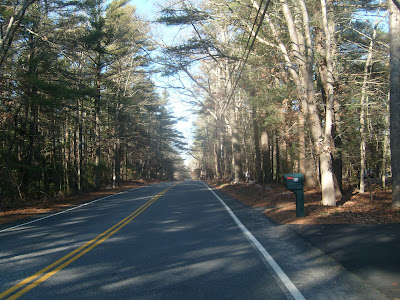 One thing is why in the F**k would a town put something like this near a school. 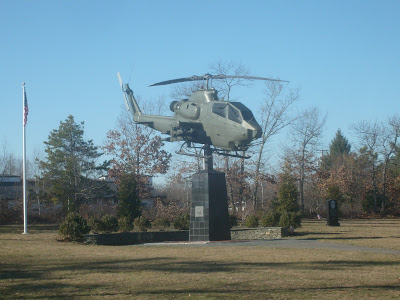 Things eventually got back to normal in rural Massachusetts. More butter, less guns. 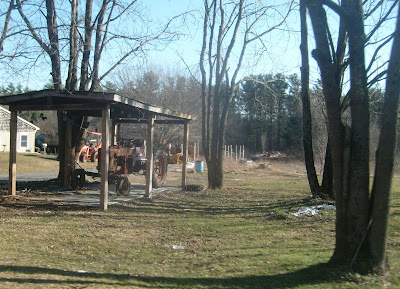 Posted by amidnightrider at 5:16 PM