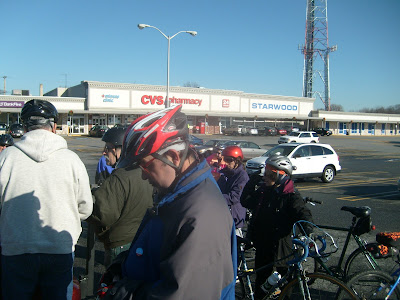 click any photo for big
The temperature was approaching 50F at the start of the short New Year's Day bike ride in Fall River.  A handful of riders showed for the ride.  It was a last minute decision which may have kept the ridership down.  On a day like today there would have been a lot more if there was some publicity.  No matter, this was perfect for those of us "in the loop".  Fall River is know as the city of hills and there are some doozies. Weatamo St. is famous for it's steepness and could easily be used for one of those crazy bike races where riders try in vain to reach the top of the hill without their hearts exploding.  Naturally, we went the other direction to avoid any temptation of trying that. 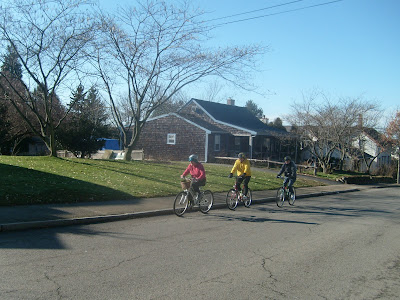 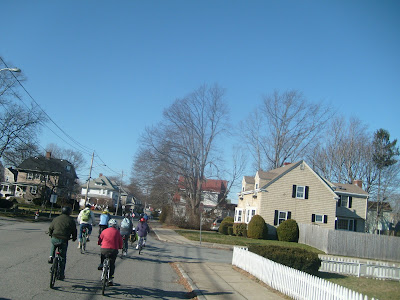 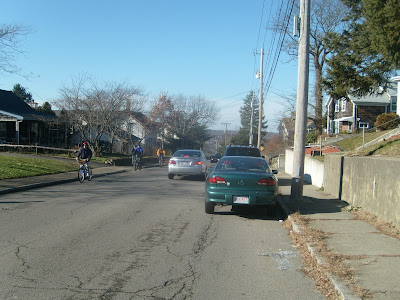 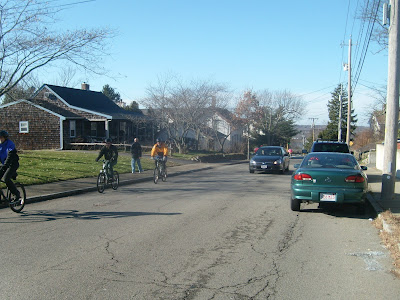 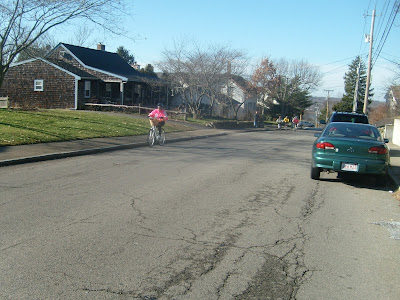 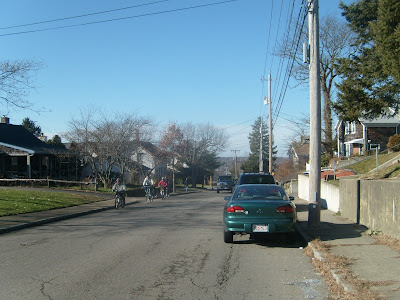 Close to the end of the loop I decided to do some sight seeing since this was my first time riding in Fall River.  I had seen "the foundry" many times while driving the highway over the years and have wanted to find a way to get a closeup.  Today was the day and I broke away from the group a mile or so from the end of the ride.
The sign said "Emergency Access Road" Good enough for me and my bike. 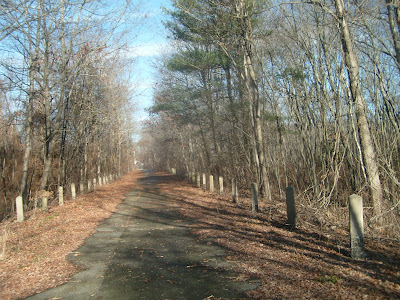 It's been a while since anyone drove this road 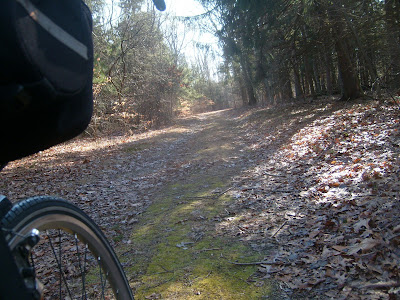 Running back to the bike before the timer took a photo.  Late again. 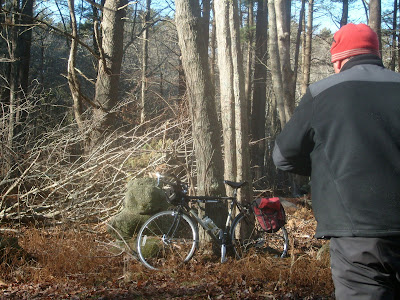 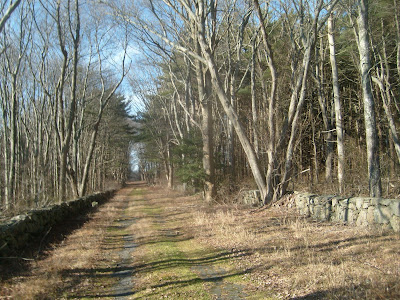 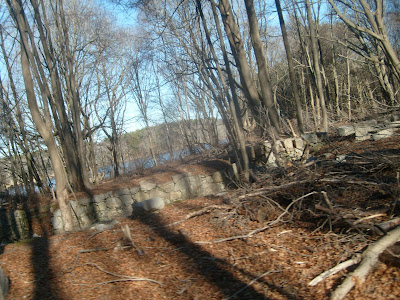 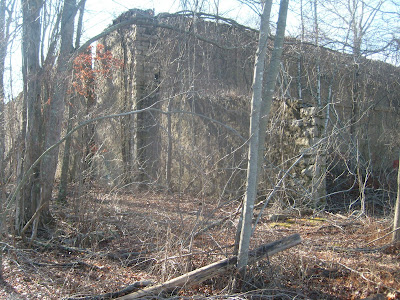 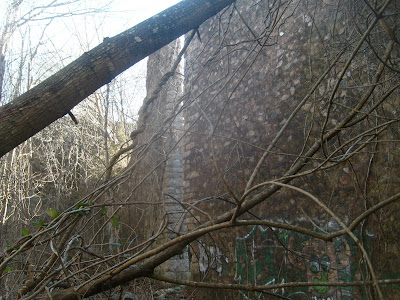 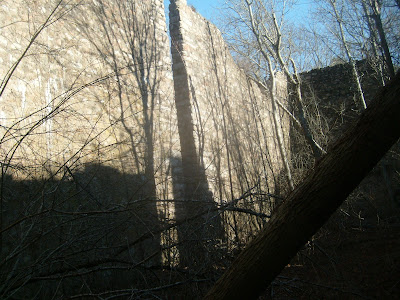 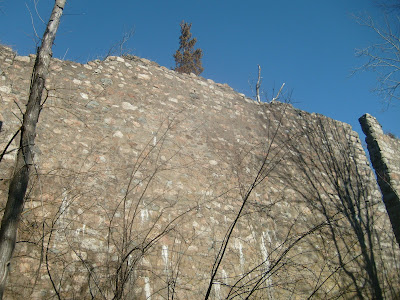 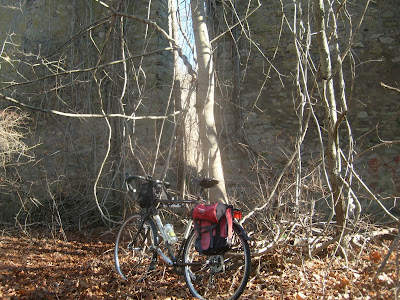 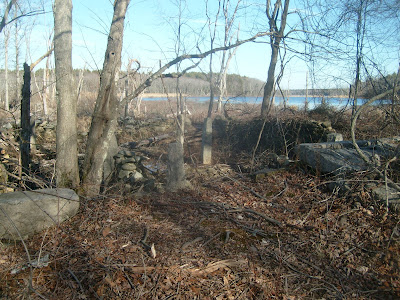 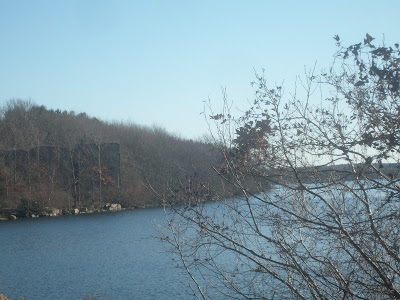 Later on I met the gang at Friendly Ice Cream to see if anyone wanted to keep riding for a while.  There were no takers but luckily one of the group had a six mile ride home through the city.  I rode with Bruce toward his abode for a while before breaking away  for the return trip to the starting point.
Thirty miles to a ham sandwich.  cheap cheap unlike gas prices. 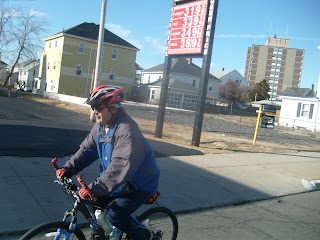 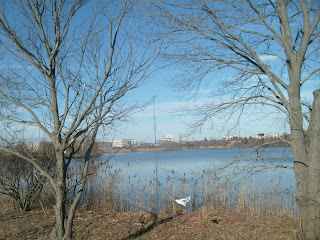 Bruce and I blasted through this red light.  We owned this road. 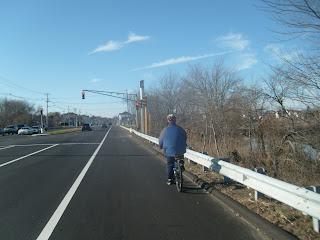 Portuguese in Fall River?   Who knew? 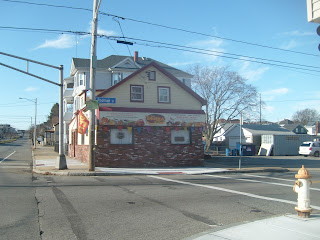 Fall River has a reputation for very aggressive drivers.  None of them were out today and all those we did encounter gave us plenty of room and were very courteous at intersections giving us the right of way.  I was told however that tomorrow is a work day and things change during the commuting times.   Lots of eff use and horn honking.

Is there any city in the Northeast without a Flat Iron Building? 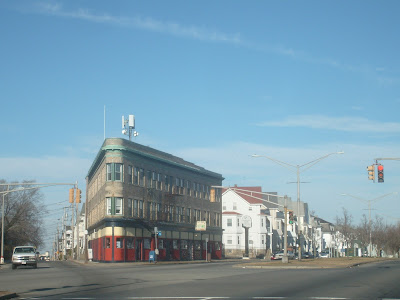 The only traffic of the day. Plymouth Ave. 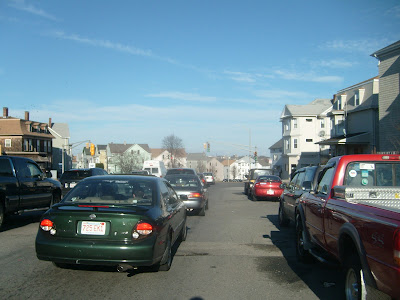 The last climb of the day.  It was a humdinger. 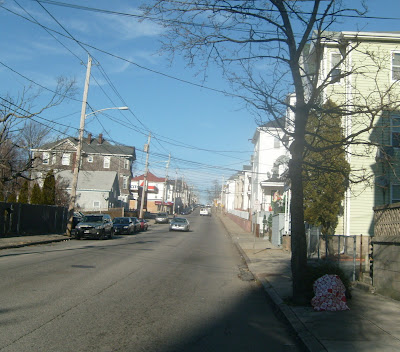 Posted by amidnightrider at 1:36 PM