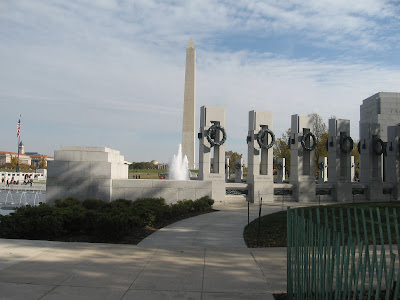 We managed to change to an earlier flight to Baltimore Friday evening. A 40 minute bus and 30 minute underground ride got us to the hotel around 9PM. We lolly gagged getting ready and found most of the restaurants' kitchens closed. One place did have a bar menu that pretty much consisted of fried food. Nachos and a steak sandwich were about the best we could get.

Saturday morning was a trip to RFK to pick up the tickets to the match. We decided to meet up at LenEfant station downtown and began the day long sight seeing trek. The monuments, capital, senate, archives, we walked and walked and walked. 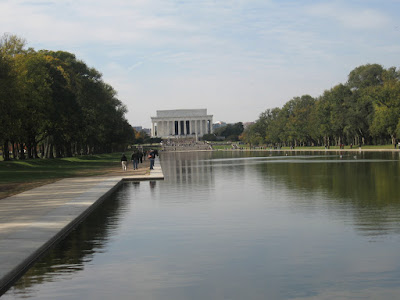 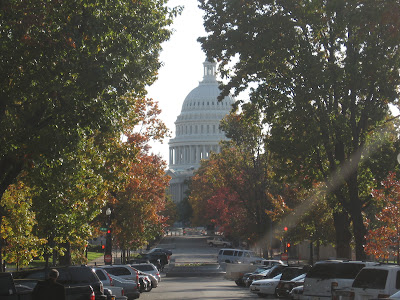 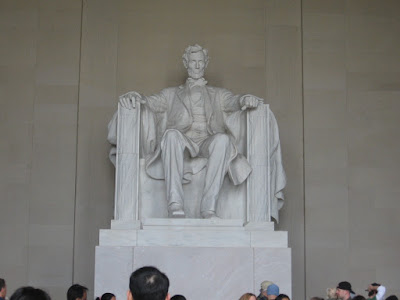 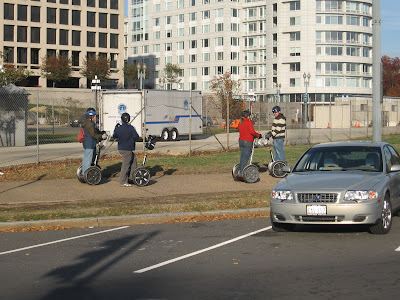 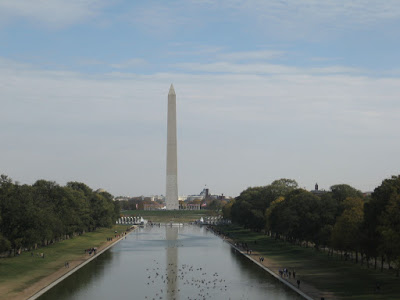 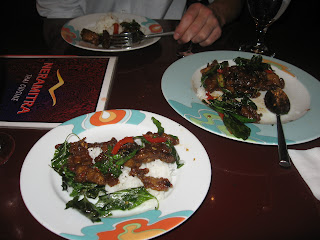 We had earlier decided to lunch at Union Station because of the diversity of eateries. We settled on an Indian place which had some great curry and beer.

Duck at Neramitra, a really good Thai restaurant topped off the evening.

The drums woke us at 0730. The hard core were on their way to the tailgate. We decided to leave at 0930 and that still left plenty of time to get warmed up for the match. Lots of old friends showed for this one. We all had the same feeling that this was our year. 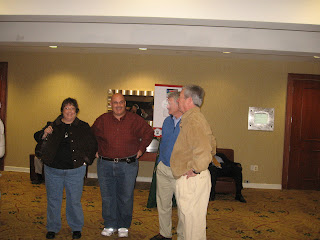 The kids were walking around with a distinct bounce to their step and their heads held high. The parents on the other hand were a bit apprehensive.
L to R
Mrs and Mr Warren, Dr. Heapes, and Mr. Noonan.

A few hundred midnight riders turned up for the tailgate and lots of old friend this rider had not seen in years showed up. 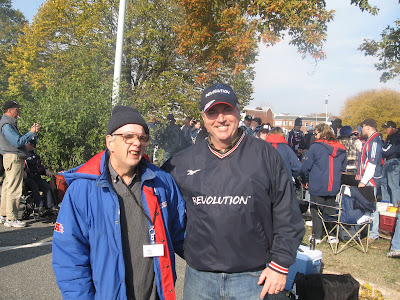 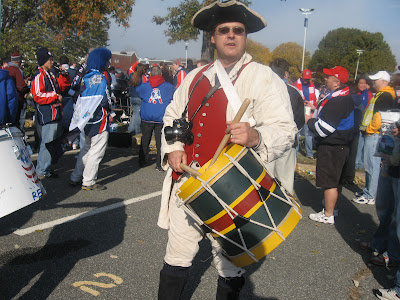 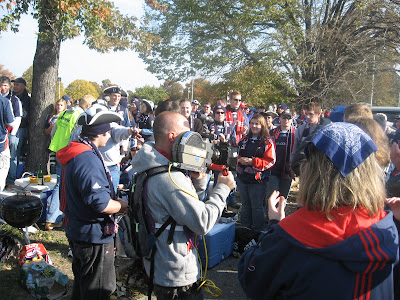 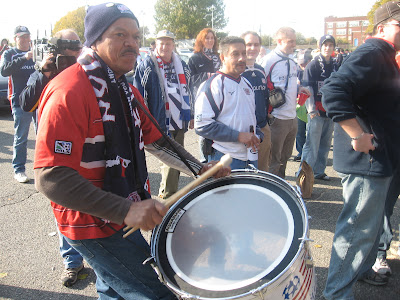 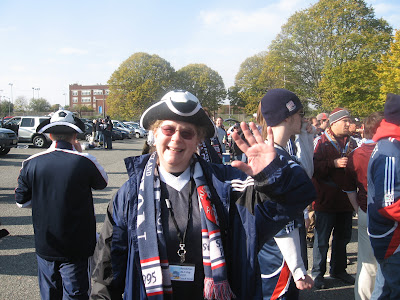 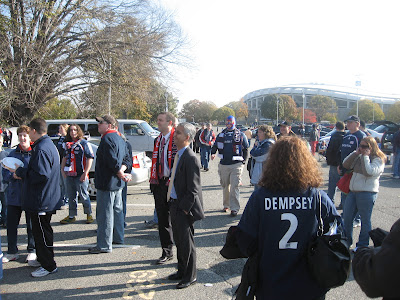 
The drums and singing signaled it was time for our entrance. We walk en mass to the stadium, flags flying, voices bellowing, singing proud to be from New England. 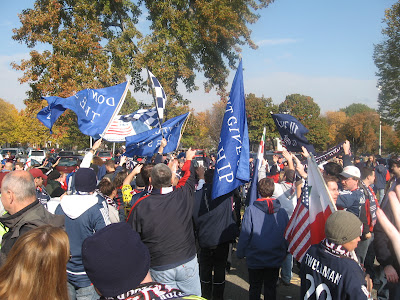 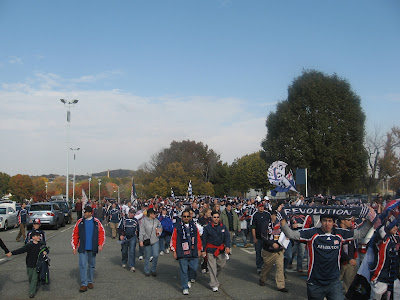 We managed to get most of the tickets together in the stadium and made the best of it. 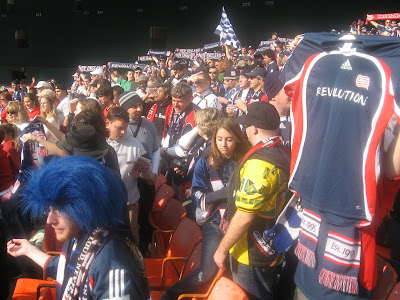 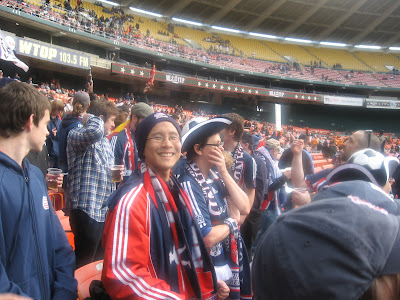 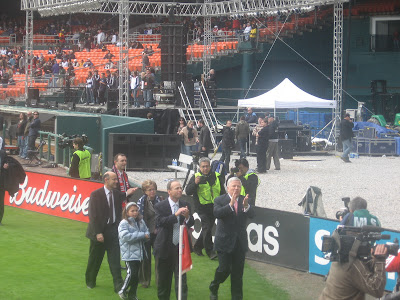 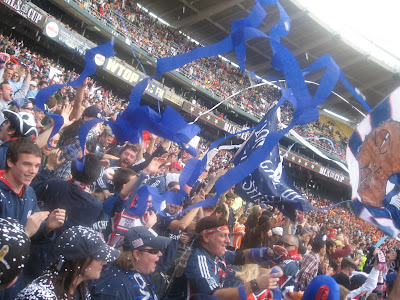 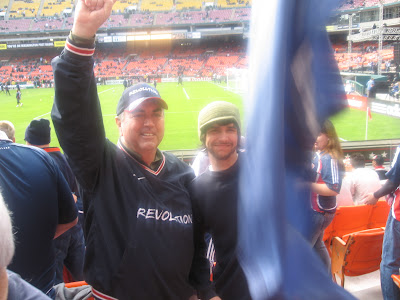 Losing was kind of depressing being the third time in three years, but hey we should always look for the bright side. 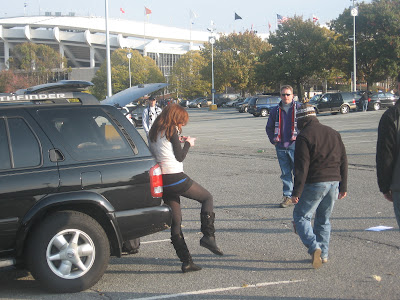 Posted by amidnightrider at 11:14 AM