Six Buses at the Z 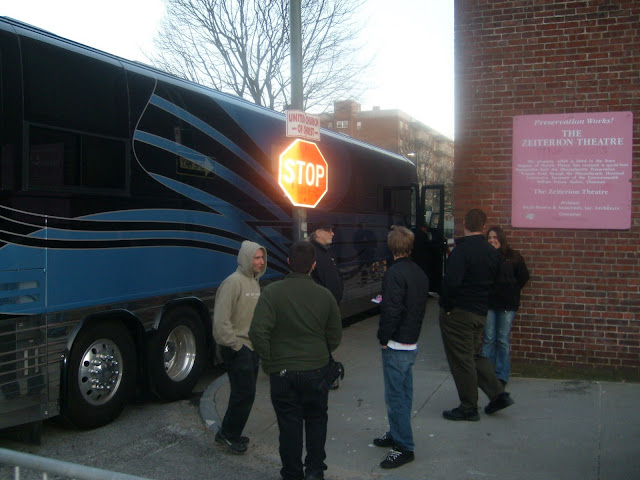 Wifey said a couple of times, "Even if I go alone, I would love it".  The show was sold out but I heard on the radio that the perfomers had turned in some of thier tickets.    I called at 6:30 and there was a single remaining.  I grabbed it for Sue.

I was so proud and I called her at the Animal Shelter to break the news.

Apparently there is a brew ha ha brewing among the staff and volunteers.   She was in tears and wanted no part of the concert.    She convinced me to go.  That and the $90 ticket I had waiting for me all paid for. 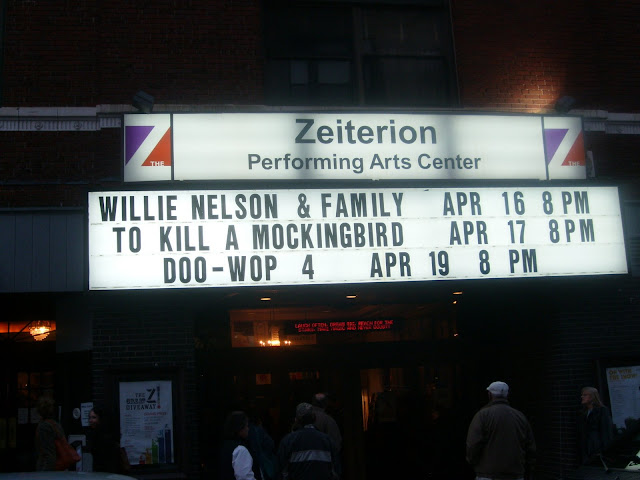 The show opened with BIlly Bob Thornton and his band.    I figured this was a country music event and I got my self a glass of cheap bourbon on the way to my seat.   Billy Bob's set ended just around the time my glass dried up.   A refill before the second act, Ray Price.   Before he came on I asked the woman next to me if she had ever heard of him.   The look I got from the 6'6 guy in front of me was classic.   He was amazed that I did not know him. I was singing along to a lot of his music, and his band was very very classy.

Willie Nelson came on stage with a small group. The drummer only had a snair drum and brushes.  No bass, tom tom, top hat or cymbals.   Will can play though.  He cut loose a few times and brought down the house.

I have never been a country fan and can honestly say that I'm still not.   But a live show is a live show.  It's really cool to see these stars do their thing even if you have no interest otherwise.

Did I mention that I had my glass refilled before Willy came on stage.  I just did I guess.

There were six buses outside the Z.   Five decoys I suppose.

Maybe he's on this bus?  Maybe not. 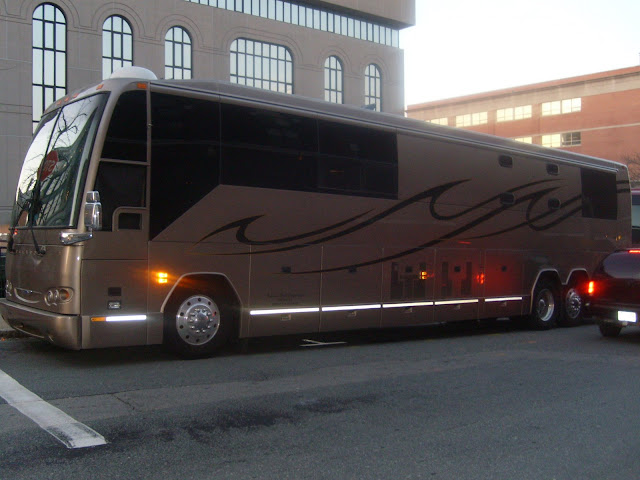 This is a new program I'm using. I still need to work on the sound.


Posted by amidnightrider at 7:07 PM