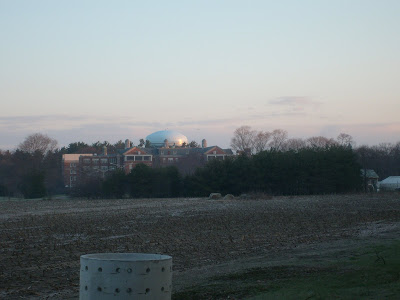 One of my coworkers gave me a heads up as quitting time was nearing. "I hope you can ride fast".
"I can, whats up?" His response

"Did you see outside? It's getting cloudy. And windy".

I assured him that I was up to the challenge. A few things caught my attention during the commute and I shot a couple of photos. 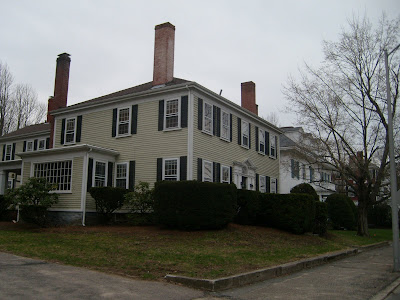 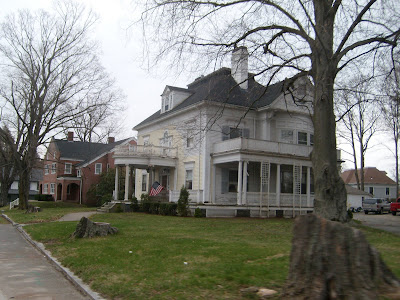 Taunton is not as old as the coastal cities and towns like New Bedford and Plymouth, but she does flaunt her patriotism proudly, and leaves no doubt that she is a northern community.

Taunton is one of the first communities where a woman was instrumental in it's founding and the heroic patriots of Taunton raised the Liberty & Union flag on Taunton Green on October 21, 1774 presenting the first patriotic flag to fly in the American colonies.

During the commute I see lots of unusual things. Buildings, flags, and other stuff. I ask people who are natives of the city about them and they have no idea. Same with people who drive the same roads that I bike. They very seldom see much of the surroundings and really miss lots of neat things.

Riding a bike at around 15 MPH allows us to "smell the roses" and the experience is pretty nice. I used to like the Sunday morning hammerfests with one local group or another. I still participate in those rides, but don't start till all the roadies are on their way. Nothing wrong with that kind of riding, but it's not for me any more. I'd rather bop along at a slower pace so I can experience the things around me better.
Posted by amidnightrider at 6:18 PM