Soccer with A Crazy Guy On a Bike. 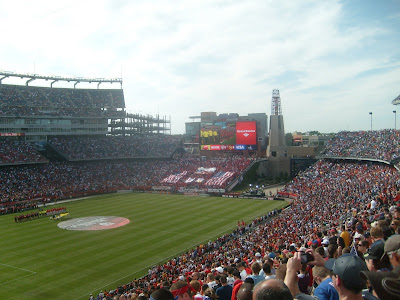 Received an e-mail from a touring biker via the warm showers web site.  We also had tickets to the US/Spain match in Foxboro Ma.  To make this all work out, I drove a few miles to pick up Matt, pack his stuff in the car and get him back to my house pronto. This was our first meeting by the way.  Once at the house we gave Matt 15 minutes to shower and change so we could get to the game before the traffic got too heavy.  In the mean time we were making calls to our friends, The American Outlaws to get him a ticket to this nearly sold out match.  We did get him one in the sections with the flags above.  Just click the picture once for big and if you want click it again for bigger.   Matt is the guy in the red shirt.

Nothing further will be said about the match, and if your a fan, you know why. 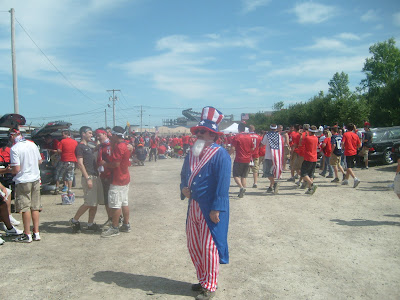 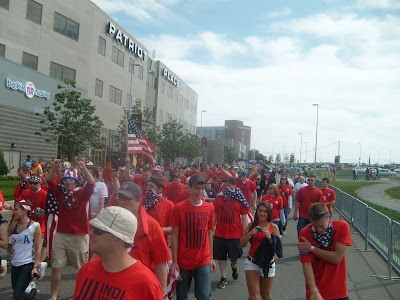 It's a long trek to the upper level 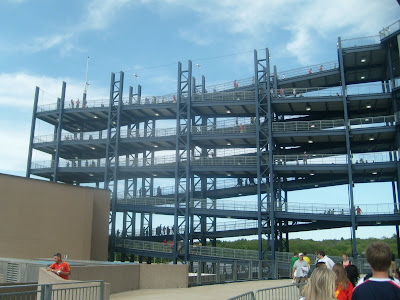 Our guest began his bike ride in Atlanta on April 18th riding up the Atlantic coast to Boston.  After a short hiatus he will continue from Boston and ride due west in Canada.  Possibly back to his home in So. California. What a nice way to spend the summer.  I rode with him as far as the Cape Cod Canal which is around 20 miles (as the wheels roll on the back roads).


The start of the day's ride. River Rd. in Mattapoisett, MA.

In front of the decommissioned light ship Nantucket in Wareham Ma. 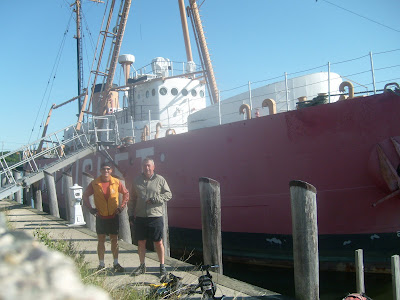 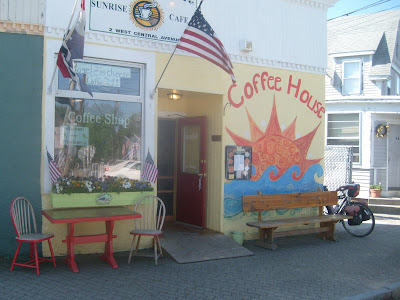 Crossing the Bourne Bridge over the Cape Cod Canal 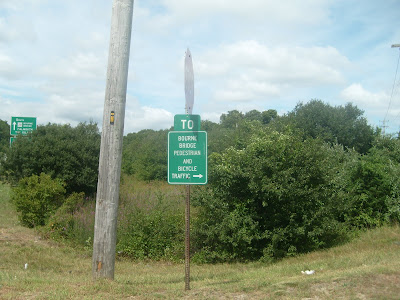 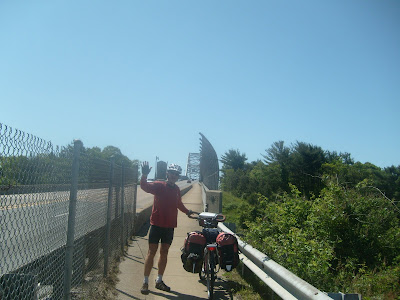 I have done this before 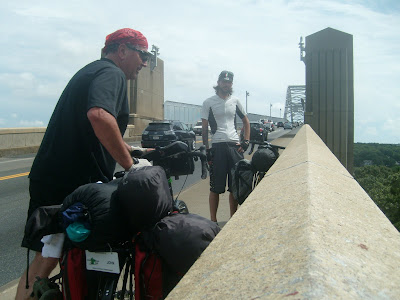 Warm Showers is a nice way for people to host touring cyclists.  They provide feedback from previous hosts and first contact is by cell phone.  In short, anyone considering hosting or staying with a host has the ability to make an educated judgment on weather or not the two of you want to get together.  Matt was a good guest by the way.  He is also posting his ride on Crazy guy on a bike .
Posted by amidnightrider at 12:57 PM