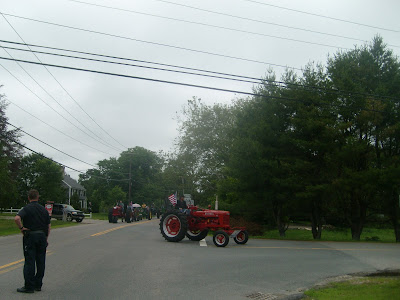 
The weather was just beginning to clear after a few days of off and on rain when the call came to go for a bike. Dave and I decided to do the Wareham loop. We pretty much had the roads to ourselves for the first few miles when we suddenly ran into a tractor parade.  I asked the cop directing traffic if it was the marijuana growers protesting the laws but was told it was the first annual parade for a man who was the tractor fixing guru in town that had recently died.   Everyone agreed that the parade would be shorted if there was a next time because about half of the tractors broke down during the parade. 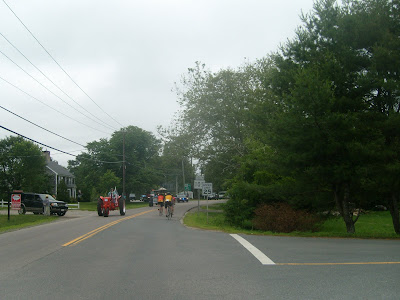 While waiting for the tractors to cross a small group of bikers passed us by.  We all agreed that today was perfect for riding.  Soon another couple passed, then a few more.  We finally realized that they were all wearing numbers and eventually  found out that we had run into the MS150 annual ride.  That also explained why in a couple of out of the way stops, there were cops stopping traffic to let Dave and I through cross roads and intersections.

At one stop light the cop on the corner held up his hand for a car to stop.  He then pointed at me as I was approaching the intersection behind the car to go on through. The car began to move forward, the cop held up his hand for it to stop, pointed at me still behind the car and gave the "come on" sign.  The car began to move forward again and the cop repeated the whole routine yet again.   It was not unlike an Abbot and Costello skit.


I tried to get this shot looking back over my shoulder on a downhill, through a tunnel, on a curve.  I got most of it. 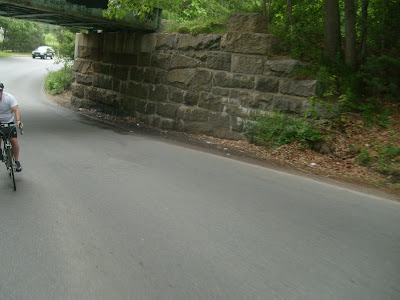 Only a few more miles for these MS150 riders to reach their overnight stop at MA. Maritime Academy. 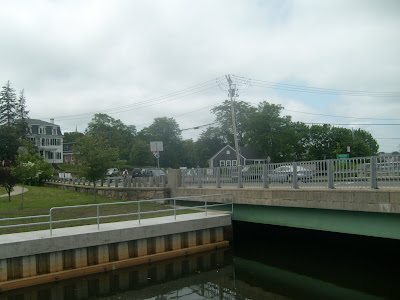 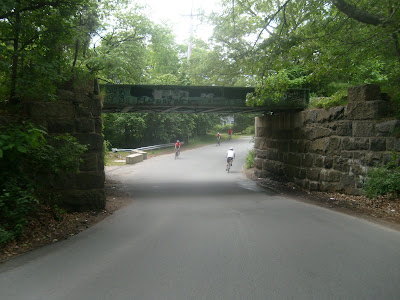 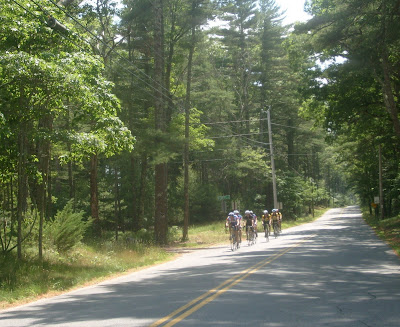 Posted by amidnightrider at 1:39 PM