Holiday Ride 55 Miles Uphill and Into the Wind Both Ways. Just Like Grade School Days.

We had an early morning lacrosse practice with the high school which allowed plenty of time to do a long ride on this holiday. (Patriots Day).   It's also the day of the Boston Marathon which had been broadcasting heat warnings all week.  The temps reached the high 80's in town but on the coast we topped at around 80F. Lots of people were out on the MUPs and the canal path.

Dave and I set out around noon for a 55 mile jaunt to Buzzard's Bay and the southern point of the Cape Cod Canal.   We brought a lunch to eat on the canal but Dave couldn't wait that long.  He finished his meal while we visited a friend who owns the Onset Bay Marina.  I had half mine there but fought hard to save half a sandwich to have with a wonderful Dunkin Donuts coffee.  It's by far the best coffee in the Milky Way if not further out. 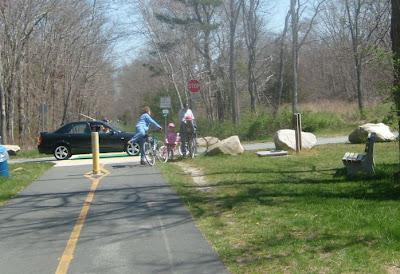 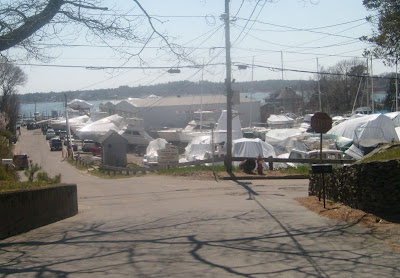 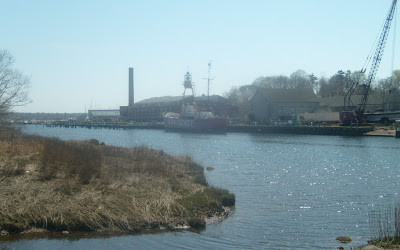 Dave had a difficult time with the hills today. He has been ill and his legs and lungs are not yet up to speed.  His bike fitness will improve as he rides more.  Won't take long.


Dave after a slow slog up one of our many hills in Wareham. 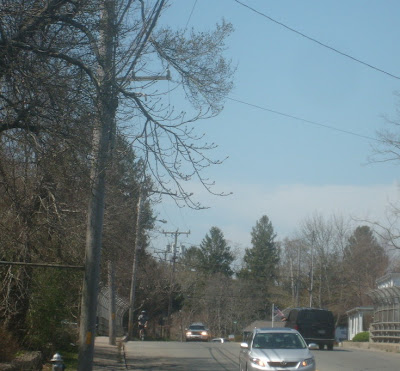 We ran into some construction crossing the Buttermilk Bay Bridge. The first thoughts are that this is going to be tricky but once we got into the traffic we had no problem taking the whole lane because we easily kept pace with the car in front of us.  Actually we had to break quite a bit to keep out of the car's trunk. 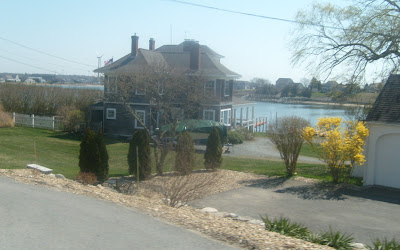 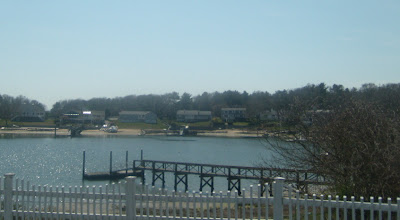 Once we got to the canal we sat for a while with a hot coffee and both of us commented that we didn't really feel like riding home.  We struck up a conversation with a couple who usually ride the canal and they commented on the wind.  "It's always nice riding north on the canal because it's mostly down hill (the path not the canal), and also down wind.  Coming back is always a chore because the wind can really whip up in the afternoon".

The wind was blowing today and we had a 26 mile ride into it's face to get home.  It worked out pretty well and we kind of got in a zone and forgot about the wind.  We were awakened from our dream occasionally when we added hills to the wind.  That sure got my attention at least. 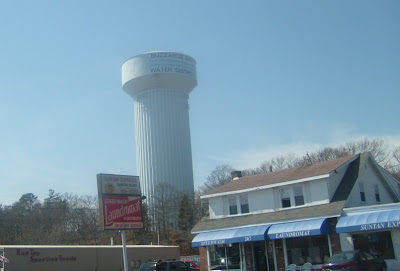 The view from our coffee break spot. 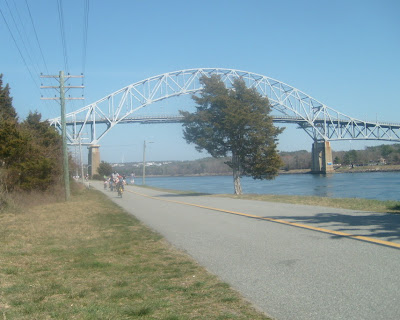 This area has always been "Cranberry Country".  We all get a kick out of the commercials because they are standing in knee deep water all the time.  For those uninitiated, they flood the bogs during harvest in the fall.  After the bogs are harvested, the water stays throughout the winter to prevent the stems from dying off from frost-defrost cycle.   They are also good for ice hockey games in January and February
Wareham Ma. Cranberry Bog.  Not at all like the commercials 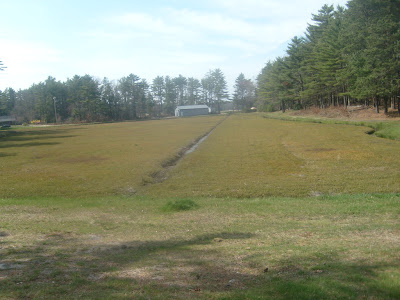 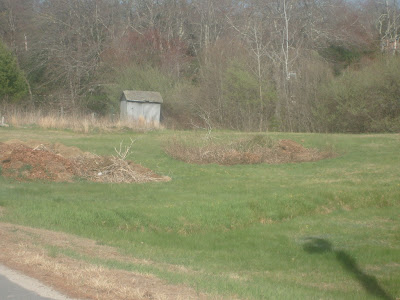 A solo rider checking his map. 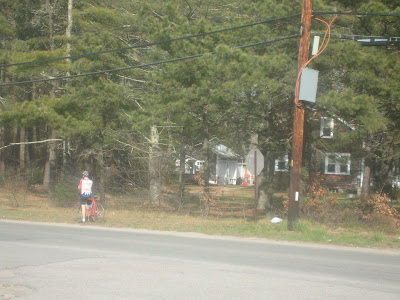 Posted by amidnightrider at 5:30 PM