On the weekends I'm not working I get dog duty. We took an extended walk on the Phoenix Bike trail continuing down the new section. We passed my favorite spot, which in the winter, takes on a whole new look. While I was focusing this picture, a flock of ducks suddenly took flight and scared the bejesus out of me and the dogs.
We all let the world know we were startled in our own way. One of us yelped, one whined and one pee'd. All the commotion we did caused a second flock to take off and put the bejesus back into us. 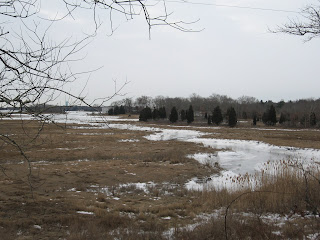 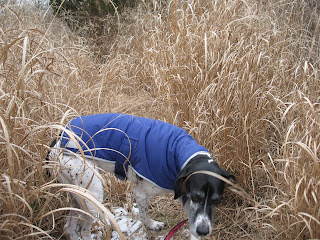 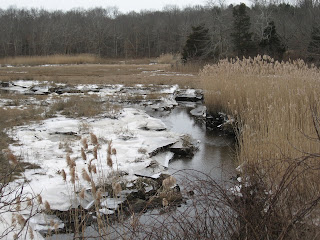 The three of us continued down the new section of the trail that took us into the salt grasses. Our 90 minute constitutional was surprisingly nice considering the sub freezing temps. 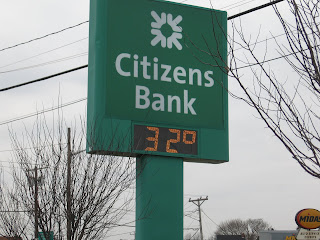 There was a peace rally scheduled at the city zoo. I decide it would be a good bike ride up there to take some photos. The rallys are pretty mild and it's mostly members of the Quakers. Some of the local rightys go to try and harass them, but they are not taken seriously. Mostly losers.

I stopped for a quick lunch at one of the old hang outs, "The Dog Mill". Actually the main reason was to warm up my feet. I also wanted to say hello to the new owner, who waitressed there for overy 20 years. She got a good deal and decided to buy the business. Good luck to her.

Riding toward downtown, my old high school begged me to takes it's picture. It's amazing that there were over three thousand students in three grades. 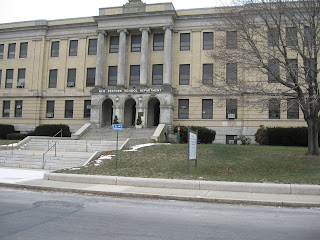 I stopped as my buddy Kennedy's place to warm up again. The talk turned to local politics which gave me my incentive to move on. I almost turned back a couple of times because of the cold but forced myself to continue to the end of the penninsula into Fort Rodman. The penninsular road is a bike and pedestrian friendly route. Everyone has their own lane. 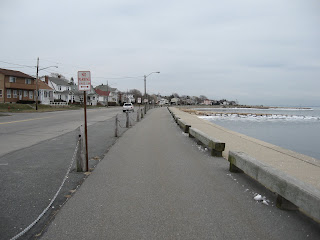 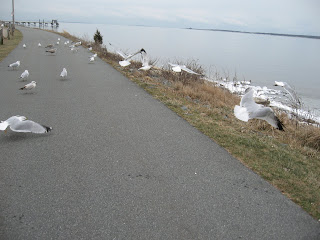 Get out of the way

The ride was nice and scenic but it as" cold enough to freeze salt water. 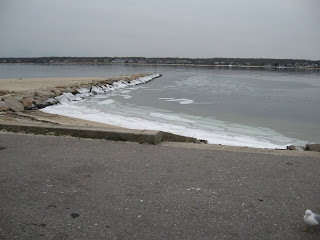 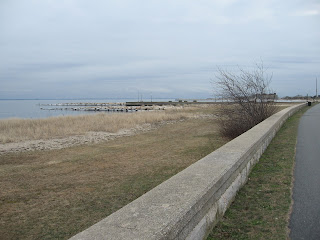 Inside Fort Rodman sits an older smaller encampment. Fort Taber, built for the civil war and constructed by Capt. Robert E Lee. Before he became a traitor that is. The Tabor museum covers the Civil War and all the succeeding wars. 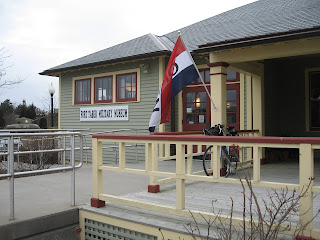 I got caught at the Fairhaven bridge opening and snapped these two pictures of the hurrican barrier entrance and the tug boat Chicopee. 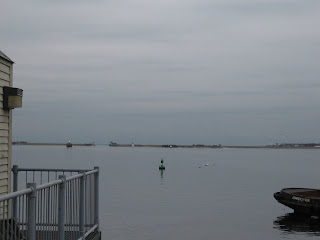 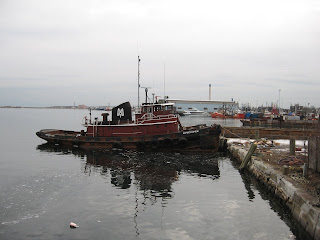 The peace rally. That's tomorrow. Which gives me a reason to ride.

Posted by amidnightrider at 1:10 PM