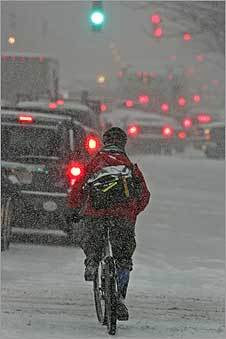 The forcasted ten inches of snow was right on the mark. As usual the weather service was correct. The flakes began falling lightly around noon and by one oclock the ground was covered with and inch or so. As the afternoon progressed, so did the intensity and accumulation. 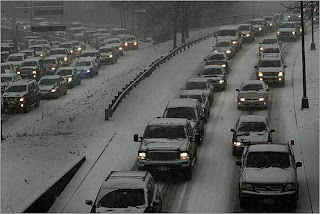 People began leaving the office around 3PM. I went oustide to see the traffic backup up to my building, which is just under two miles from the entrance to the industrial park. Stories of people taking hours to thier destinations were everywhere. TV, radio, interned and personal tales. The one thing that was common was that very close to 100% of the cars, trucks, etc. had one occupant.

The point of this whole thing is that one occupant traveling is the way things are. Traffic moving very slowly in a storm is also natural as is complaining about it. I just find it ironic that the loudest complainers are the cause of the whole mess. Those solo drivers often in a vehicle built for 6-8 people. 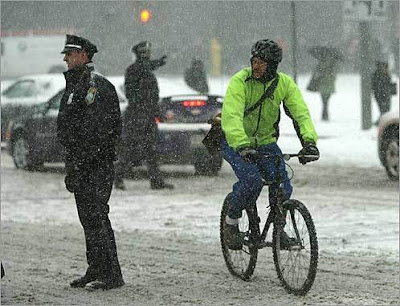 Posted by amidnightrider at 8:09 AM