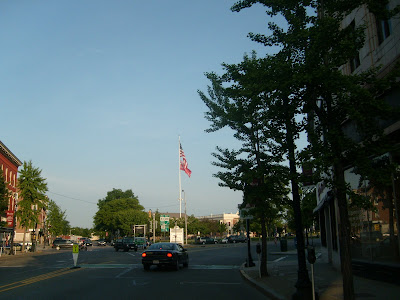 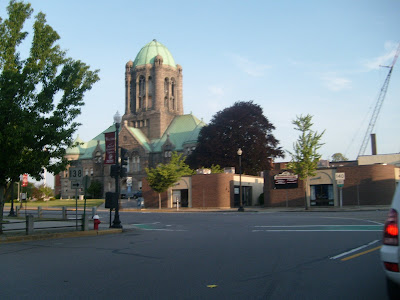 During my usual short cut through General Dynamics I came across a guy leaving the building in full gear. I struck up a conversation and he was riding around 2/3 of my route. He told me his name as a car was passing in the lot. I asked him again and his answer was just as the car next to me slammed it's door. He was on a single speed so I dubbed him "single speed on a red bike".

We were able to converse pretty freely with the very light traffic. I took him on a route that was a little longer than his normal but much safer. He was hit last year on the route I wrote about a few weeks ago. It's one I stopped riding years ago. Vindicated, is the word that floated through my brain.

He turned off near to go to the LBS after five miles and I continued the six remaining to my car. My new car.

The traffic was light for the whole ride. The three spots I have to be on my "A" game were a can o corn today. Sometimes that happens.

The weather is great for riding through tomorrow. Thursday is a wash but I have to get my hair done anyhow. So.... no matter.
Traffic was light at this left turn. 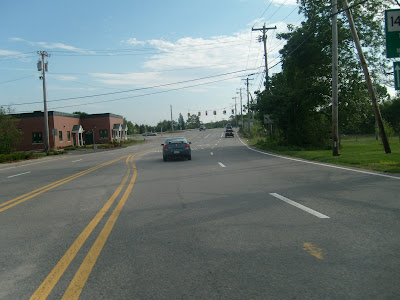 Ole Blue leans on the ride home. The new Vibe. 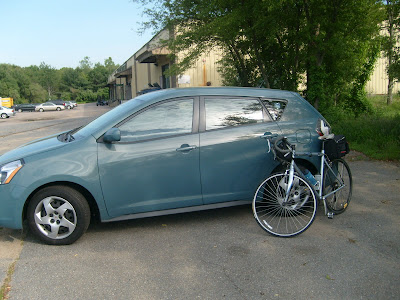 Posted by amidnightrider at 6:20 PM