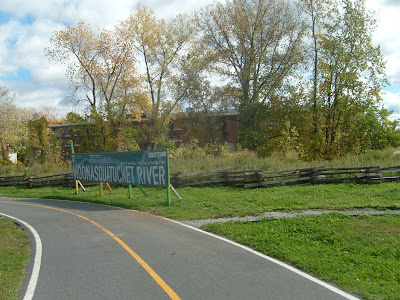 It's inconceivable how difficult this 40 mile ride could become.  Sustained winds of 35-40 MPH with gusts of 60MPH.  Lots of gusts. The inaugural ride, mid October and wind approaching hurricane velocity kept the number of riders in the 30s.  Twelve of us did the longest option, about the same number did the 20 mile and the 10 mile family route.  We ended the ride in downtown Providence R.I. with a barbecue generously provided by a local restaurant.

The ride began with a bang when two of us, riding the city streets of Providence  turned onto a street between two high rise buildings.  The wind created a tunnel effect that literally stopped my forward progress and forced me to track stand for a few seconds.  My thoughts were that this was going to be a looooong ride.  It wasn't a bad ride, but not a fun one either, because of the wind.  The best description was that it was challenging.  I look forward to doing  this again next year, and hopefully the weather will cooperate, because this is a wonderfully scenic ride

The first few miles were in the company of three riders, but they soon left me as I  lagged behind to take pictures. The majority of the outward part of the ride was uphill.  Add gusting headwinds and no downhill sections to speak of to the equation and it's understandable that the first 20 miles took two and a half hours. The natural bonus was that the return trip, mostly downhill with a tailwind took 1 HR 15 MINS. 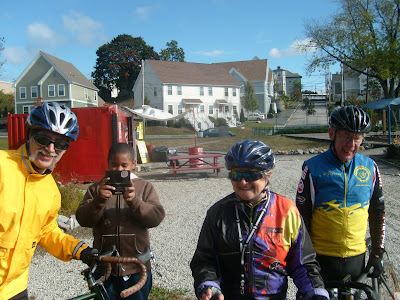 Soon they were nothing but a speck in the distance 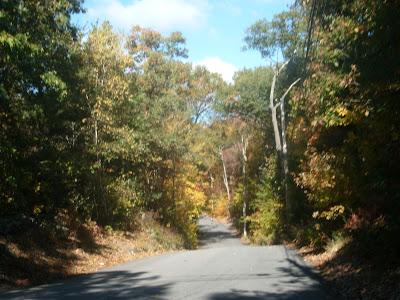 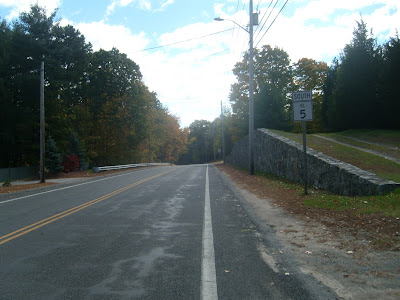 The ride was mostly country roads of northern Rhode Island with a spattering of urban riding in Providence and North Providence. Traffic was very sparse and the foliage was spectacular at times. 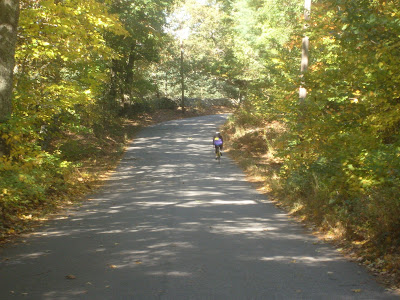 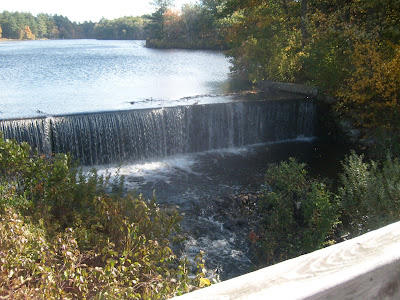 To see the full photo collection of this ride.  CLICK HERE

Posted by amidnightrider at 2:41 PM