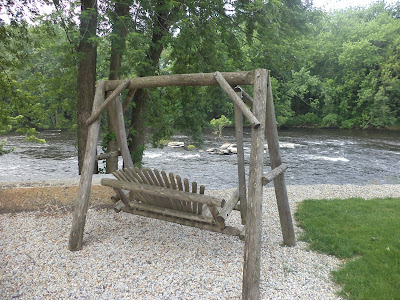 See all the photos HERE

This was a ride organized by the Newport Bike group.  Fall River and Fairhaven Ma were represented on this 20 mile ride along the Blackstone River that runs from Lincoln to Woonsocket R.I.

The Fall River and Fairhaven riders got our directions in a muddle and gathered at a different spot than directed. However it was easy enough to find the Newport group by simply riding the path to the next parking area.  This will some day be a 48 mile path from Providence R.I. to Worcester, Ma.  The estimated completion date could very well be beyond the life expectancy of some of our riders today. It's a long way off.

The Blackstone Bikeway also runs between the river of the same name and is flanked on the opposite side by the railroad.  There were times today that reminded me of riding the rail trail from Williamsport to Wellsboro, PA.,  where it was common to see people floating down the river on tubes that were attached to other tubes carrying beer and food.  Sort of like a floating picnic table.

Railroad on one side 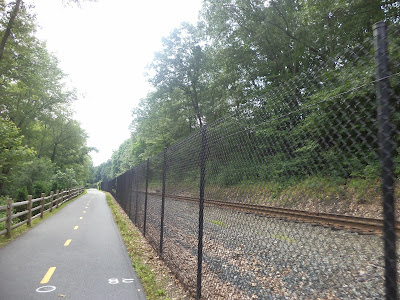 Water on the other side. 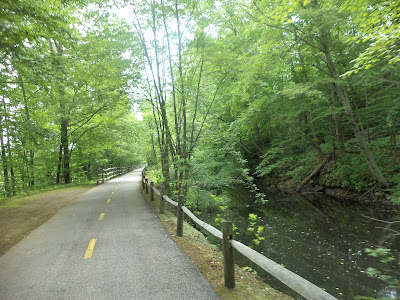 Anyhow,  when we reached the turn around point, a couple of the riders were disappointed that the day was not offering a longer route.  The city of Woonsocket was within sight and the call of the Sirens was strong enough to get me to continue riding into the city.  Woonsocket was once a thriving textile city and there was still plenty of evidence of that era.  Mills, dams, the river and the unique housing that was available to the textile workers, made the extra miles off the path well worth the time and effort to see those things.

Riding in cities can be some of the best, and is usually the most interesting places to ride.  Woonsocket lived up to that standard as some of the photos will attest.  Once place in particular was a textile complex that had been converted into condos.  On the other side of the tracks, (naturally) is where the textile owners built the homes for the workers.  As long as you worked for the mill, you could rent a tenement.  Leaving the job, for whatever reason, also involved automatic eviction to make room for your replacement and his family. 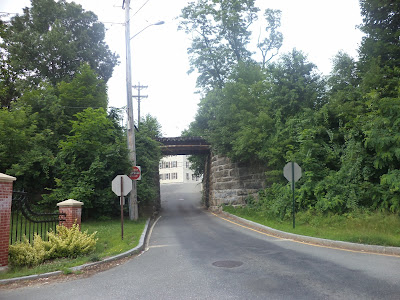 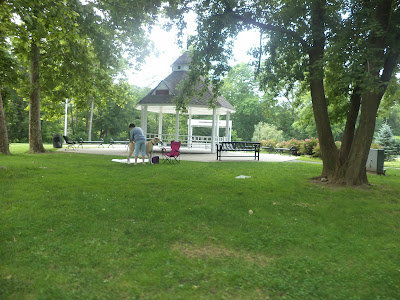 This reminded me of parts of Russia I had seen on TV with the apartment complex in the distance. 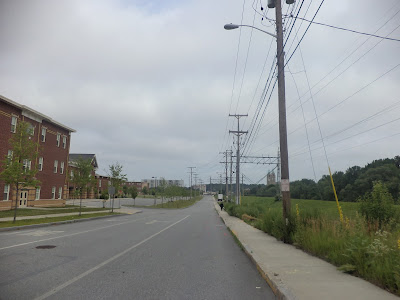 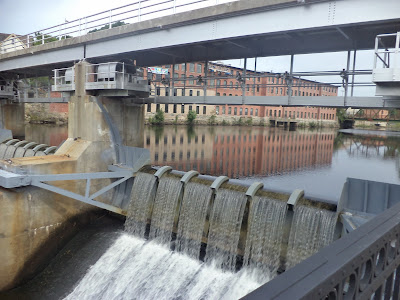 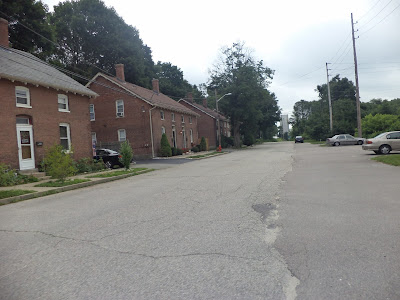 If this has been on your list, or if it's on your list of places to ride after reading this, make plans to do it soon. I'ts a really nice flat ride and if you only do the bikeway, it's only 20 miles round trip.

Posted by amidnightrider at 2:48 PM