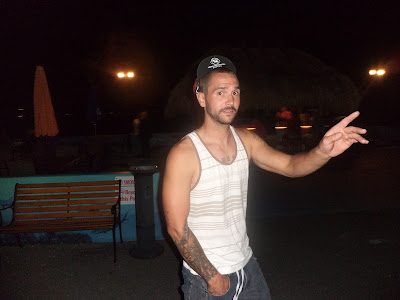 It was planned to be a night ride on our single speeds, but ended up being a pub crawl.  We met down town New Bedford and decided to ride to the south end of the city.  Our first stop was Davy's Locker Tiki Hut.

We were only a short bike ride from a place that had just been televised on the show Bar Rescue. Lebads Seaside Tavern, which many years ago under a different owner and name was a regular stop for me.  Actually I tended bar and was a bouncer there.  It didn't bring back any memories at all because it had changes so much, but it was still a good stop on our bar crawl.

The Tiki Hut at Davy's Locker in New Bedford Ma. 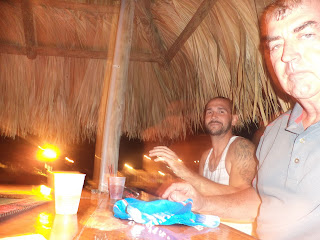 Trying to unlock the bikes after a couple too many. 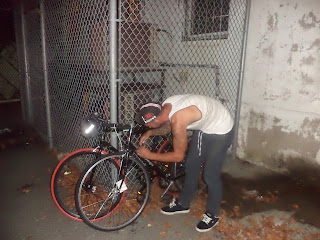 We made it home fine but late (around 11PM), and it was such a good time I really think we may do this more often.  Kind of like this bike club in St. Louis.
Posted by amidnightrider at 8:43 PM