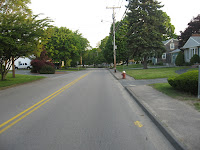 I stopped and chatted with a gentleman last year, originally thinking he may be French. "Portuguese", he said. Now, we great each other many a morn. He out for his constitutional, me on my commute to work. It was too early to see the other regular commuter. The camera is ready when the next opportunity arises. 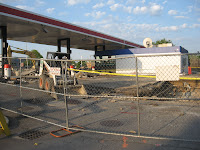 The halfway point "pit stop" is closed for renovations. It is the winter "warming house" and "summer cooling house". There, I always say hello to Arthur, who said the place will be closed for at least a month. 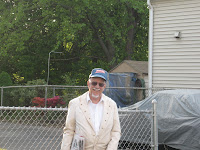 The renovations was cause enough to try a different route. The city hall in Taunton Ma is a grand building, in disrepair, but grand. The detour allowed a new perspective. The following are the back side and alley way of the city buildings. 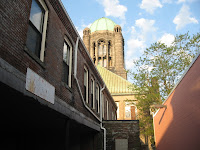 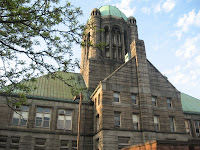 The weather is cooperating and providing a great incentive for getting up an hour early to commute.

Posted by amidnightrider at 8:40 AM