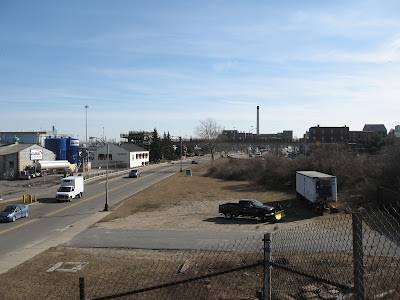 An informal consultation meeting was set for 2:45, and only six miles from home. The temperature was hovering at the 20 degree mark, the sun was shining and there was no wind. The bike? Why naturally, and a chance to get some different photos of the area.
The New Bedford/Fairhaven bridge has a set of stairs that allows pedestrians and bicyclist to enter the city safely without having to fight traffic. The photo above is taken from the top of the stairs and a rider has to portage the bike to the city streets. 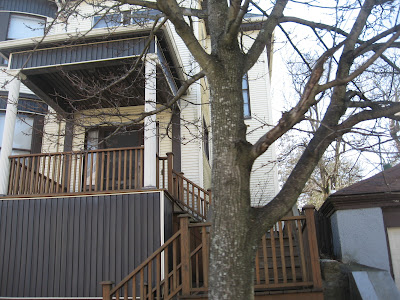 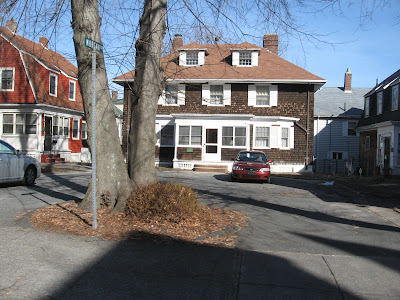 The meeting was on the fringe area of downtown near St. Lukes Hospital It's a very scenic section of the city with large turn of the century homes originally built by the wealthy factory and whaling principals. 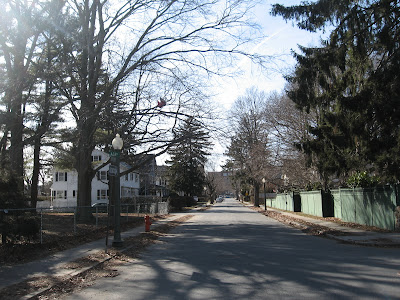 A blogging friend Grant in Prague wrote about the cemeteries in the Czech Republic and how they adorn the grave stones with photos of the buried. A little bit of extra time before the meeting allowed for some photos of the "Rural Cemetery" of New Bedford. The dates, some from the 18th, century give a revealing glimpse of the residence of the once great city. 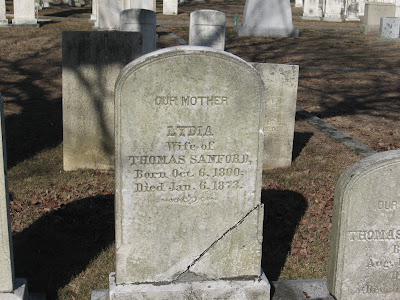 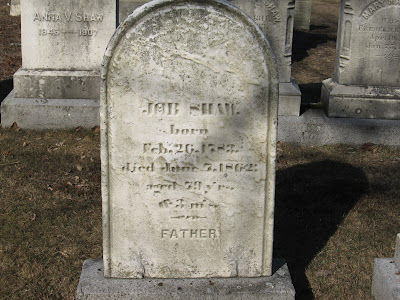 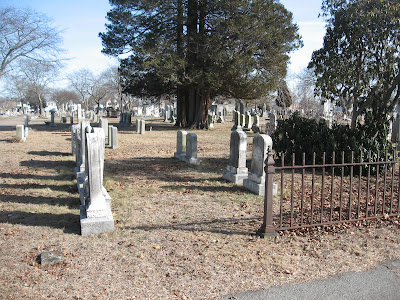 Back into the city for the return leg 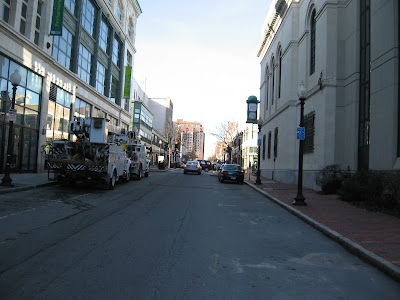 Posted by amidnightrider at 1:40 PM