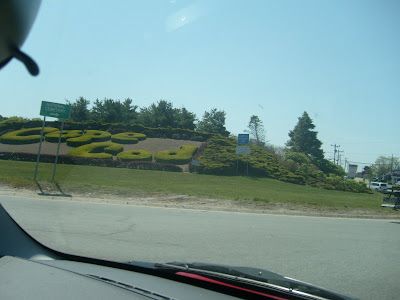 Work has been horrible the past four weeks. Leaving it at that and just say it was time for a long weekend. Wifey and I decided to shopping on the Cape. (You know what I'm really saying here about who decided what, right?). 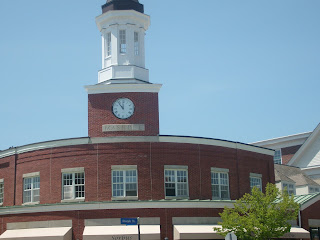 The mention of Mashpee Commons gets women all excited around here. It's a shopping area laid out like one of those gated communities. Actually my first though was a movie where the Russians built an American town to train their spy's. One of the first stops was Starbucks. Wifey likes the caramel, machiada, iced coffee with milk, not cream, sweet and low, not sugar and whipped cream. At 112 lbs you can drink these things once in a while.

I had a very special expresso. I say special because where else can you get a single expresso in a 16 oz. paper cup. Two thirds of the stuff, seeped into the paper and as I lifted the cup to take a drink, half of the remainder stuck to the side of the cup, leaving me with just enough to coat the tip of my tongue. A dollar ninety five, thank you very much. Another buck and a half got me a scone the size of my thumbnail. But it had frosting on it. Yum.

Back to the mainland. 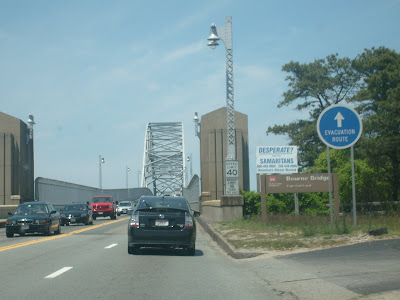 We decided to lunch on the mainland side and found a really nice place in Wareham, Ma. that was located on a marsh and served some really good sea food. My crispy haddock was light, and sweet salsa topping complimented the fish as well as the Riesling.
After lunch we dashed across RT6 for desert. Wifey had frozen pudding, me, maple walnut. Just like your parents right? 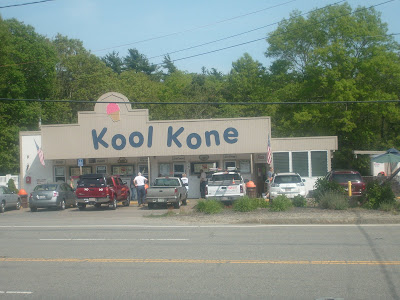 When we got home, I got a hankering for a bike ride. The canal stuck and I decide to pack up the bike and drive back to Buzzards Bay and ride the 14 mile canal Mup.
A photo tour.
Bourne Bridge 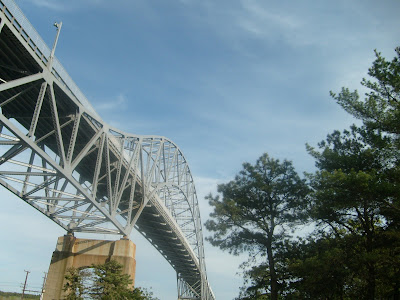 Fishing on the Canal 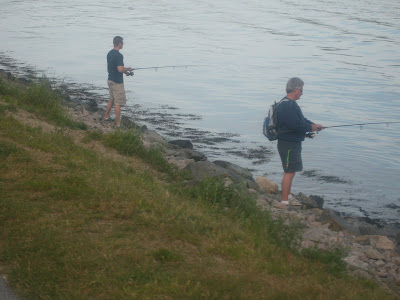 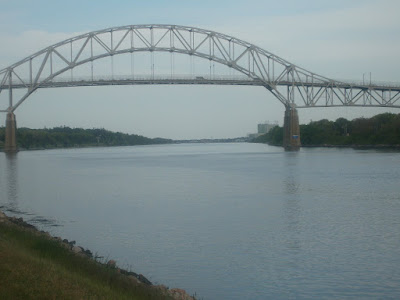 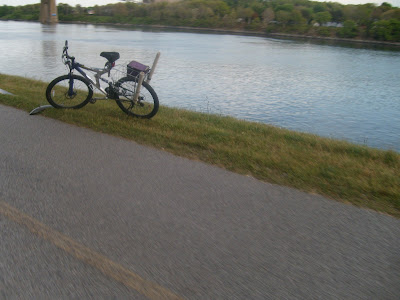 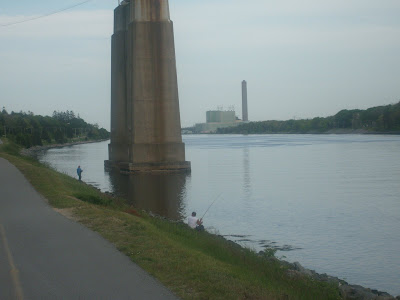 The ride began and ended at the third bridge crossing the canal. The RR bridge. This one stays up till the train approaches. The only one left is a summer dinner train that passes twice nightly. This whole contraptions is operated by huge concrete weights and pulleys. 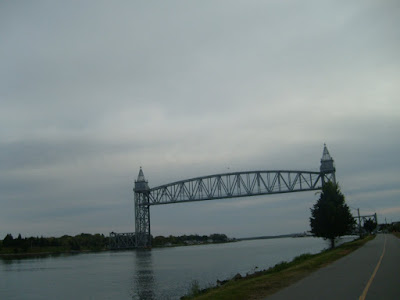 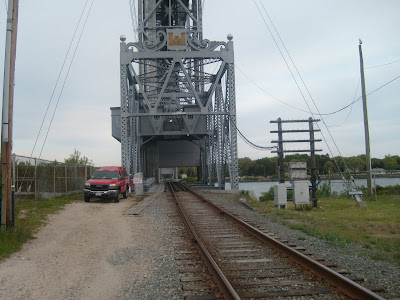 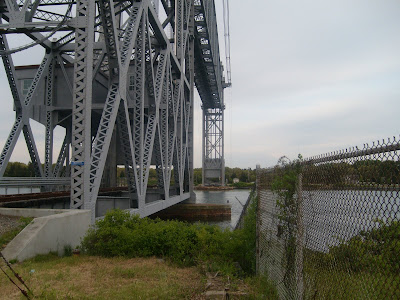 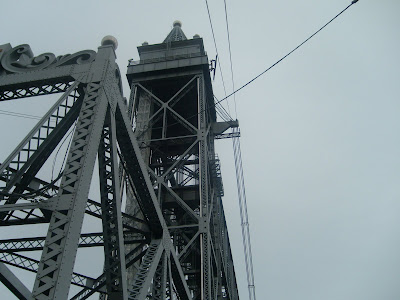 We'll be wishing for these prices someday 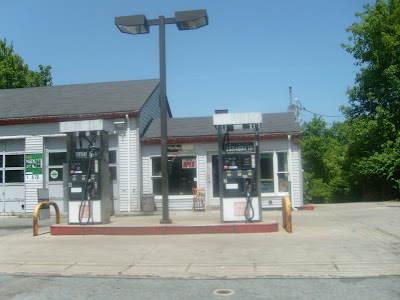 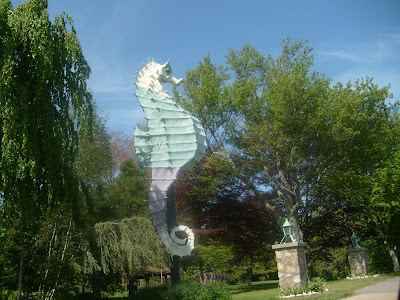 Posted by amidnightrider at 5:20 PM