Hey! Where You Been? 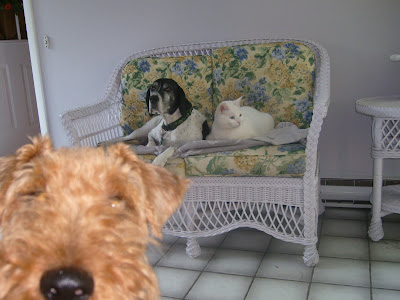 "Soccer comes on tv and you disappear. What's with that? What happened to your bike riding?"

My animals are feeling neglected since Euro 2008 began. Can't fault them since I have been preoccupied. Working weekends doesn't help a whole lot.

Saturday night after work and watching Russia destroy the Netherlands 3-1, my buddy Tom and I took in a R.I. Stingrays game. They play in Pierce Memorial Stadium the former home of the R.I. Oceaneers. Back in the mid 70's Tom and I were regular fans and Saturday was like a trip back in time.

The Stingrays are a professional development team affiliated with theUnited Soccer League which in comparison, is one step below single A baseball. The team has a fan base of around 100, mostly parents I presume, which make this a very unique experience. It was darkly interesting, and watching the coach go balistic a few times was comic. I did look up their record and they are 0 for however many matches they have played. A 4-1 defeat kept the record intact.

The movie set at the abandoned school that is part of my commute is still very active. Lots of trailers there now and the last couple of days the lots have been filled with private autos. I'm suspection extras.

I have been riding through there almost every day and it is at the point where security waves and/or nods when I pass by. 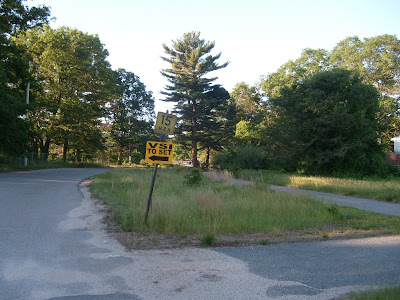 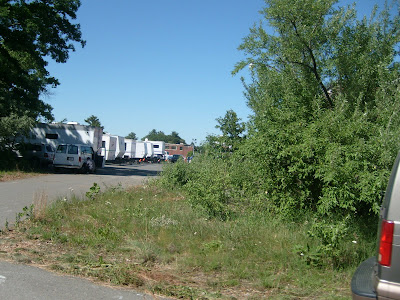 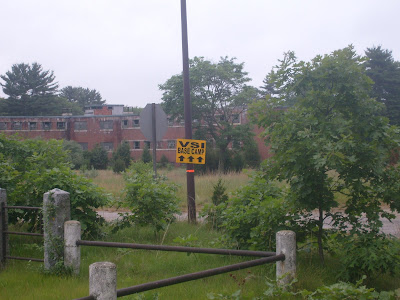 Posted by amidnightrider at 4:28 PM