It's Ten Degrees Cooler On the Coast 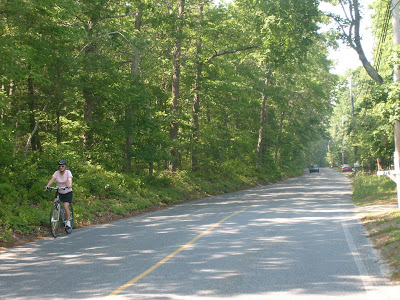 I was sweating bullets getting the bikes ready for our special Tuesday ride with the kids Uncle Terry, who is up from the Smokies for a conference in Boston. The LBS owner said, "stay along the coast" when he heard me moan as I spotted the 101F sign on the bank across the street. When we began riding we noticed the cool breeze instantly took some of the bite out of the heat.
Wifey and Terry on the boardwalk. 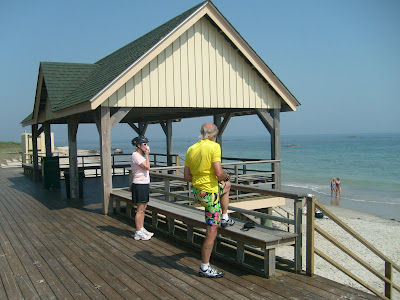 The guy was right though. As soon as we approached the coast the temps became very comfortable. The three of us, (uncle Terry, wifey and I)followed the Village Bike route Brandon and I did two weeks ago in the heavy fog. This time we meandered and noticed that the area seems much more "hoitty toitty".

A small house in a field of really big houses. 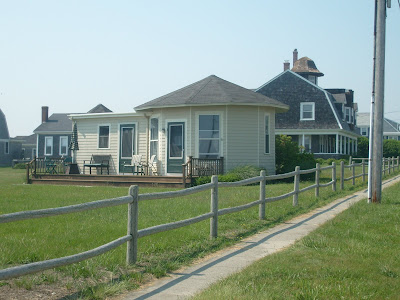 One of the really big houses. 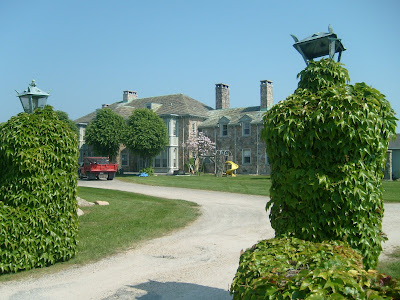 Cabins for rent on the water 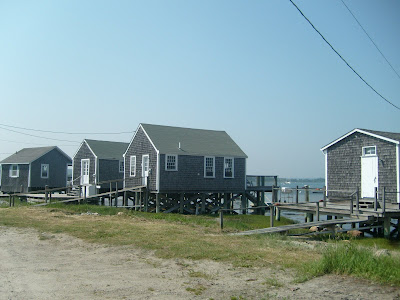 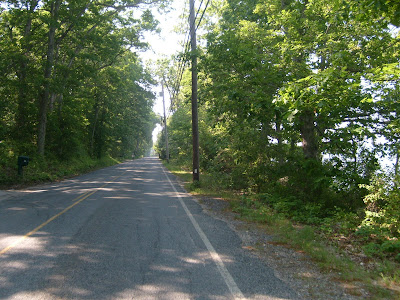 The oldest General Store in America 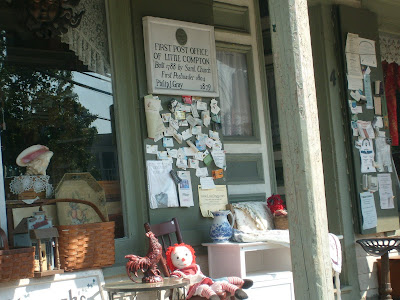 We road along the beach for a few miles to The Bayside Restaurant. It's the first certified "green" restaurant in Massachusetts. The outdoor dining area provided a great view of Audubon's Alens Pond Sancturary, Buzzards Bay and the Elizabeth Islands. They serve a variety of flavors from the Buzzards Bay Brewers located two miles away. 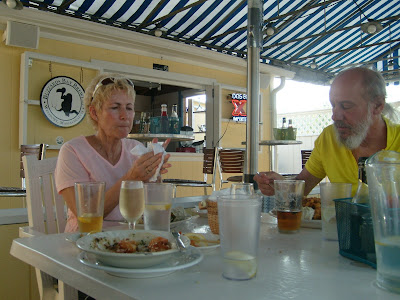 Terry at the entrance to Buzzards Bay Brewery 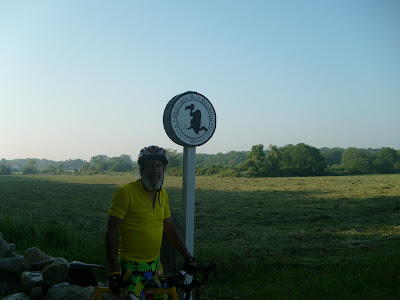 Earlier in the day, Terry and I took a ride around Fairhaven and split a small order of some really good New England style clam cakes. Smothered in vinegar.

That's where we ran into John Kennedy the son of a friend, who was one of the better soccer players of Fairhaven High. Johnrecently returned from a stint working in Taiwan, and he was good enough to help us even out the portions of the clam cakes.
John at Tiananmen Square

Posted by amidnightrider at 6:16 PM