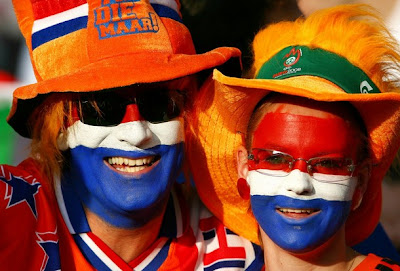 Biking has been limited to commuting while Euro 2008 is in full swing. I just can't tear myself away from the matches. I have been a Dutch fan since their great run at the World Cup in "74" and "78". Johann Cryuff and company captured my imagination with thier wide open play. This squad may be better than those dream teams. 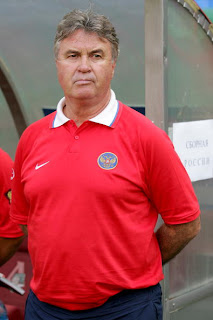 The Dutchman, Gus Hiddink, who worked wonders with South Korea in the 2002 World Cup is leading the Russians against his homeland.

"I want to be the traitor of the year in Holland," joked Guus Hiddink. For this evening in Basel, Russia's Dutch coach will attempt to beat the Netherlands in the UEFA EURO 2008™ quarter-finals.

Contrasting form
The Netherlands sailed through the group stage with three wins and nine goals in Berne, while Russia, having lost their opener 4-1 to Spain, needed a last-day 2-0 defeat of Sweden to reach the last eight. That game was only on Wednesday, while the Oranje beat Romania by the same score the night before – when they were able to rest almost all their regular starters, having already clinched Group C. Despite laughing about knocking out the land of his birth, however, the man who led the Netherlands to the 1998 FIFA World Cup semi-finals knows Marco van Basten's squad have the ability to advance themselves against opponents playing in their first major knockout phase since the end of the Soviet Union.

This fan will again be supporting the Dutch with full football ferver.
HUP ORANGE HUP! 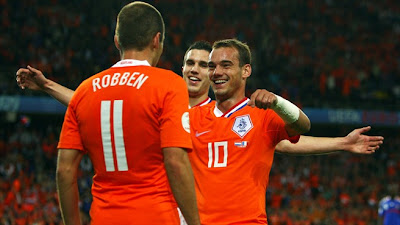 Posted by amidnightrider at 5:17 AM