I was celebrating my birthday in Santa Monica and came across a pony tailed gentleman who had set up his sidewalk shop.  It was a couple of banquet type folding tables with dozens of bumper stickers.  Not all for car bumpers mind you, but I'm sure you get the drift.   I commented on his accent and picked him as a northeasterner.  I guessed New Jersey, he complimented me on my ear and said close enough.  He was from Philadelphia.    I told him why I was in Santa Monica when he wished me a happy birthday and told me to pick a sticker as a gift.  I chose "One Less Car" and it has been proudly displayed on my commuter bike for three years.  (almost).

He offered his hand and asked my name.
"John Sullivan", I said.
"A pleasure to meet you John and happy birthday.  I'm Jerry Rubin".
That was very cool.   By the way. During that trip I had spoken to Whitey Bulger on the pier and had no idea who he was till he was arrested and I saw his image on TV.


My California friend Jerry peace activist Rubin.  His "sticker table" can be seen in the background. 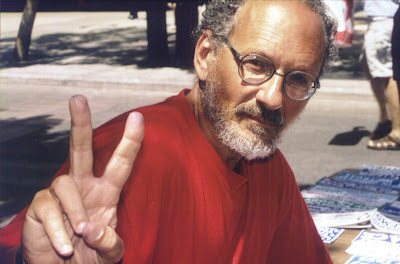 Today's ride was over the New Bedford/Fairhaven bridge for a late afternoon appointment. While traversing the bridge just after traffic had resumed following an opening, it was necessary to cross the two lanes in order to get to the opposite sidewalk, because of construction.   Many riders might stop, dismount and wait out the heavy slow moving traffic to get across.  I gave that some thought, but looking back over my shoulder, I saw an opening and veered into the middle of the road.  I signaled the oncoming traffic that I wanted to turn left across their lane and the second car waved me on.  That kind of courtesy I found is very common around here when a bike rider makes eye contact and lets his intentions be known.

The one thing that struck me was that every car,  I'll say again, every car had one person.  I'm sure there were a few who were upset at the traffic.  The traffic that they were causing by the way.  I was on my bike, on the sidewalk, which is the accepted and preferred way to cross the bridge by bike, and was the fastest moving transport on the bridge.  I am reading a book that I recommend for anyone who is interested in how the country has deteriorated by being a car oriented society.   "The Geography of Nowhere" by James Howard Kunstler.


The Geography of Nowhere traces America's evolution from a nation of Main Streets and coherent communities to a land where every place is like no place in particular, where the cities are dead zones and the countryside is a wasteland of cartoon architecture and parking lots.

In elegant and often hilarious prose, Kunstler depicts our nation's evolution from the Pilgrim settlements to the modern auto suburb in all its ghastliness. The Geography of Nowhere tallies up the huge economic, social, and spiritual costs that America is paying for its car-crazed lifestyle. It is also a wake-up call for citizens to reinvent the places where we live and work, to build communities that are once again worthy of our affection. Kunstler proposes that by reviving civic art and civic life, we will rediscover public virtue and a new vision of the common good. "The future will require us to build better places," Kunstler says, "or the future will belong to other people in other societies."

As I entered the city of New Bedford, looking at all the traffic and people in such a hurry to get to a stoplight, I looked down at sticker on my bike tube, smiled and thought.  Thank you for my birthday present, Jerry Rubin.   "One less car" 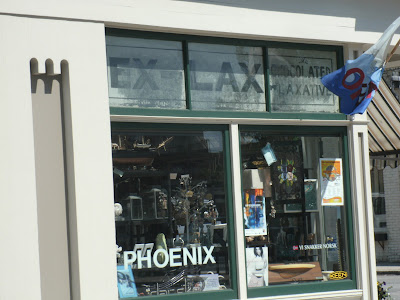 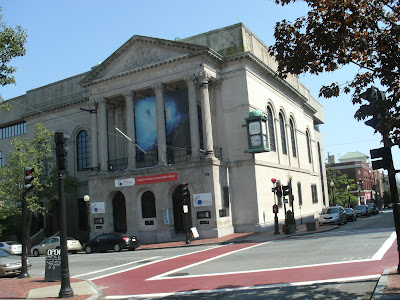 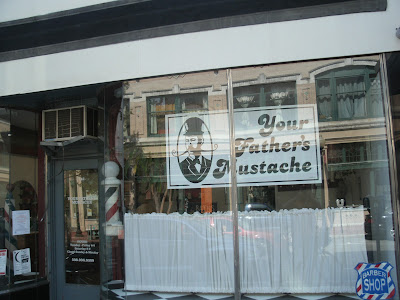 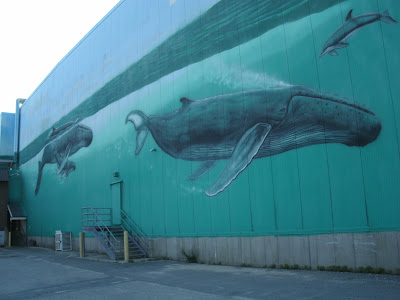 Posted by amidnightrider at 8:25 PM