Riding Your Bike Across Country. 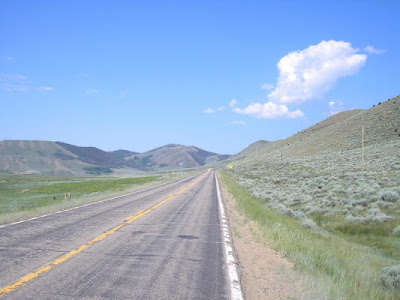 In 2005 I found a website that featured people having fantastic adventures on their bikes. Riding around and across the US and a plethora of other places. By leaving comments I got friendly with a couple of them. One was Mike, who live in NYC. He took a bus from New York to Virginia, got on his bike and road to Oregon. He took along a small laptop and blogged the whole trip on Crazy guy on a bike.

Last week Mike and two friends Jamie and Chuck, left Maine to ride the Northern Tier to Seattle. They are posting in crazy guy using Team Northern Tier as a title page. Jamie is also making videos as they travel posting them at Team Northern Tier Videos Poor Jamie had to return to New York with knee problems. He is getting treatment and plans to return to the trip withing a couple of weeks. Mike's first journal was really interesting and lots of fun to read. This one is proving to be a match. 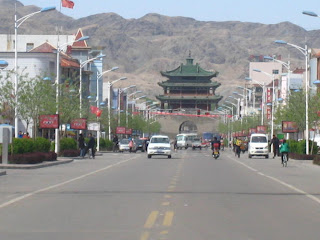 Another really fantastic journal is a couple riding their bicycle from Beijing to Paris. If the thought of safety crosses your mind, here is a quote from Heather.

To the various dear kind people who have expressed concerns for my safety on this trip... may I tell you that the most dangerous thing I do every day, is to carry my bags up and down hotel and guest house stairs which have one step which is radically different in height to all the others.

Friendly people, good food. This one is such a unique and interesting journal that I cannont recommmend it strong enough. Give it a try. 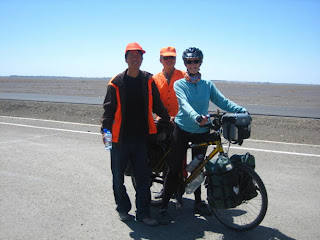 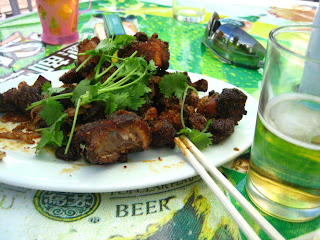 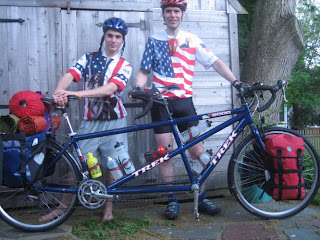 Finally, a father and teen son riding cross country on a tandem. They are also very early in thier tour but so far it is proving to be a fun journey to ride along.
Posted by amidnightrider at 5:54 AM