Ride To The Sun. Newport R.I. 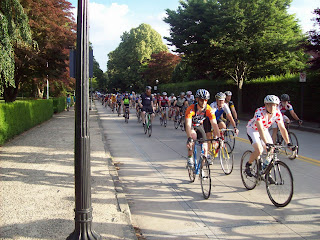 Ten Speed Spokes bike shop in Newport R.I. had it's 13th "Longest Day of the Year Ride".  Riding in Newport RI in the summer is, as you can imagine, a really scenic and fun bike ride.  There are lots of hammerheads in the ride who like to spring out of the gate and go hell bent for the full 40 miles.  The sponsor however put the kabosh on that for the first few miles at least.  Becauses of the high volumn of tourist, we have a police escourt in front and behind the group.  The pace car keeps the hammers in check till we get to First Beach where the police leave and separate packs form to do their own pace.

Steve and I began fifteen minutes before the start of the ride just to keep out of that pack, and it allows me to take photos on the fly without causing a major pile up of the 100 +/- riders.  We begin on Busy Thanmes St in the heart of Newports tourist district.  It's slow going and there are lots of people looking everywhere but the the road, pedestrians and drivers alike, which makes for some interesting maneuvering. 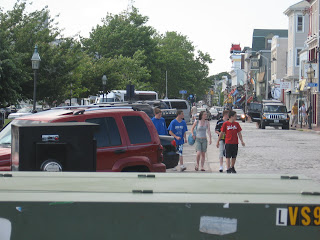 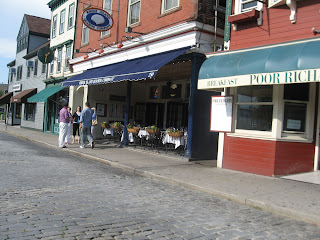 Ocean Drive
We turn onto Ocean Drive with the Newport Bridge in the background. This is where the house and property sizes increase as we get closer to the ocean. Steve and I are making good time and he is constantly questioning my choice of roads. 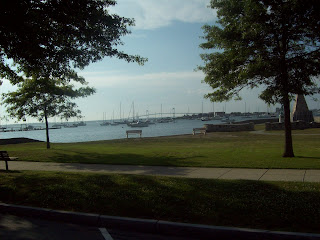 The wind picks up dremactically as the ocean comes into view.  This is where we begin to hear the wail of the pace car sirene and we try to out run the posse.  The homes along the beach are nothing less than spectacular.  We both wondered out loud how many were simply summer or even summer weekend homes. 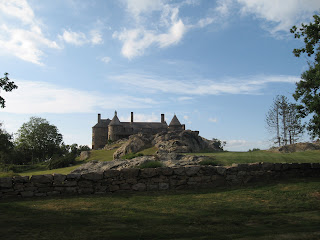 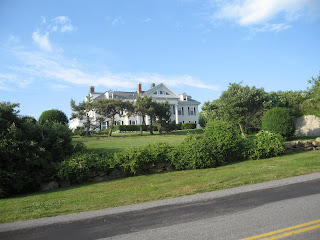 It was pretty good sightseeing along this stretch of quiet road.  A few people made their way out to the rocks for some looking and fishing. 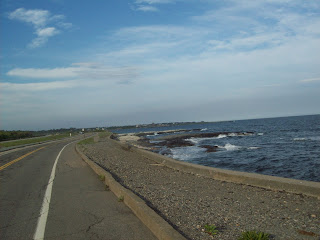 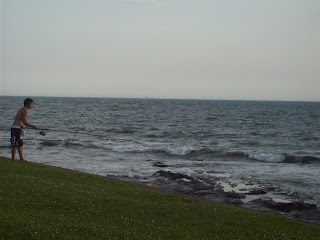 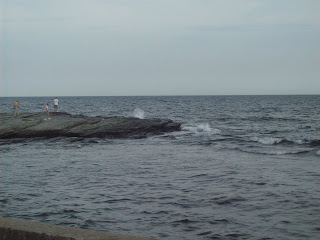 The Mansion District
The pace car was getting closer as we turned onto Bellview Ave.  This is where the mansions sit. 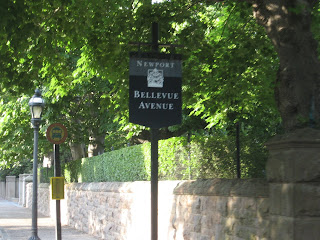 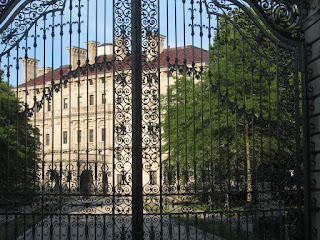 The possee caught us here and we pulled over to let them pass.  We did pretty good as the fox but were no match for the pacline.

The Beaches
One last turn finally brought us to the beaches.  First beach was crowded on this humid evening.  The severe weather watch had been cancelled and people began to arrive en masse, expecially the volleyball players. 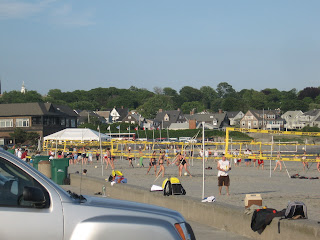 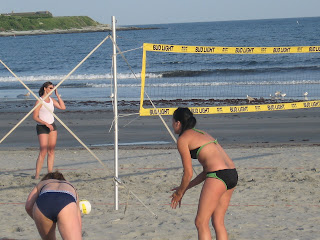 A pretty big climb followed by a huge decent into second beach.  Just before the decent is Purgatory Chasm, overlooking second and first beaches.    The final outbound leg took us to the Abbey and the area that the homes still resemble those of the Puritans who settled this area in the 17th century.  It's quite a feeling to be riding though this area and wondering how things were back then.  It didn't look like to bad or difficult a live.
View of 2nd Beach from Purgatory Chasm 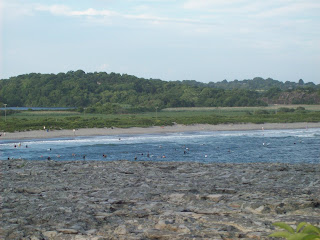 \
Down hill to Second Beach 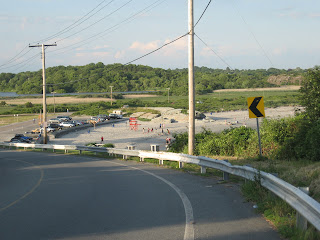 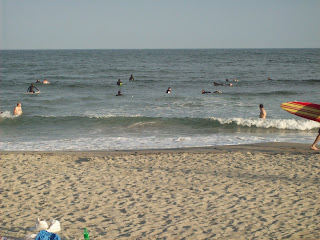 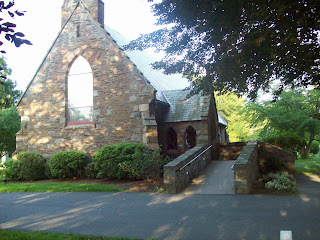 Naturally we took the shortcut back to the bike shop. (we got lost), and arrived right about dusk. There was plenty of soda and pizza to go around and lots of talk of the ride.  I park quite a way from the start/finish point which lets me ride through Newport at night.  It's the highlight of the evening for me. Riding alone throught the historic side streets under a full moon.  Nice.
Pizza for all 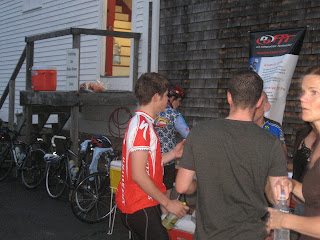 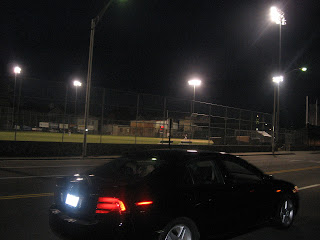 Posted by amidnightrider at 10:44 AM