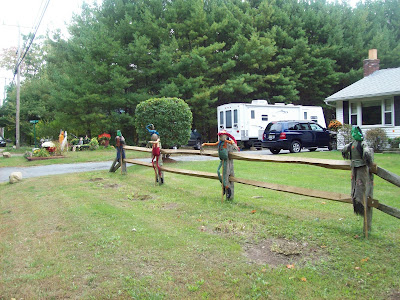 Halloween is approaching
Distance         41.5 Miles
Max Speed    28.5 MPH
Ave Speed     12.6 MPH
Pedal Time     3:18
Temp             76F
The original plan was to ride to the Cape Cod Canal bike way in Bourne, MA. and maybe take a spin around Mass Maritime Academy.   First order was to explore some of the side streets along the resort town of Onset, which is a short ride from the Canal town of Buzzards Bay.  While riding around Onset the weather began to deteriorate getting very foggy, damp and overcast.  There are storms in the area which encouraged the decision to return the 20 miles to Fairhaven.

There is one short stretch that connects Onset to Wareham, MA that it's best to ride on the sidewalk.  The road is too narrow for bikes, and vehicles traveling at a pretty good clip, to share safely.  The only other traffic on the sidewalk today, as any other day, was a couple of other cyclists. It was on the walkway that the front tire began to loose air.  Removing the tire was a bit of a struggle which was exacerbated by the humidity.

I couldn't find either the cause of the flat nor the hole in the tube. Pouring water from my supply was no help and that struck me as odd.  It took a good 30 minutes to complete the task and in the past this would have bothered my.  Those were the days that I also didn't like getting passed by a stranger and I would also work very hard to catch another bike on the road.  I now subscribe to the idea that if I were in a hurry, I shouldn't be on a bike. I did stop for a break once I got to the center of Wareham, sat on a bench and very methodically did a visual inspection of the flattened tube.  Sure enough the puncture was found and patched. I'll reinstall that tube first chance I get and put the new one back in the bag.

The bridge to Independence Point in Onset, MA. 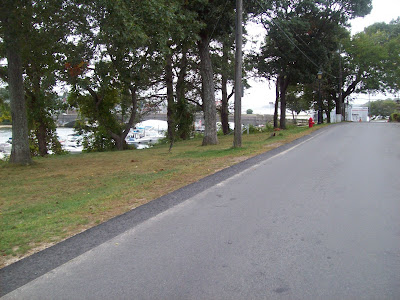 Not a dead end. Simply a bimodal route. 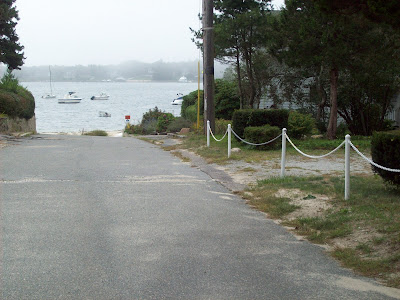 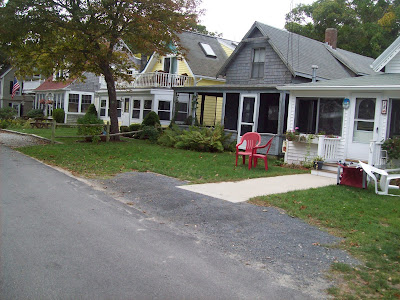 The Inn at Independence Point 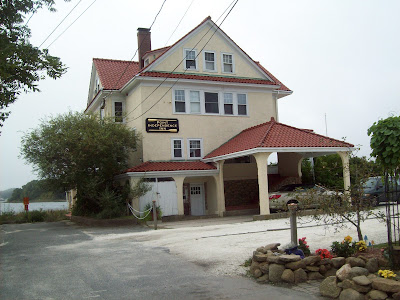 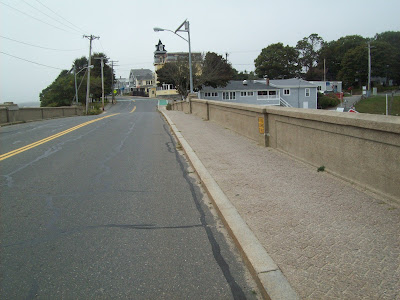 Empty beaches. All the tourist have gone 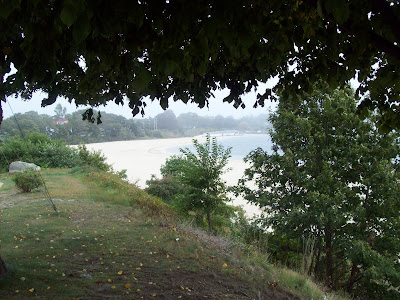 Posted by amidnightrider at 5:41 PM