We Call IT Utility Riding. 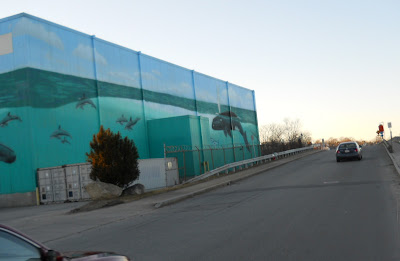 The weather has been closer to normal the past few days but even though it's February normal, riding is still somewhat comfortable.  Those who winter ride know that we get just as cold as anyone else but have learned to go with it.  A case in point is that I invited a friend to ride into town to do some errands.  He started to complain about the cold until I told him, I'm cold too but don't mind it.  Those who do athletic things like running and skiing or work outside learn to live with the cold.   So can bike riders. Personally I think it's a mental thing.  I have suffered being out in the cold , yet felt comfortable on days that were much colder than the so called suffering days.

The second ride was into New Bedford for indoor soccer with the high school kids.  The underclassmen at 5 and the first team at 7.  Riding over the bridge at 4PM was not bad at all.  Riding home at 8:30 pm was cold. Ironically I enjoyed the latter commute more.  A big part was the wind at my back and going down hill most of the way I'm sure.  But it was still kind of neat riding at night on February 3rd.

Afternoon ride through the neighborhood in Fairhaven, MA. 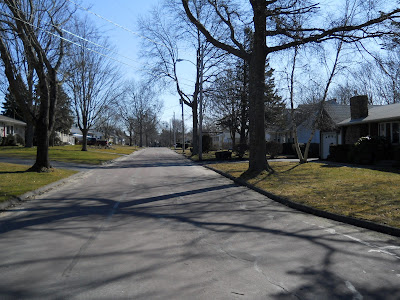 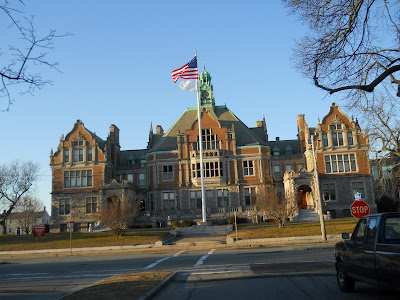 I am a lumberjack and I'm OK. 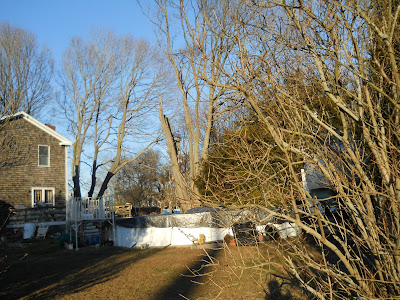 New Bedford, Ma has a fleet of more than 350 fishing boats. 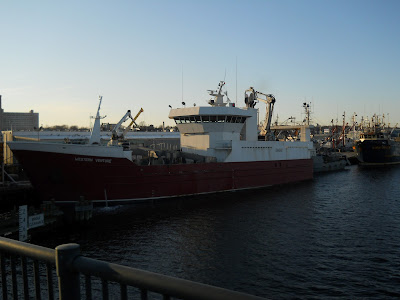 Not much room for Ma's Mini Cooper with all those bikes and the bike shop. 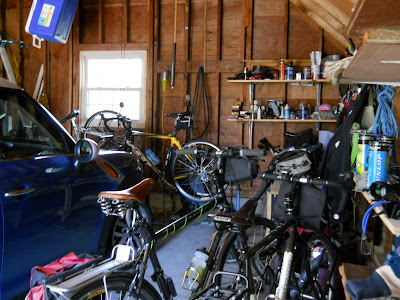 Posted by amidnightrider at 6:51 PM