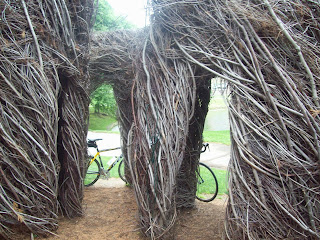 Brandon and I drove to Taunton, Ma. for our final ride together. We did a 30 mile loop and one of the things I wanted to show him was the local college. Wheaton at one time was a Women only college and went co-ed sometime around 1980. It still draw many more females and it can be visually pleasant to ride through the campus. 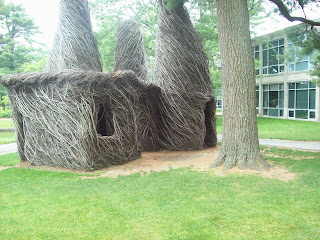 There were threats of heavy rain, Boston got 4 inches in less than an hour, so we rode back to the car and decided on a lunch spot.

When we arrived at Star Drive In, off exit 10 of rt 140 in Lakeville, Ma. We noticed it was loaded with motorcycles. We were told it was a vintage bike club and was the oldest bike club in the country. Lots of people on Harleys regularly stop at "the Star". The one thing we always notice about the Harley riders is that they are like chameleons. They look like tough guys when riding, but once off the bike, most are old, fat, and usually nerdy. Not much different from people on bicycles. We look OK while riding, but once we get off the bike, those outfits we sometimes wear make us look freaky. It's not only the spandex types either. The messengers, commuters, and many shoppers can get a bit eccentric. But hey, that's our and their style.

Brandon is leaving for Austin TX today or tomorrow and I'll be off on holiday where my next postings will be from somewhere in Colorado where I'll be spending a week hiking and biking with wifey and #1 Son. 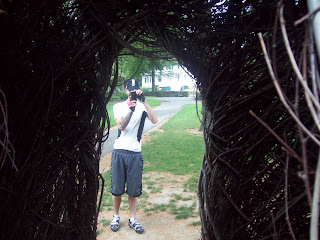 Of course we will be watching football all week too. Go US.
Posted by amidnightrider at 6:19 AM