Yesterday was cold and windy so I used the opportunity to bring clothes and some soup to work. Soup??? Yea soup. I could be messy trying to bring a few days worth of vegetable soup in a backpack. 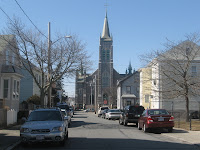 Today was a classic ride over to New Bedford. It's where the big Homeland Security bust took place last week. It's really causing a furor around here. 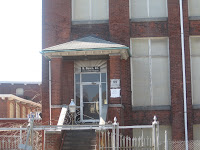 All the righties are in an uproar over the "illegal" workers. And all the lefties are in a conundrum over the owners who took advantage of the immigrants. 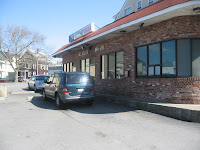 The pizza shop is where the workers could get their fake Social Security and Green cards for a price.

The weather report are very promising for bike commuting all week. I am working the weekend also. Seven days concurrent riding would be a treat. The only possible problem is the time change that just went into effect. I don't know how the roads will be at 6AM. That's now daybreak, the coldest part of the day and the time when black ice forms. Could be fun I guess. 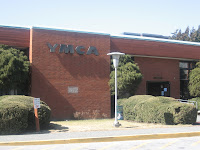 The YMCA, or as the locals say, da why, is my gym of choice. I have been a member since 72 and it also has a good racquetball crowd and courts. 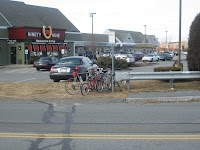 Plenty of people, bikes and dogs out today. It was near 50F and felt a whole lot better that that after two weeks of sub zero temps. This family biked to lunch at Pub 99. A favorite of mine by the way. 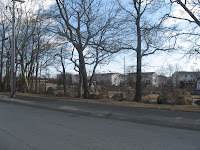 I got a good 17 miles in today and the camera was active also. There are a couple of route choices getting around town. This one is behind the super market complex and it parallels the road and the bike path. 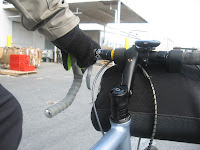 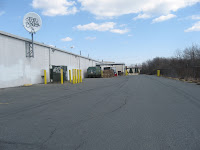 Another view from behind the supermarket. 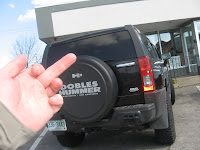 This one's for Keith
Posted by amidnightrider at 3:27 PM