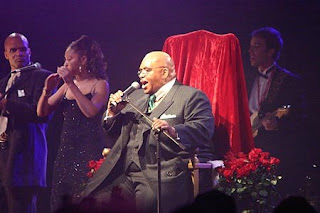 Saturday nights are usually "dinner with the Johnsons" and sometimes Crys. I heard a famous singer was in town and told wifey that I would have loved to get tickets. We bantered back and forth, because I didn't think she would like this type of show. How wrong I was about that. Even though she didn't know who he was, she got us tickets. $35 each was not bad at all.

The Johnsons were not interested so Sue and I went for a pre show dinner at Freestones City Grill. The restaurant is just a couple of blocks from the theater and their menu looks standard, but many of the items are not as common as they seem.

A full moon lit our way as we walked the two blocks to the show. We ran into a few friends and a couple of my co workers outside the theater. The clear warm night added just the right amount of ambiance to put the crowd into a relaxing mood.

A DJ from my favorite radio station WMVY on Martha's Vineyard, took the stage to introduce the star. Here is when we were told that the show was being simulcast worldwide via the web and MVY radio. That really put some jump in everyones step. From that moment on, it was paaaa tay. Then he said it.

"Ladies and Gentlemen, put your hands together, stand up and welcome to our stage and the world stage, Grammy Award winner.....

Side note: There was a familiar face at the end of the isle. On the way out I asked him, "do you believe in magic"? He smiled and said, "In a young girls heart". 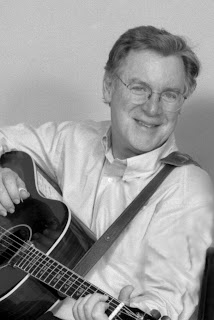 Posted by amidnightrider at 2:16 PM