A blog friend put the bug in my ear to do a night ride.


Riding up Union St. in New Bedford, I got a glimpse of this sight. 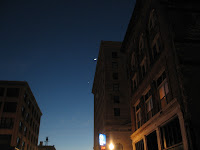 I was riding in Fairhaven as the sun was setting. 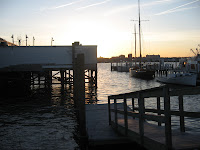 I took a different route into downtown to avoid having to cross a four lane highway. There are traffic lights, but it's still difficult to cross. 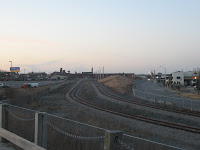 The state has been repairing the rail tracks in anticipation of the commuter train to Boston. I am not sure if that will help or hurt New Bedford. The train will allow people to take advantage of the low housing costs, but it will also rapidly raise the costs dramatically as the demand rises. Personally, I like it like it is now. 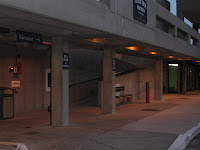 The new route took me to an overpass that crosses Rt6 from the bridge into the city. 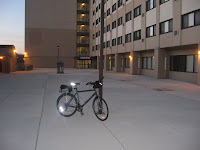 This is the courtyard of the senior housing complex.


I did manage to get a this last photo before my batteries died out. 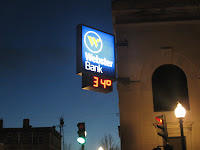 A stop in a downtown cafe for a double expresso topped of the evening before the five mile ride home in the dark. Riding through town was fine, but the bike path was very dark.
Posted by amidnightrider at 6:12 PM