Temps In The 50's And So Was the Wind

The wind was not quite that bad but the whole ride was akin to climbing a mountain. There were a few spots where we were cruising in the high teens and almost immediately dropped to under 10mph when the gust hit.   I was spent when we got home, but then again I'm very much out of shape.  Unless one considers round a shape.  I'm working on it though thanks to fellow bike blogger Tex in Louisville who recommended Gary Taubes book on weight management.   It works I'm down 7 in one week.
After todays root canal (don't ask), We set out on one of the popular routes through the back roads of SouthCoast MA. 20 miles today at a decent clip considering the resistance imposed by mother nature.


A Midnight Rider.  Not to be confused with A Fat Cyclist.  Then again.... 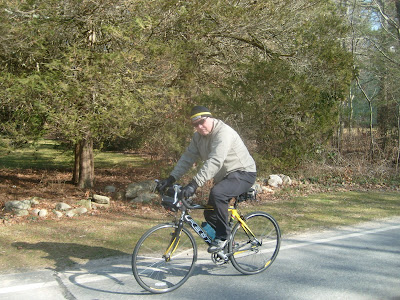 Crossing the bridge over MA. Rt. 195 to Cape Cod 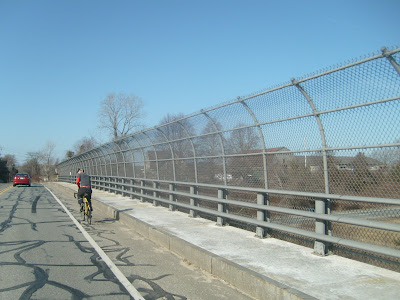 No helmet, ear phones, no hands.   The Advocacy and Safety group over at Bike Forums would have a field day with this one. 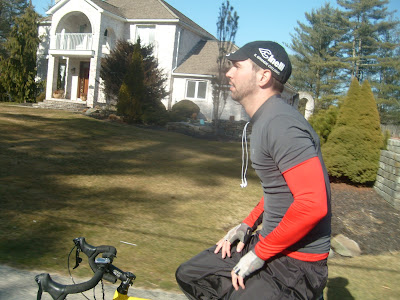 Two rottweilers and a chihuahua 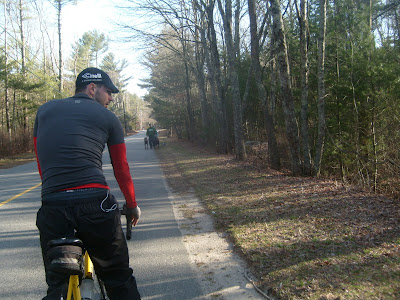 Bikes are back in the stable after the ride. 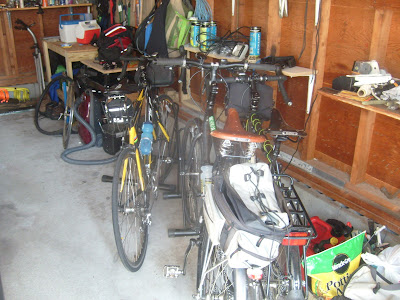 Posted by amidnightrider at 2:41 PM