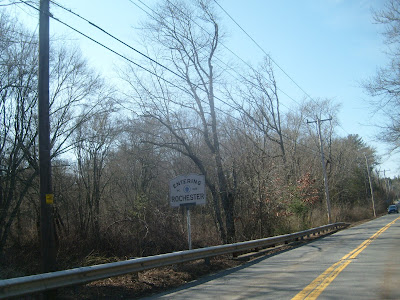 Dave called and offered a ride beginning at noon. Brandon and I were walking the dog's and he asked, "does Dave know how windy it is right now". We both wondered if Dave would call and cancle because the wind made it chillier than the 50F on the thermo-meter. We prepared to go with or without Dave but he shoed up as promised. We won't doubt him again.

It was windy and we all felt the chill on the outbound leg. We stopped at Tabor Academy where I saw a couple of kids shooting soccer balls.  I commented on their technique to my riding pals and told them I had shown some indoor players the same technique at yesterday's game.   When one of the soccer balls came our way and a player came to fetch it, I saw it was of those at the game.  To see them working on their own was a pretty good feeling.  BTW,  both were banging "crackers" when they hit it properly.

We did a 25 mile loop through Rochester and Mattapoisett, Ma. often fighting some decent headwinds.  We stopped midway for a Dunkin Donut break that took the chill out for the return leg.  Coffee only BTW.

Age has it's differences.  Brandon at 27 was out in two shirts.  Dave wore enough for an arctic exploration. I was somewhere in the middle. More towards Dave's style. 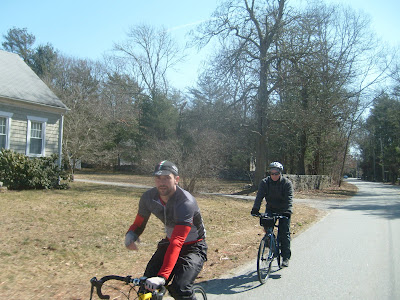 Then there is Mr. Ward in his 90's who dressed more toward Brandon's style. Shirt and suspenders, with a belt also of course. 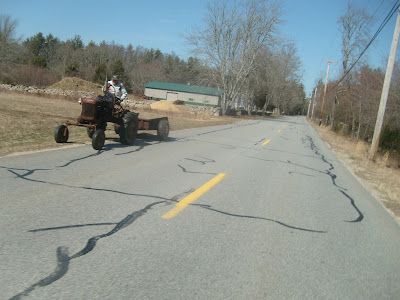 This hot rod brushed me while passing and this gives a hint at how close he passed Brandon. 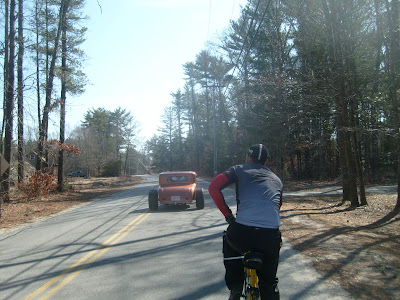 When the tractor breaks, just leave it. 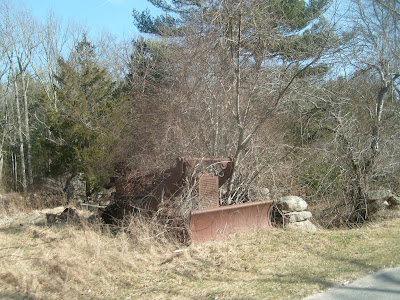 Which came first, the tractor of the farmer? 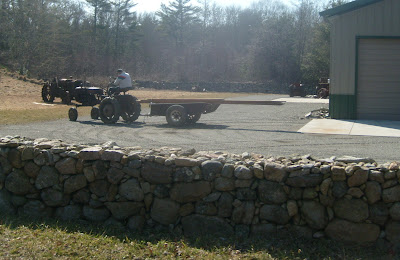 Posted by amidnightrider at 1:35 PM