The work commute is nice but it is also pretty predicable and mundane. When something different happens it can cause the body to start firing up the brain electrodes. Kind of like pushing the start button on a gas grill. Sometimes it lights, sometimes not.

Today's commute took a couple of snaps of the button. I saw the fire engines turn into one of the huge trucking outfits about a quarter mile up the road. I road bye my usual turn off, to take a look. When I passed the firm, the fire equipment was way in the back of the property. I rode past and caught a glimpse, before deciding to turn back and see what was up. I didn't want to ride onto their property, then though, "cheese, it's 7AM on a Sunday. Whose going to complain?" "Or know?" 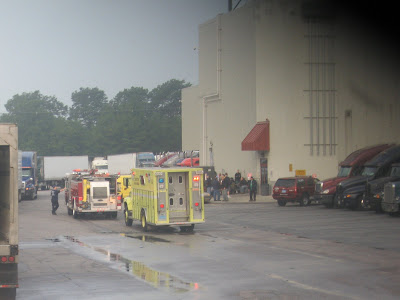 I was struck by how many people were working back there, and how many trucks were being loaded.

I then noticed the lack of urgency among the firemen and realized it was a false alarm. 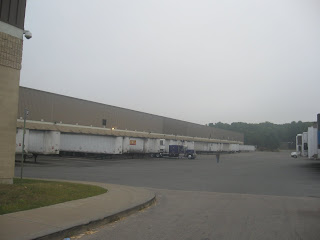 As I got closer to the office, I decided to ride through another trucking triage area. Like the woods along side a fairway looking for golf balls, these lots are a good source of ten, twenty and sometimes larger bills that have been dropped by truckers. Unfortunately this guy had the same idea. I hope he did ok.


The industrial park roads are quiet on the weekends and especially so on Sundays. The park was originally a WWII POW camp, and there is still plenty of the original streets, overgrown and bumpy, but very much rideable. With some imagination you can hear the Italian POW's and their GI guards getting through their mundane days. 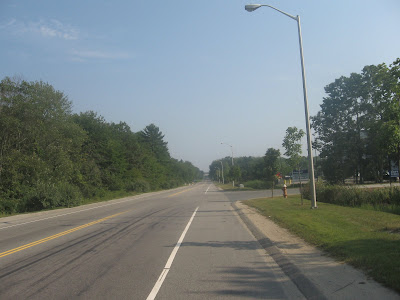 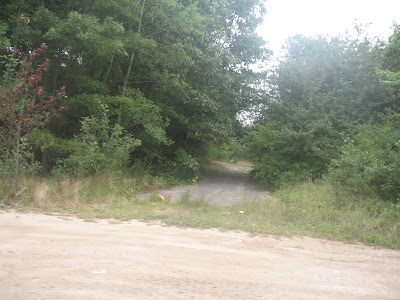 Where the POW's and the GI's roamed.

Posted by amidnightrider at 4:47 PM