Sunset on the Dinner Train 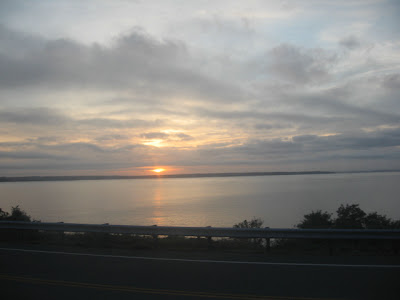 A weekend spent working again. On the bright side, the Revs are playing and the stadium is only three exits up the road. The match is at 7:30PM and I get out of work at four. Those facts made today a logical ride to work day, allowing a 21 mile ride, with time to shower, change and still get to the tailgate. It is going to be hot though, around 90ish. 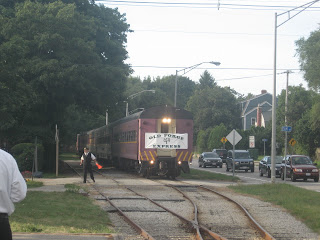 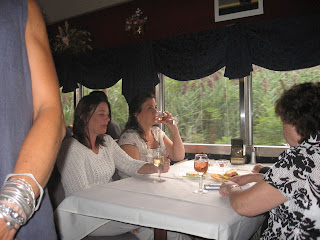 Sue and I got an invitation to experience the Dinner Train in Newport R.I. 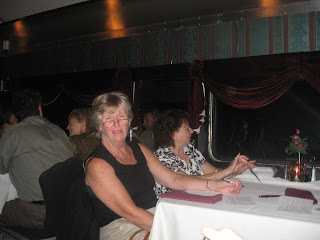 Four of Sue's friends and co-workers were our companions for the evening. 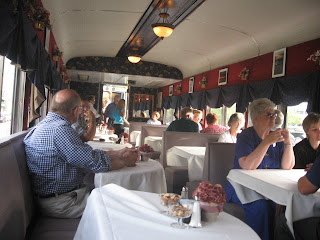 The train rolls slowly north for an hour, stops and rolls south to the starting point. It's always on a slight tilt making sitting quite uncomfortable. (trying to keep yourself in the chair).


We all piled into the cocktail car for the first part of the journey. A couple of speeches by our host, (our financial company) before stopping for a group picture. 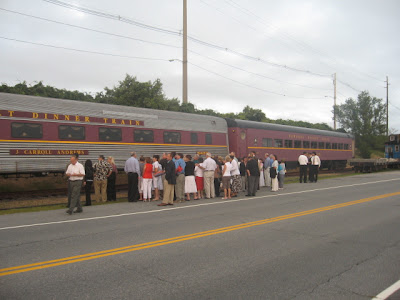 We all gathered for a group photo with the train at our backs. 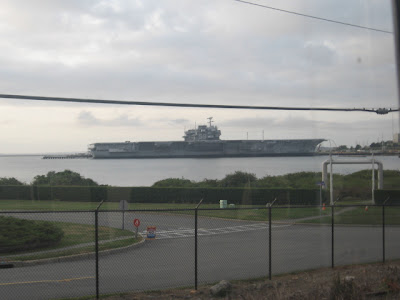 Actually what was behind the camera was pretty impressive too. The USS Saratoga, a retired air craft carrier. But as we passed the bohemoth what was more impressive was.... 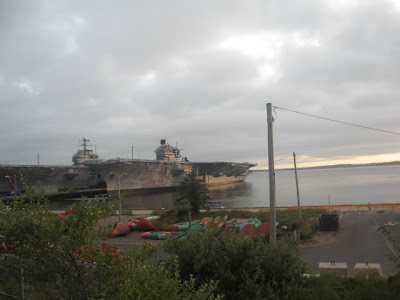 ...there are two carriers. Next to the Saratoga sits the USS Forrestal. Impressive no?

We reboarded the train into the dinning car this time. In the cocktail car we were "entertained" by a guy who looked a lot like Frazier Crain. All the staff were from Serbia and very friendly and professional. The food was ok, but as mentioned earlier, the company was great. 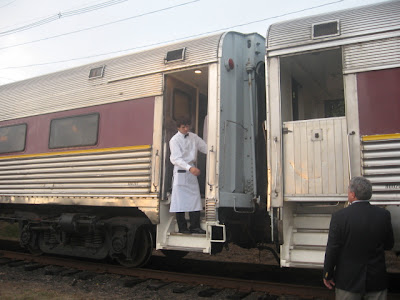 "This way for the dinner train" 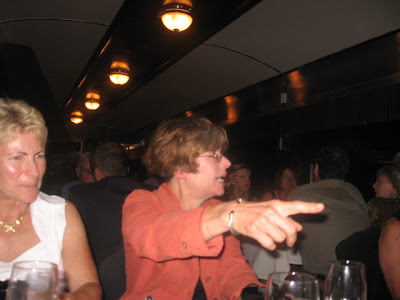 Sue and the life of the party, Marian. 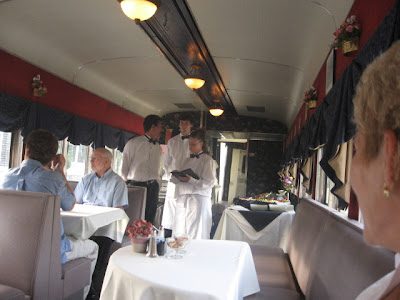 Some of the staff. 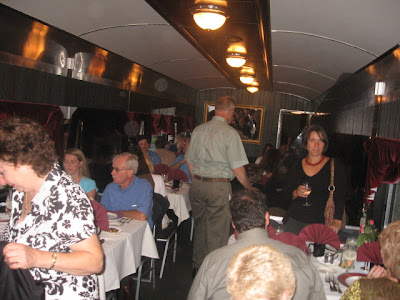 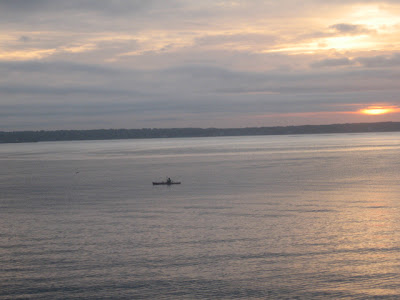 Posted by amidnightrider at 6:38 AM